I attended the Moda Portugal Fashion Design Competition in Porto this week and was impressed with the quality of the collections showcased, as well as the organisation of the event. International guests were flown in to the beautiful and historical city of Porto where the textile industry occupies a major spot, impacting the economy of the whole region. It’s also an area famous for its leather goods, from footwear lines to the crafting of handbags. The goal of the competition was dual: celebrate and promote young talent while underlining the strength of the textile and footwear industries in Portugal, a thriving segment that keeps attracting global brands for their own production. We visited several factories in the region, including Calvelex, Polopique, Adalberto Estampados and Crispim & Abreu, and the investment for innovation and digital processes was significant there, emphasizing the fact that Made in Portugal has a certain cachet for designers now.

The competition took place in the lavish Palácio da Bolsa, an impressive landmark of the city, which was built during the 19th Century. Designers had to defend their work in front of an international jury before the individuals presentations took place. The big winner of the night was Cyril Bourez, who graduated from La Cambre Mode[s]. His collection had already made an impression last June, given its celebratory nature and technical prowess. Bourez walked away with the Best Overall Collection Award, worth 5000€, and the Best Collection per Country award, worth 2500€. The Best Overall Footwear Award went to Portuguese designer Daniel Gonçalves -a graduate of The Lisbon School of Design- whose sturdy boot was rugged and sexy, taking inspiration from Portugal’s maritime industry and its graphic workwear. He used metal, rope and raw materials to convey a masculine -but also deconstructed- feel.

The overall event, which was made possible by the CENIT and ANIVEC in partnership with APICCAPS, also included conferences around key topics for fashion professionals, such as sustainable design and new means of production. Portugal does a lot to support its footwear and textile industries -promoting their know-how and expertise internationally- something other European countries should definitely learn from. 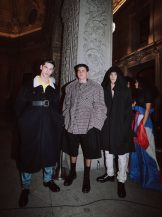 Processed with VSCO with q5 preset 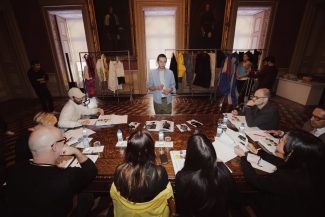 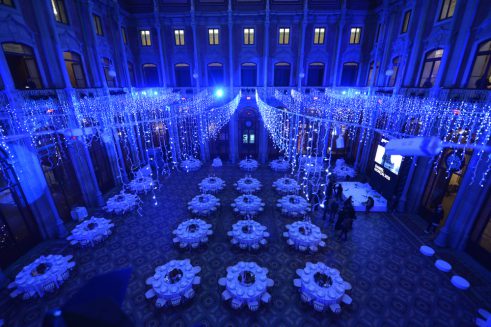