I attended the 3rd edition of Fashion Talks at Waagnatie in Antwerp, which included critically acclaimed and prestigious speakers this year, such as Dries Van Noten, Geert Bruloot, Tommy Ton and Bruno Pieters. The event gathered fashion professionals from all around the globe and even though the actual talks were not as groundbreaking or innovative as they had been during previous editions, they pushed you to think further about the future of the industry and fresh alternatives for designers now. During his chat with Jessica Michault, street style photographer Tommy Ton came across as humble, realistic and kind, despite being aware of his own success within the industry. It was interesting to see how he was active in his field while remaining critical of it, something you wouldn’t necessarily expect from such an influential figure. The last talk and highlight of the day was Vanessa Friedman’s interview of Dries Van Noten, who was honored by the Belgian monarchy this year with the title of Baron, underlining the importance of his contribution to Belgium. Dries is an emblematic and deeply inspiring figure within an unstable fashion landscape, a hardworking and modest man who stuck to his guns and believed in his own vision. After all these years in fashion, he still has the same passion and dedication for his craft and knew how to communicate this to the audience. That was enough to keep everyone in the room smiling. 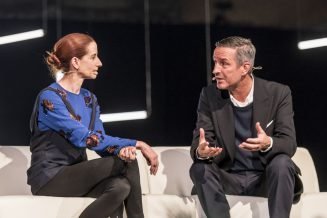 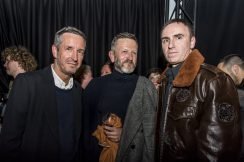 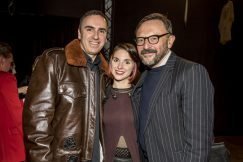