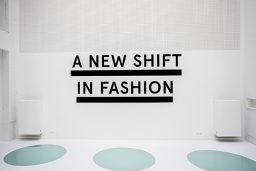 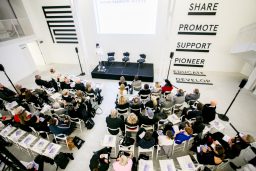 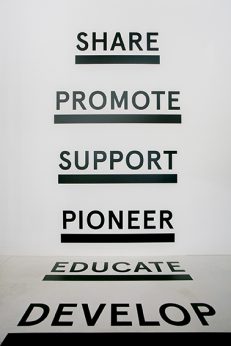 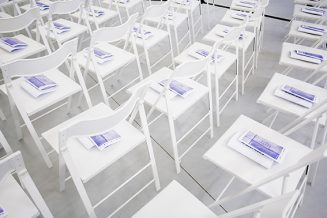 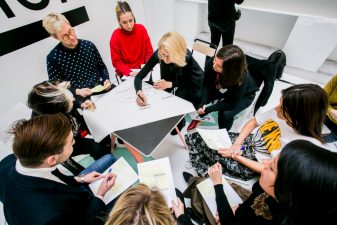 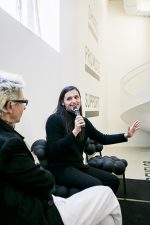 The 4th edition of MADIFESTO, which took place in Brussels last week, was rich in surprises and emotions, announcing a new and very ambitious European project. In association with 7 other European fashion councils and organizations -as well as more than 20 associate partners- MAD introduced the UNITED FASHION project, which will be co-financed by the European Commission. This is a significant step towards building a stronger fashion industry within Europe, particularly for independent businesses and young designers. The idea is also to replicate the structure of the CFDA in the US, promoting and helping brands to grow and develop. Lectures and workshops took place in MAD’s striking building over a period of two days in the center of town, emphasizing key issues within the industry now, such as sustainability, education, production, distribution and the use of technology. All participants agreed that fast fashion had profoundly changed the landscape of branded clothing, mostly to detrimental effect, damaging the environment and removing us from the true value of garments, something independent designers have always stood for until now. The event was a great way to reconnect with these core values, and Olivier Theyskens’ fascinating conversation with Lydia Kamitsis highlighted his passion and longevity as an independent designer, returning to his eponymous brand after having worked for larger companies, such as Rochas and Nina Ricci. It’s been 20 years since the Brussels born designer started showing his incredible collections in Paris, and it was inspiring to hear his thoughts on the MoMu exhibition that celebrates his talent in Antwerp. With Belgian designers creatively leading key houses in the world, such as Raf Simons at Calvin Klein, Kris Van Assche at Dior Homme or Anthony Vaccarello at Saint Laurent, the influence of Belgian voices is here to stay, shaped by innovation, singularity and a refreshing sense of pragmatism.