I paid a visit to Musée Yves Saint Laurent last night and it was truly overwhelming, also because it was the original location of the atelier. The dresses that left a mark in our memories and made history such as the Mondrian dress, the Sahara dress or the tuxedo were their visible and nearly touchable by the selected crowd that attended the opening. It is quite astonishing to think about the variety of his designs, especially looking at the exoticism section. Monsieur Laurent sought inspiration from a variety of sources, even if he used to say that the best travel he made were on his sofa reading books, he came up with a vision of fairway lands, where his amazing imagination took him to Morocco (a country he actually went to and where he bought a house), Africa, Russia Spain and Asia. He drew colors and fabrics from all these countries to create a unique mix. However passing through the sections of the exhibition, to me the most interesting part has been the studio, where everything came to life, where all the genius of Yves acted all free, with boxes full of magic. Lying at the heart of the haute couture house was the studio, which was the center of all the activities of the Maison for nearly thirty years. The rest of the house is a typical French old fashion and sumptuous house, but the studio is anything but  that. A bright minimal space where the Master was able to express himself. A little desk with his pair of glasses, his pencils, surrounded by fabrics, costume jewelry and sketches is a must-see, you could picture him concentrated in creating. But how did it really work for him? What was the creative process? Yves first studied the model’s reflection in the mirror, to see how the garment was. After that the sketches were given to his team, each item was presented as a “toile”, a cotton version made for each style that provided an idea on how the garment could be in real proportions. The toile was worn by a model who also catwalk in the studio for the designer and his team, that gave an indication about the proportions, the cut and the silhouette. Behind the desks textiles, buttons and embroideries archive as well as a collection of books where you could find his aesthetic phantoms, that in his mind were all the people that he admired: painters, composers, dancers. Saint Laurent enjoyed interpreting their art in his own designs saying that “In order to live and survive, every man has to have what Nietzsche called aesthetic phantoms”. It was like being with him and his squad, Pierre included, in the silence of this room that not everyone noticed last night. 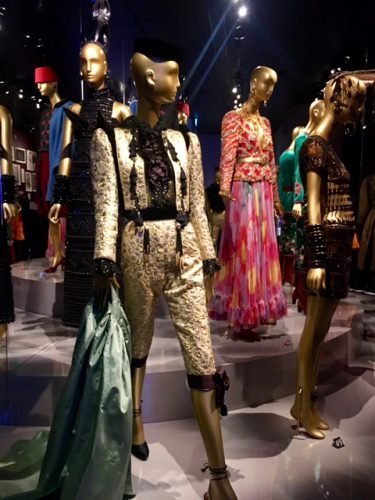 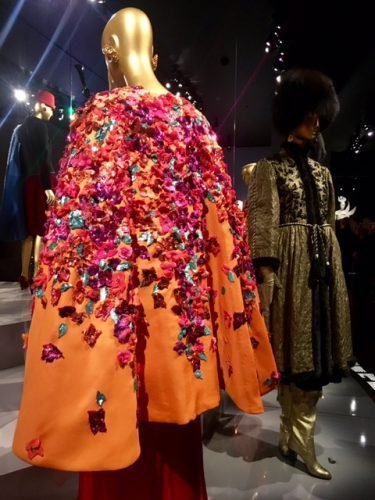 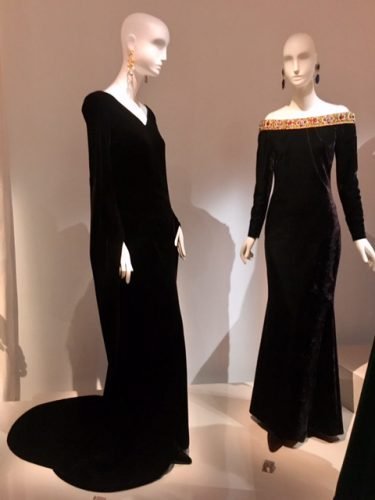 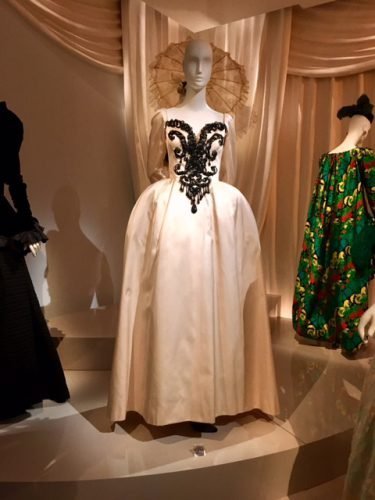 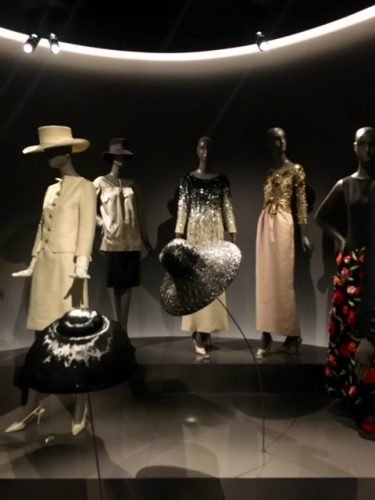 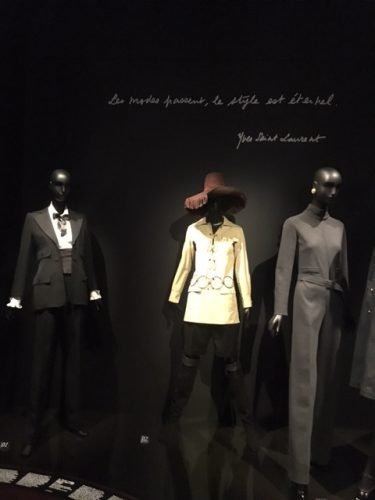 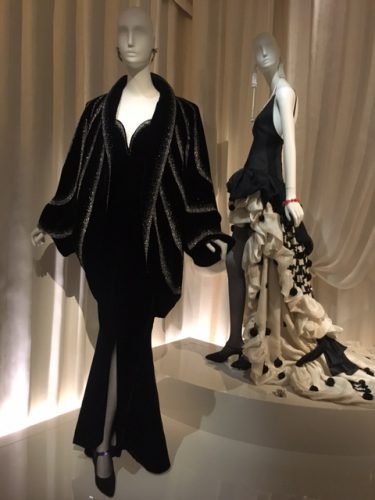 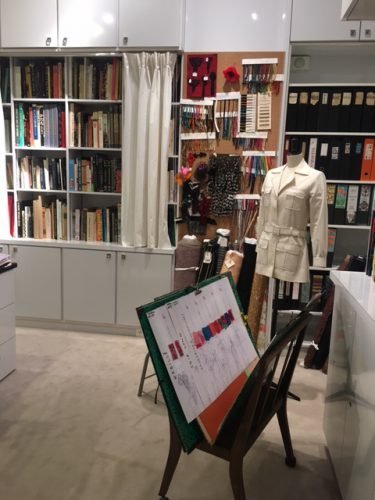 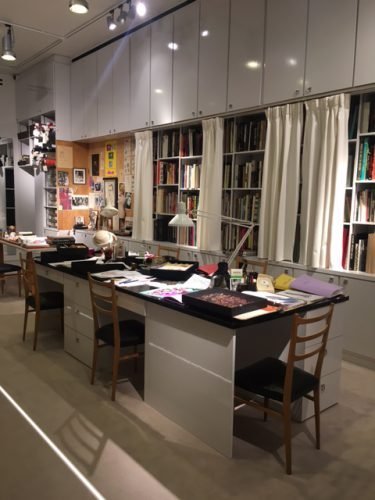 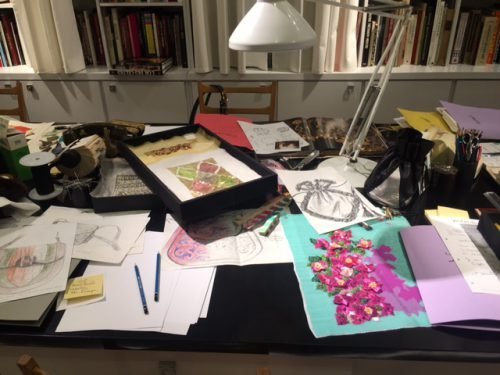 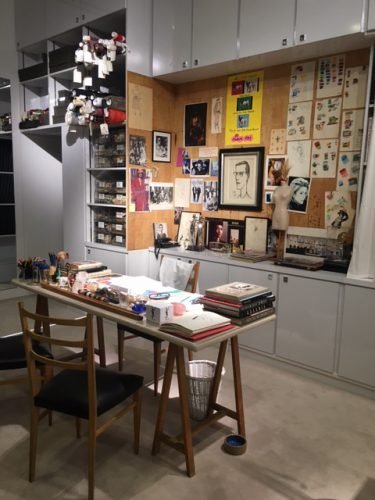 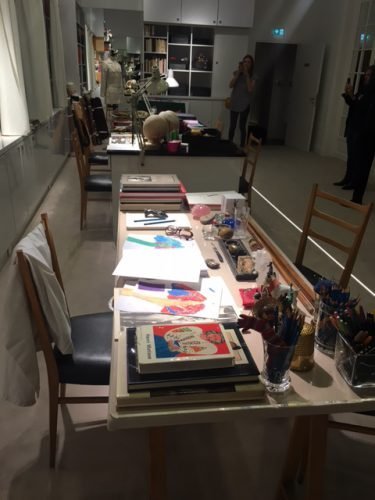 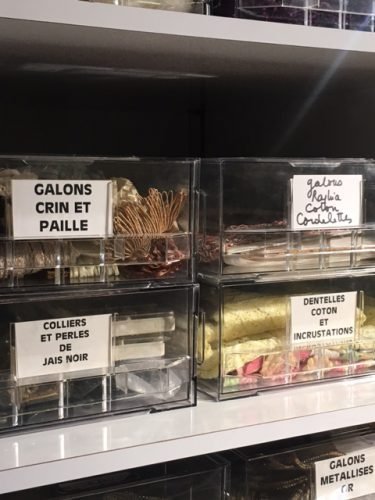 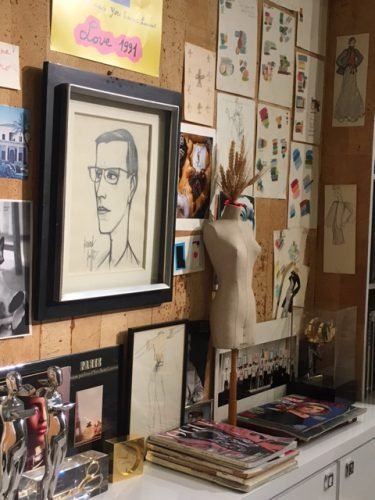 Fashion has always been her true calling since she started working as fashion editor and stylist with publications of the likes of Made05, Rolling Stone, Grazia, Glamour, Vogue.it, i-d, asvof.com, d.repubblica.it, La Repubblica and Hunger, always cultivating a side interest in artistic perfumery and everything curious, from travels to music, from food to digital. She is also contributor for VOGUE ITALIA for the talents section and Esquire Italy. Her passion lies in discovering new fashion trends, emerging designers and interviewing interesting people all over the world. She also has started to work as stylist for shows and presentations, among the brands Giorgia works with you can find: Situationist, Ssheena, Ellassay, Birkenstock. Diane Pernet is her mentor and one of the most important people in Giorgia’s life.