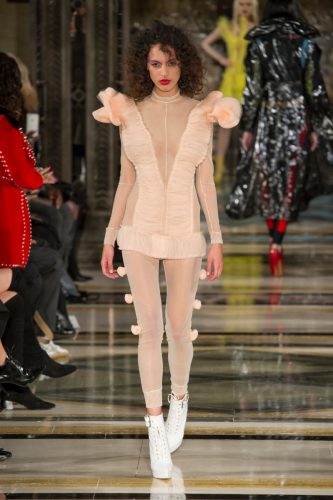 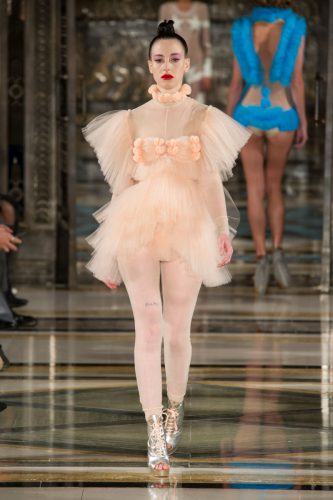 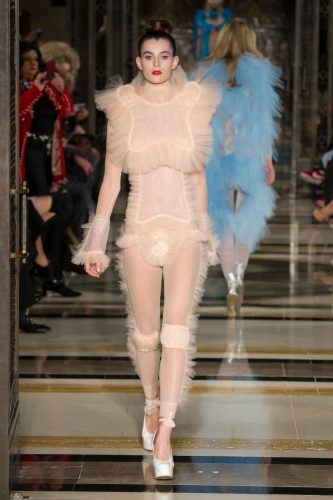 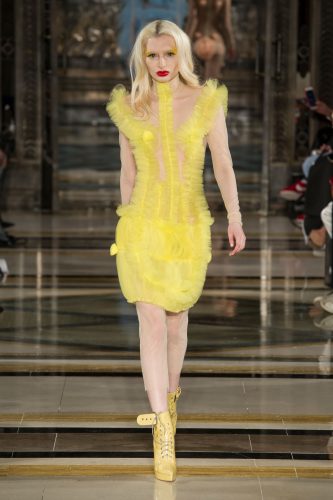 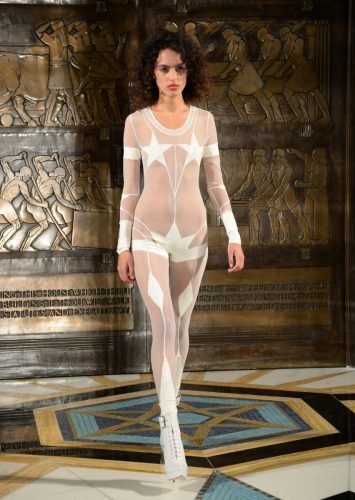 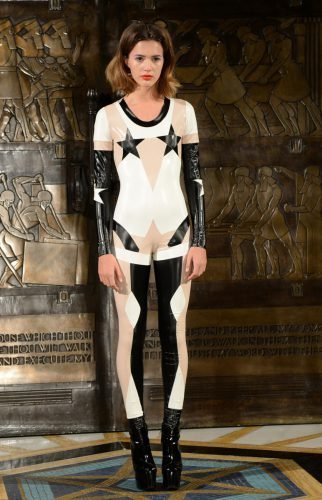 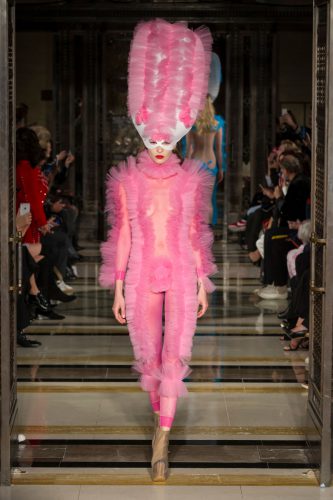 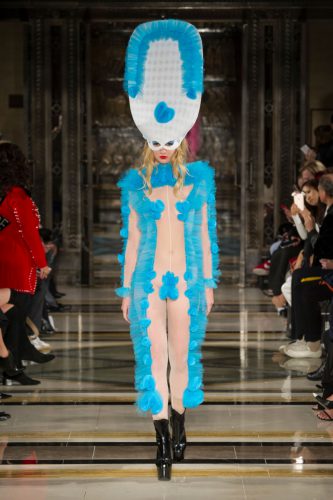 If you go down in the woods today, you’d better go in disguise. If you go down to the club instead, you may want to pick up one of Pam Hogg’s designs. To the notes of The Teddy Bears’ Picnic, Doctor Hogg’s spring 2018 on-schedule show opened with a series of plumose tulle looks on a sheer mesh base, finished with Colombina masks and pompoms, tail-like tufts in blush pinks and powder blues. Like teddy bears or exotic birds, perched on their teetering high wedges. As the music went on they shed their furs and plumes, and the transparent bodysuits beneath only allowed for opaque stars conveniently placed over breasts and groin, for modesty or cheek: the collection’s title was INNOCENCE, indeed. But the fil rouge of the disguise, the masquerade, ran throughout the show – and by the time Pam’s signature skintight lycra catsuits walked in, in primary colours and geometric patterns, similarly dressed 1980s cartoon heroines with their secret identities came to mind. The Kisugi sisters say, or Jem and the Holograms. The latter especially felt relevant, for these are garments made for the stage: Pam’s own bread and butter, as regular frow-ers such as Nick Cave and Bobby Gillespie were there to remind us. But this time she offered an almost casual alternative too, fit for her more demure fans. Lightweight trench coats in soft shades of rubberised lace, whose see-through shock impact will fully depend on the wearer – and what’s worn underneath, or isn’t. 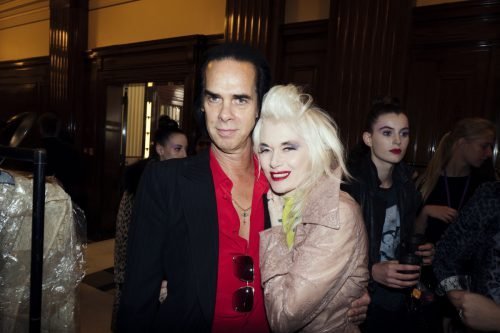 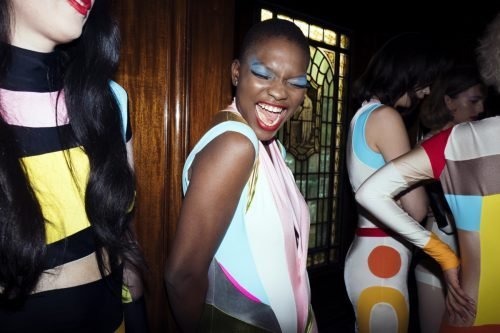 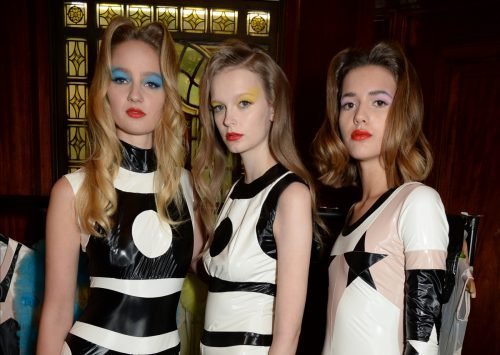 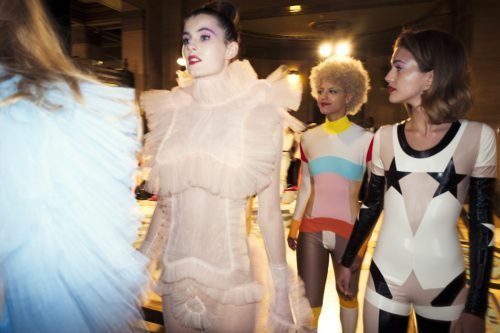 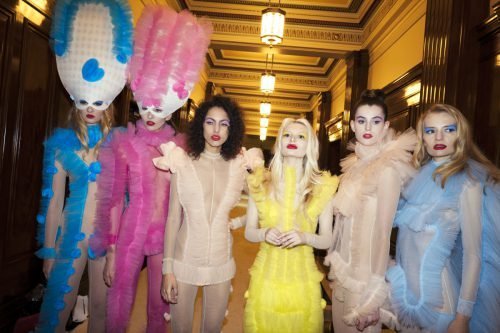 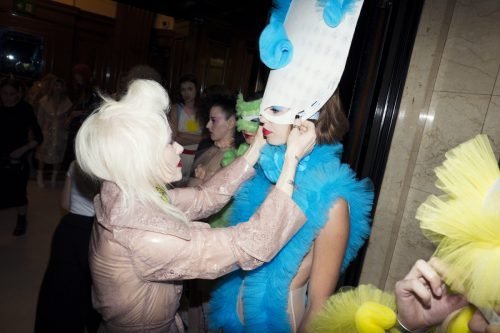