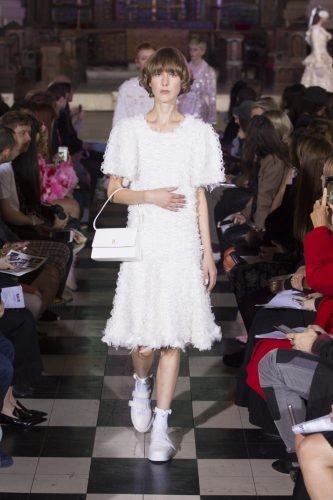 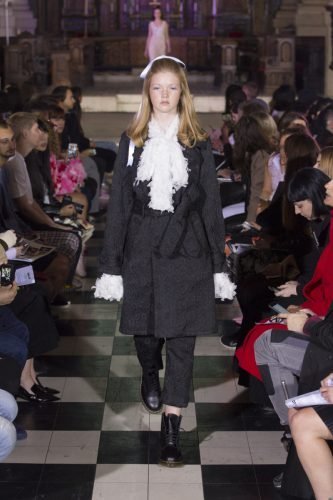 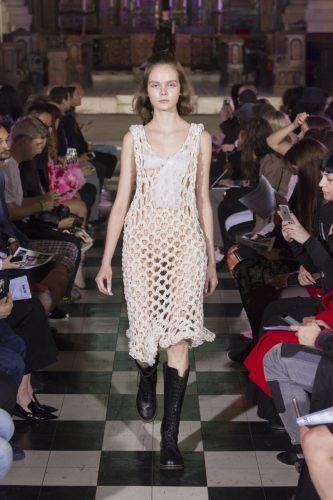 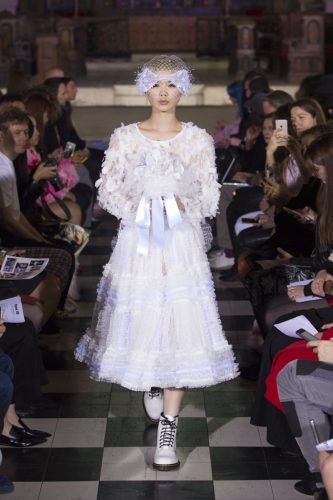 On Friday afternoon we went to a wedding: a groomless wedding as it were, but conventionally ripe with rituals. It was held in St Sepulchre Without Newgate, lit by the dewy light filtered through a stained glass crucifixion, which gave Ryan LO’s first monochrome collection the hint of a signature pink glow. We sat on wooden pegs and ate sugared almonds as a parade of polyamorous brides walked by, the church’s chessboard tiles marching the virginal whites and gothic blacks of their looks. Familiarly LO were the cascading tiers of tulle, nearly alive with quivers of nuptial expectations – and rosebud appliqués on socks, lace and chiffon smocks. There were netting veils, a snowy bouquet, and ropes of pearls, a whole slip-on dress made out of them even. Dr Martens boots offset the froth and grounded the ceremony in yet more time-honoured British traditions: Tilda Swinton shredding her bridal gown in The Last of England comes to mind, but Ryan LO, who according to the show notes is celebrating gaining British citizenship, much prefers to look at his new homeland through his very own pair of rose-tinted glasses. Courtesy of Stephen Jones, the models’ top hats were inspired by Winston Churchill’s homburg, and LO even secured a collaboration with Launer, the maker of Her Royal Majesty’s very own purses. Pages off the designer’s moodboard were left on our pegs for us to peruse – his seasonal references ranged from the coronation gowns of Queen Elizabeth, I and II, to that of Cate Blanchett as Elizabeth in The Golden Age, to pretty much the entirety of Princess Diana’s wardrobe. 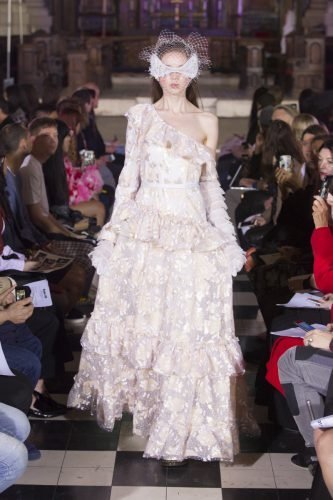 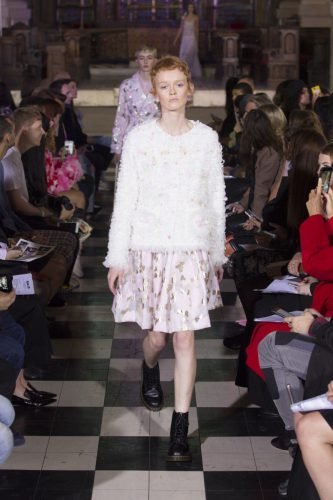 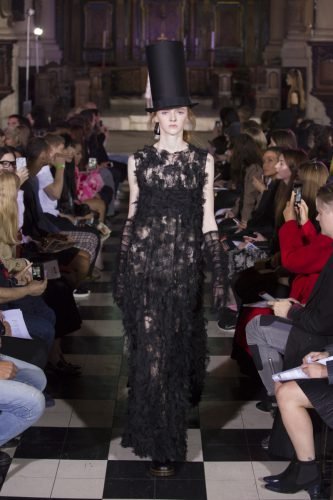 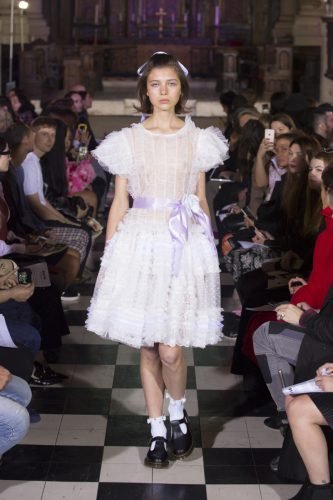