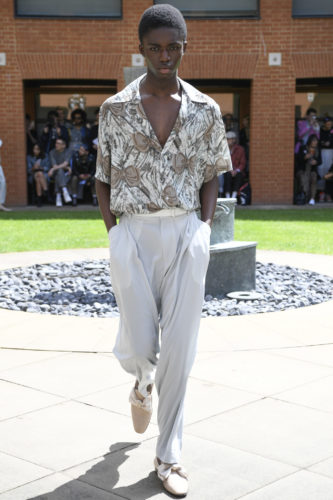 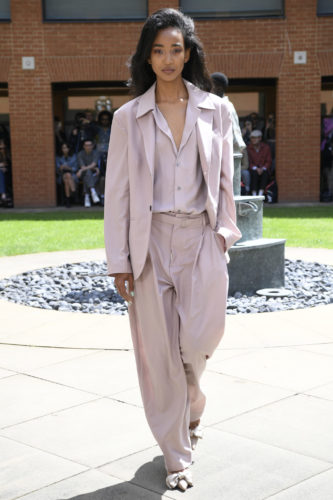 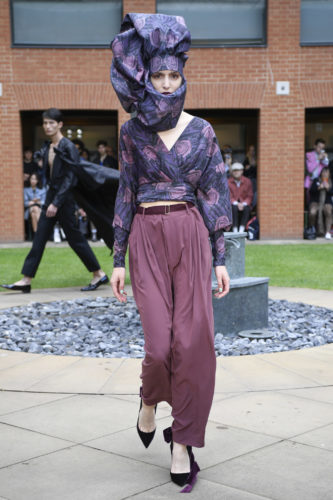 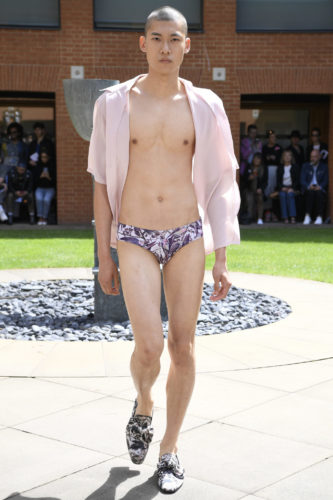 If anyone had wondered whether the 300K of his Woolmark Prize double win in February were going to go to his head, Edward Crutchley has proved them wrong today by placing chintz on the pedestal. The flavour of the bourgeoisie – or rather of social climbing – was there, but only insofar as the designer had worked it through the lenses of a not too fictional 1980s British suburbia, with not quite enough malice so as to look down on it, but a lightweight playfulness traced with nostalgia instead. This women-cum-menswear season, according to the show notes, “mourns the decline of the British floral”. Alongside a scattering of botanical prints there were parrots as patterns for loafers or speedos, and throughout the collection bows inspired by a legendary 1981 dinner set by Argos, the British catalogue retailer. Not only as a twee pattern on silk satin, but as earrings, and stuck to Louboutin heels too. Crutchely was taking its cues from national sitcom shows such as the BBC’s ‘Keeping Up Appearances’ – from a power dressing niche on its way to extinction, perhaps with good reasons, yet it’s the flimsiness of the lifestyle, and of its obstinate perdurance, that he was actively trying to mirror through his textiles of choice. Viscose, taffeta e lurex in powdery lilac, taupe and mint came wrapped and draped around a laudably diverse set of models walking through the courtyard of Haberdashers’ Hall, all slouching slightly. Indeed, a strong afternoon wind had risen almost on call to blow their silk ties askew, Hawaiian shirts billowing freely: the embodiment of a lightness of being. 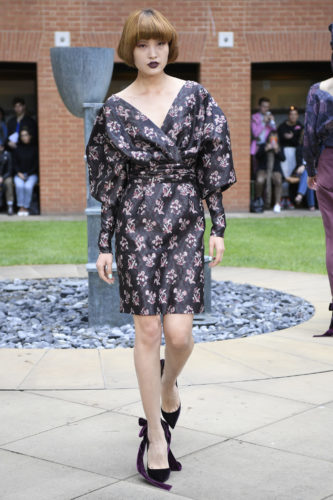 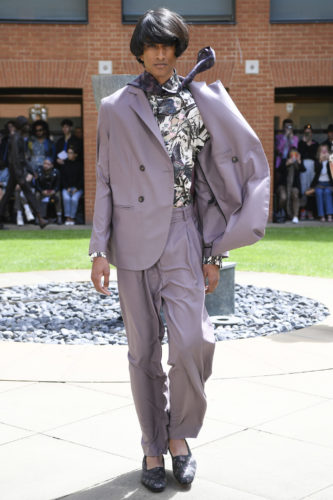 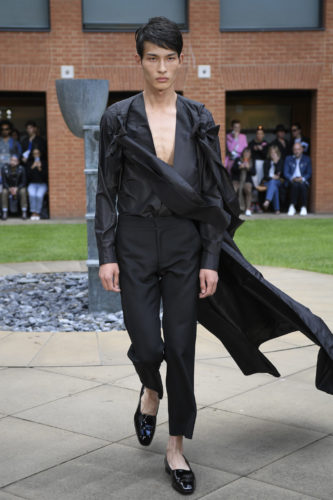 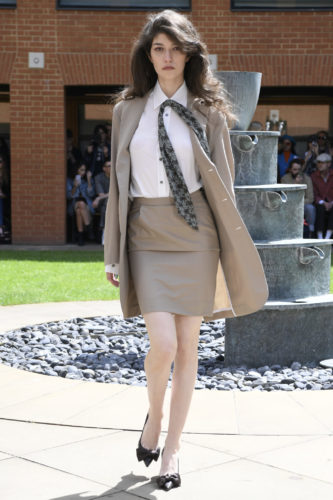 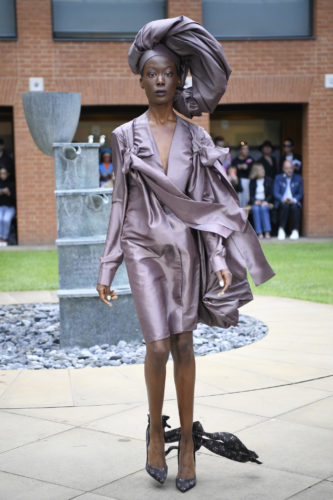 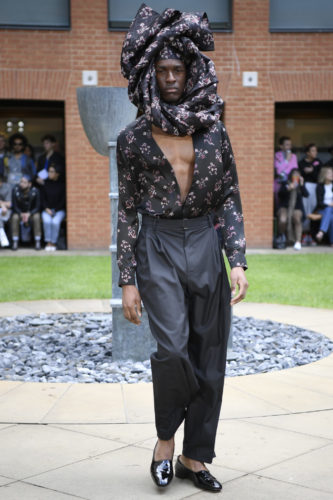