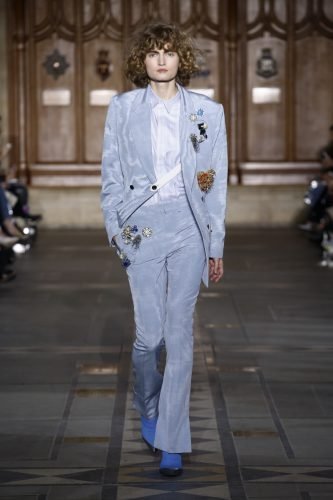 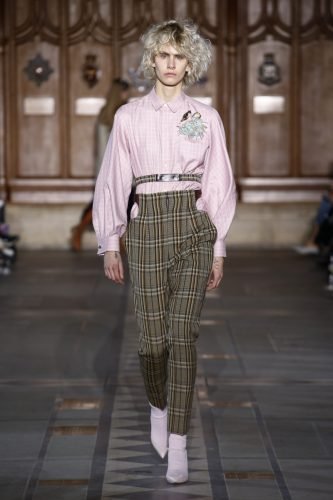 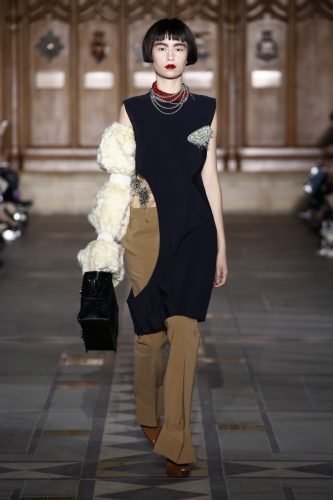 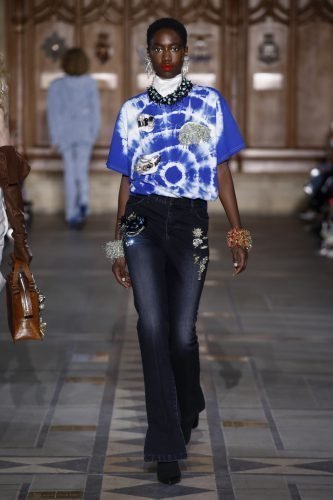 A medieval building on top of London’s largest medieval crypts, Guildhall is built where Brutus defeated the two giants Gog and Magog, and chained them to the gates of his palace – that’s what the legend says. Today, it’s nestled deep within the City of London, eerily quiet on a Sunday afternoon, when all of its bureaux are shut. Though secular, the place’s grandiosity still prompts one to whisper as if in church, and the clothes Yasuko Furuta sent down its Great Hall had all the shine and grace of Sunday bests, and a deliberate conservative flavour too. To begin with a powder blue moiré suit, and follow with light coats and blazers crafted from a subtly chequered greige tartan. Old-school secretary fabrics in its likeness have popped up this season across the spectrum of shows – early to say whether they’ll take hold on their own, but all sliced up in Toga’s signature clever cuts there’s hardly any doubt they’ll be a hit. We’ve come to classify as deconstruction anything that looks about to fall apart, but Furuta’s silhouette updates are far too precise for that: a three-dimensional play around the body, their holes and slits are artfully layered to reveal either another garment in contrasting colour, or bare skin beneath. Fall 2017 marks a focus on both exposed hipbones and the forearm, covered with either a long glove or detached sleeve, or a meeting of the two. These come in fur or mismatched leathers, or on one silk white shirt, in a papery texture of raw-cut confetti lined next to one another like bracelets in a row, raising up to the elbow. This technical virtuosity is balanced look by look with some almost organic, luminous, finely-wrought touches – the lustrous ripples of a creamy moiré that catch the light as the wearer walks, the beautiful blue waves of simple shibori tees. Sequinned tops in gold or red shimmer like scales, and clusters of long beads, the shape of sea urchins, scintillate throughout. 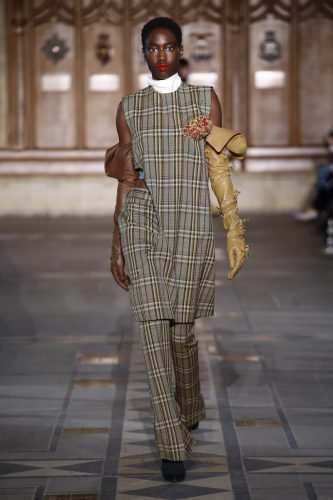 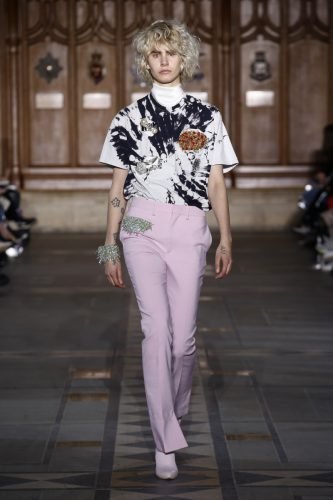 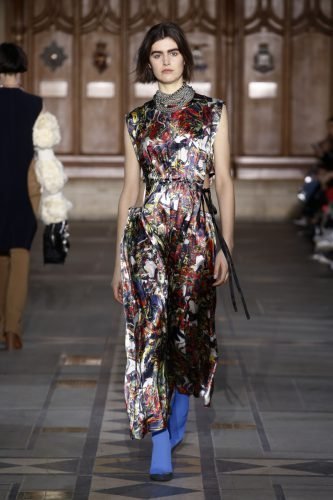 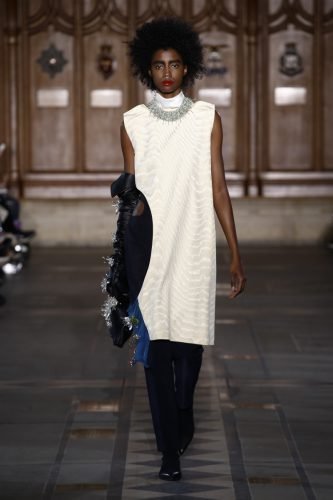 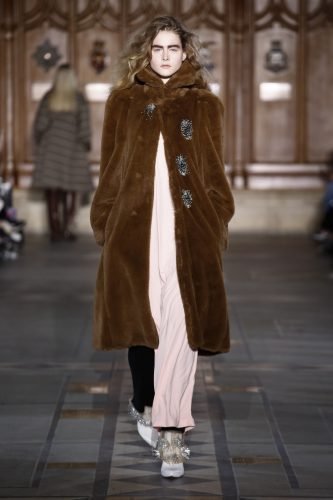 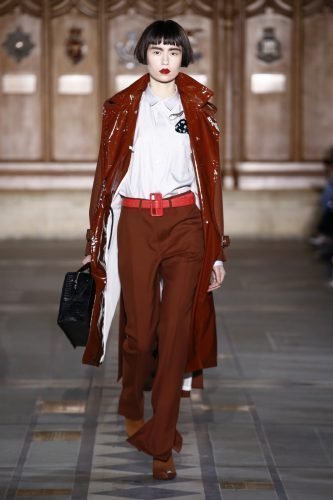 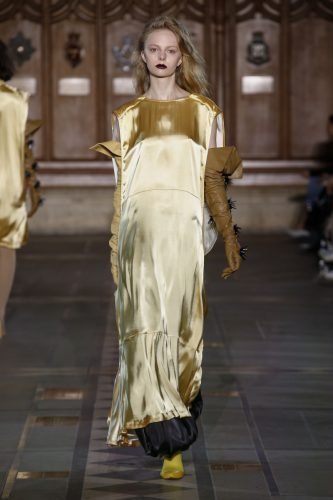 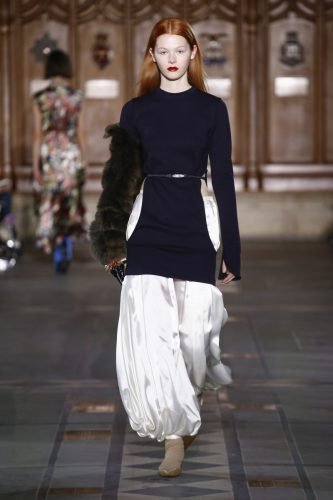