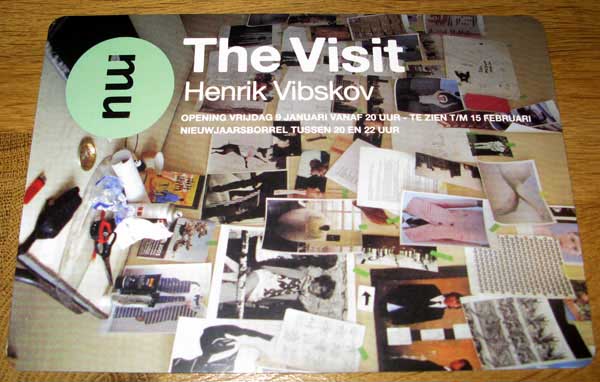 "The Visit" at MU Einhoven 9 January 2009
January 9-Feb 15th
In a forest of hanging sticks, Henrik Vibskov, artist and drummer and fashion designer creates 3 worlds at MU. Each world refers to one of the many attention-arousing performances with which he has presented over the past years in Paris and around the world.
Usually Henrik's surreal dream worlds are only inhabited by models wearing his creations. Lying down among hundreds of breasts on sticks, wandering across the black carrot fields, or music-cycling in the Fantabulous Bicycle Music Factory. At MU, it's the audience that is given the chance to lose themselves in HV's universe entitled 'The Visit'
"The Human Laundry Service" Show  Paris AW09 22 January 2009 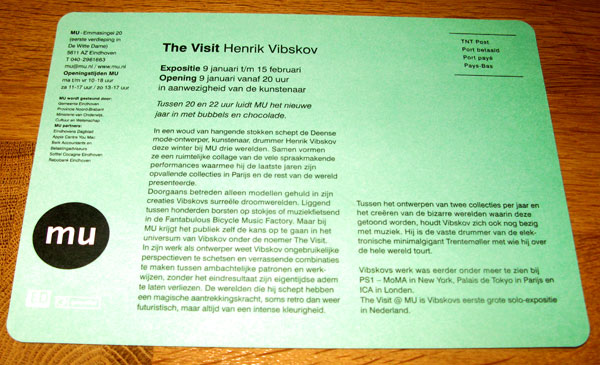