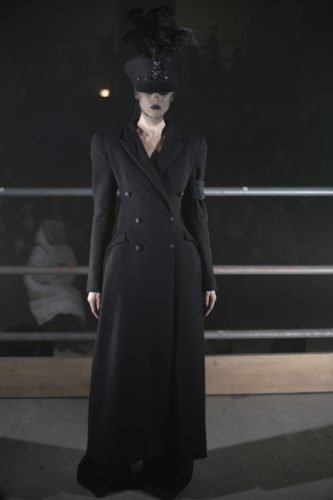 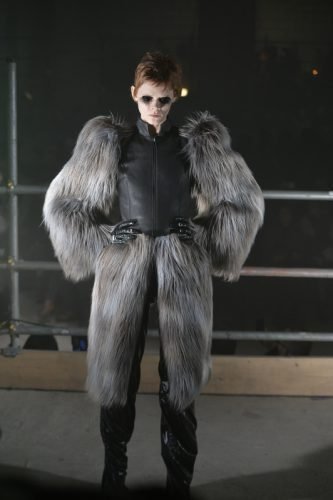 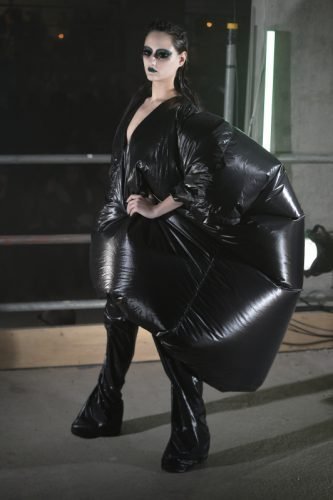 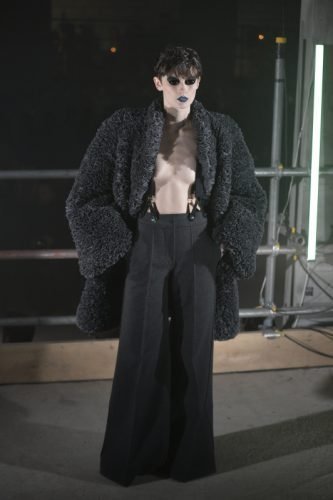 It’s a contentious matter at its most topical, whether fashion should engage in politics or let it be, ever since that fateful Chanel feminist protest. Some reckon that the risk of commodification of a good cause far outweighs the benefit of its promotion, a position that gains merit as a number of new collections pop up that treat activism tentatively, as a seasonal trend. On the other hand, after a year such as the one we’ve had, when all of our certainties have crumbled, to sit and watch yet another show inspired by cartoons – I’ve counted five at least over the past couple of days – one has to wonder, without wishing to underplay the virtues of escapism, whether there really wasn’t anything more pressing or urgent on these designers’ minds. There certainly was in Pugh’s, whose concern for the status quo was heartfelt already a winter ago, when things had yet to go south and we were none the wiser, with its not-quite-endorsing collection for what was believed to be Hillary’s sure win. This time, his message was one of savage revenge as the world collapses upon itself. The invite was a sheet of A4 paper with all of its words censored, to lead us to a smoky, dusty and damp basement too many flights of stairs underneath the night sky. Its circular outline drawing a round catwalk, it could have been one of Dante’s circles of Hell. The soundtrack were choruses of Build That Wall! intertwined with bits of pop songs – You only see what your eyes want to see, sings Madonna. The remix followed a model based on CIA sleep deprivation techniques – after 12 hours of shows in a row, that bit seemed rather sensible. The seedy military undercurrent transferred well to the clothes, echoes of The Night Porter made overt with styling choices such as suspenders or dangling keys. Trousers were flared and pleated, and padded shoulders are back – we’re still due for a proper revival of those. Elsewhere there were leather hourglass silhouettes, a few billowy bin-liner capes and others wrapped so tight around the body that they could have been crafted out of black tape. A crisp charcoal fabric was crumpled and fashioned as if it were fur, whereas actual fur, though faux, still clothed Pugh’s onyx-eyed mantises with an extra layer of ruthlessness. 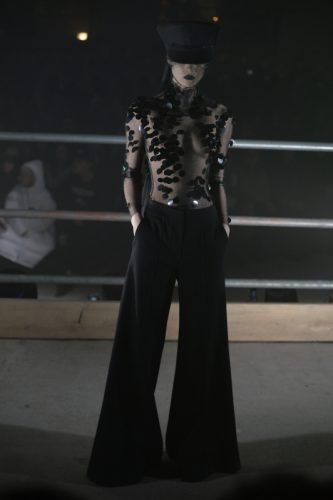 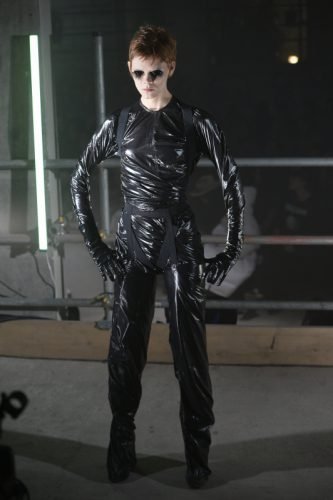 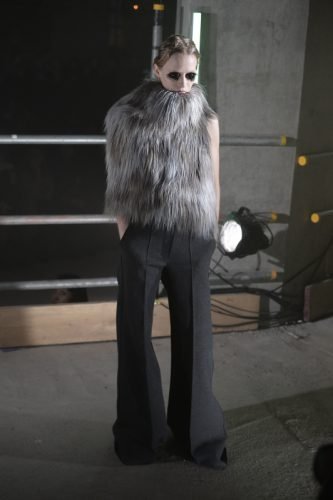 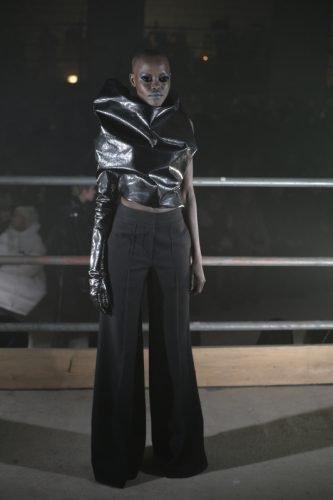 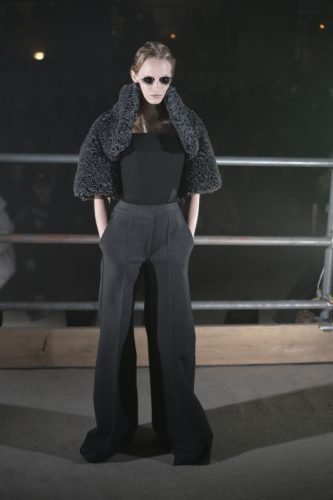 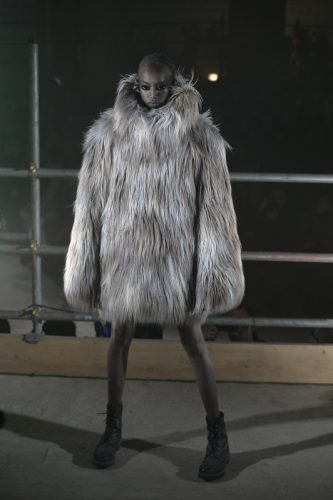