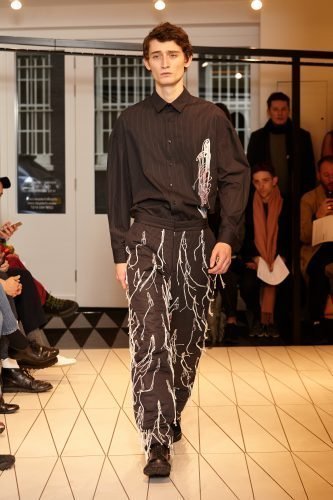 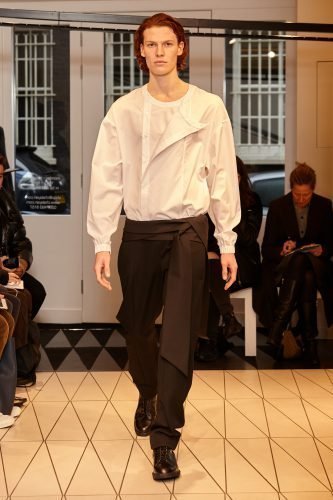 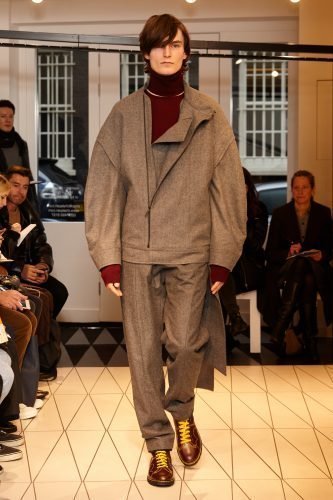 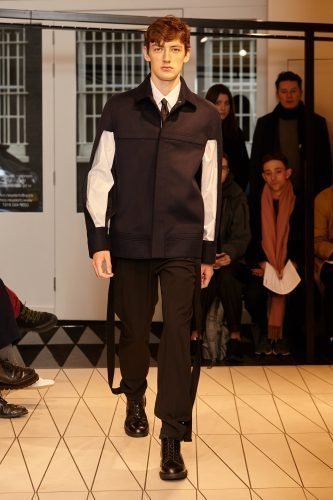 Act to Form. A high-minded title fit for a Chalayan show, and a collection that, whilst concise, hides behind a simple yet refined and formal exterior a plethora of imaginative details. It’s informed, so tell the notes, by how the admirable moral codes once paramount in the Ancient Greece have been replaced in our modern society with a new value system influenced by corporations. And how “as witnessed within recent developments, corporate personalities are, in addition able to become more powerful political forces”. A Trump reference as straightforward as the garments that follow are crafted with subtlety: a virtuosity of ethics becomes a virtuosity of form, where nothing happens by chance. The knitwear features medallion pockets, “a comment on the ever-evolving masculine sense of entitlement that the current global political atmosphere exudes”. On a similar note, white shirts, jackets and coats have waistcoats built into them for a double breasted effect, and stiff cuffs to secure ruched-up sleeves above them, or sleeves sliced vertically, up through the seam. Slits and cut-outs feature prominently throughout, to signify perhaps evolution, or devolution, a mercurial identity. The most intense, on a metaphorical level, is still arguably the collarbone slice on a carmine wool sweater, meanwhile, sleeves are doubled, so that the top layer can be rolled up, like a chameleon changing skin. Trousers come with wrap belts in the Greek tradition, and some even with tiny hand-drawn embroideries of sculptures on plinths, their loose thread ends implying a work still in progress. One that could go either way – and it’s up to us maybe, which, or whose, direction to follow. 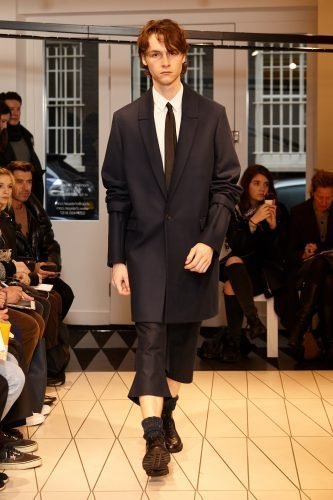 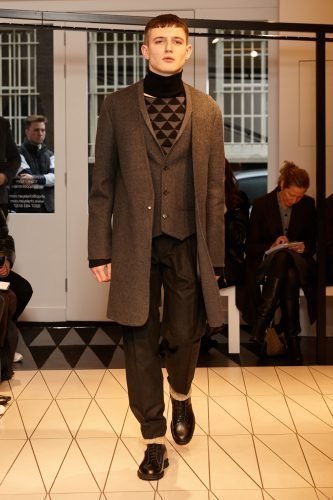 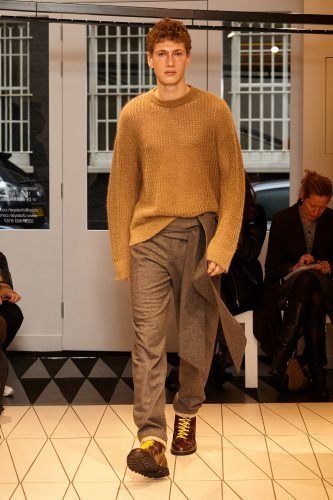 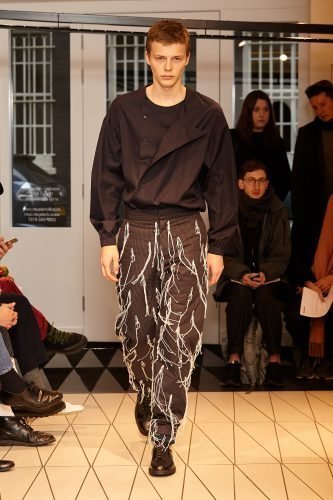