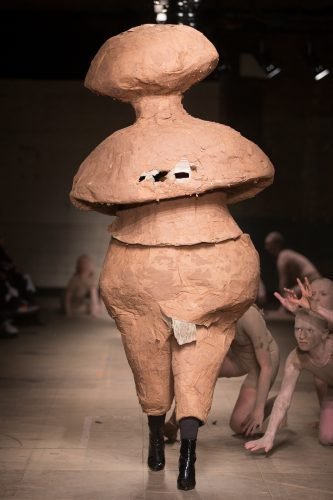 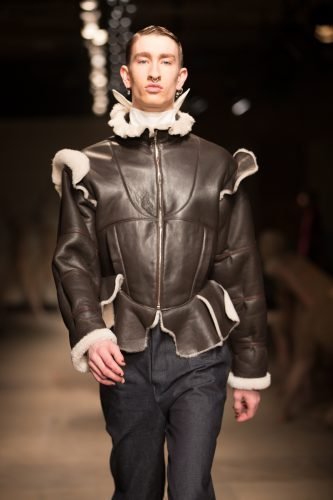 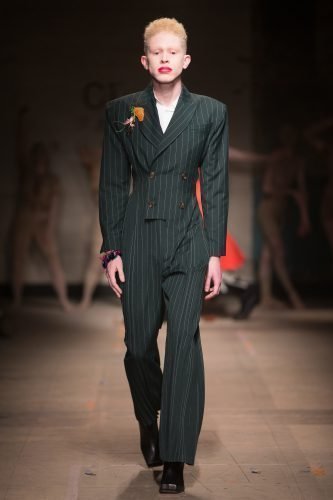 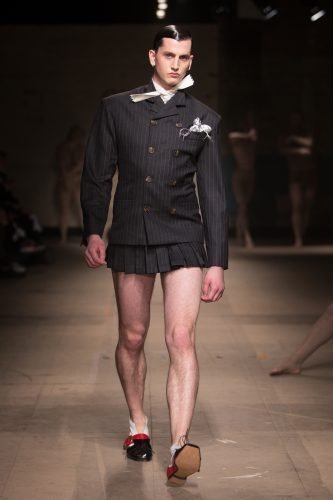 Day one it’s early to call it a trend, but as one takes in the state of our world at the dawn of the new year, it shouldn’t come as a surprise to note that themes of apocalypse and dystopia have been haunting the souls of the sensitive and gifted among us. Already, Charles Jeffrey wasn’t the sole designer showing today to tread into the waters of societal downfall, but here’s a doomsday we won’t be waiting for in sweats and hoodies. Rather, it will a chaptered spectacle that unfolds like a play, each episode bracketed by totemic deities crafted by set designer Gary Card, each followed across the catwalk by a swarm of Beecroftian dancers in a state of apprehensive hypnosis, choreographed by The Theo Adams Company. Chapter one is said to take place on Venus, but the sci-fi accents are offset with solid sculptural references to the likes of Umberto Boccioni, along with the designer’s signature foray into classic tailoring, rearranged to suit his vision. Chapter two is the Middle Ages and the Scottish Picts: Celtic warriors and Jeffrey’s fellow countrymen, that may or may not have existed, who would paint their entire bodies before battle as one does – they feature in the show by way of sheepskins and kilts. Childlike though Card’s characters may seem, and despite the slouchy styling that’s become Jeffrey’s trademark, there’s something deadly serious in the tale that they tell, and it comes though most notably in chapter three. There, we weight down the sins of the modern man, as in corporate corruption and greed, that take the shape of fencing jackets, hypersexual micro-kilts, and an outstanding one-piece called the Sexy Beast suit. Yet the bleakness such notions would inspire in others have no place in the Loverboy mindset: as the tragedy draws to a close in the final chapter, it does so in all its magnificence. Chocked, strapped, and restricted the guilty walk in, but they’re still wearing crowns and velvets. Their descent is decadent, and we see them out with their heads still high. 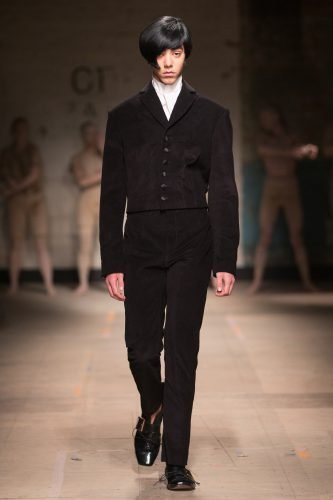 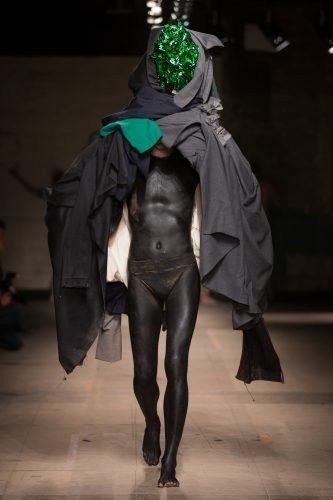 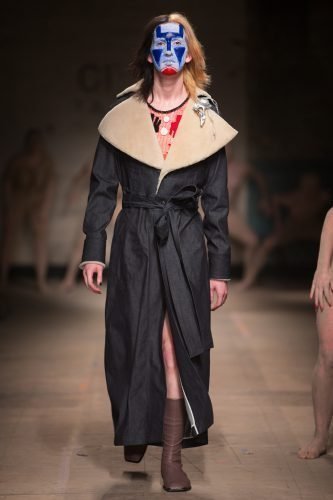 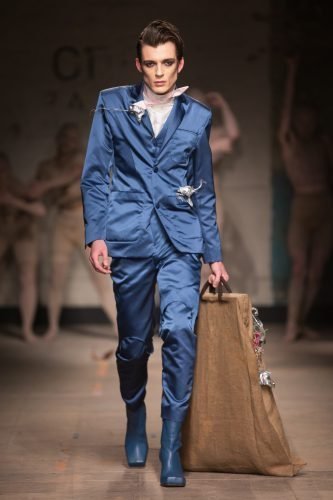 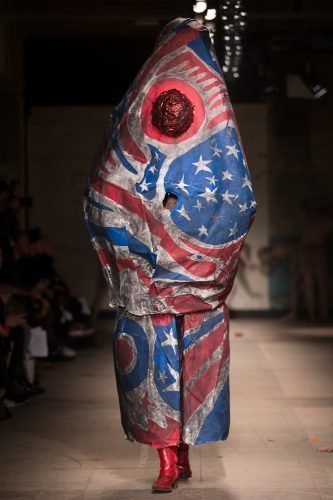 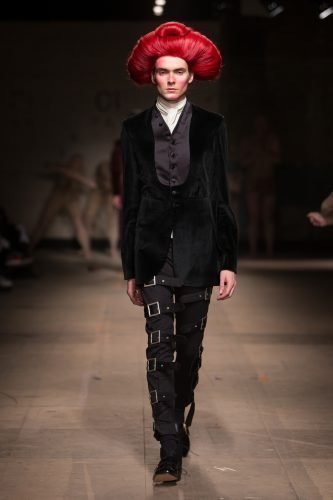 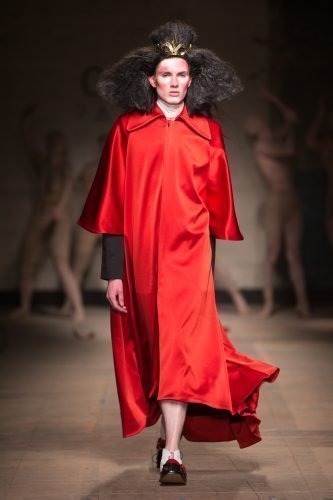 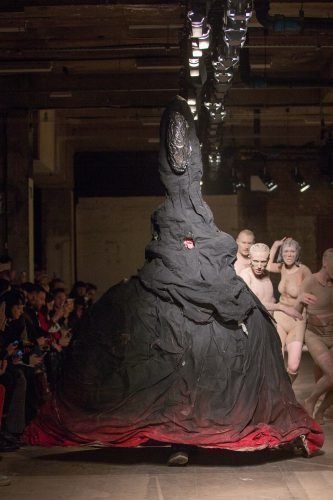