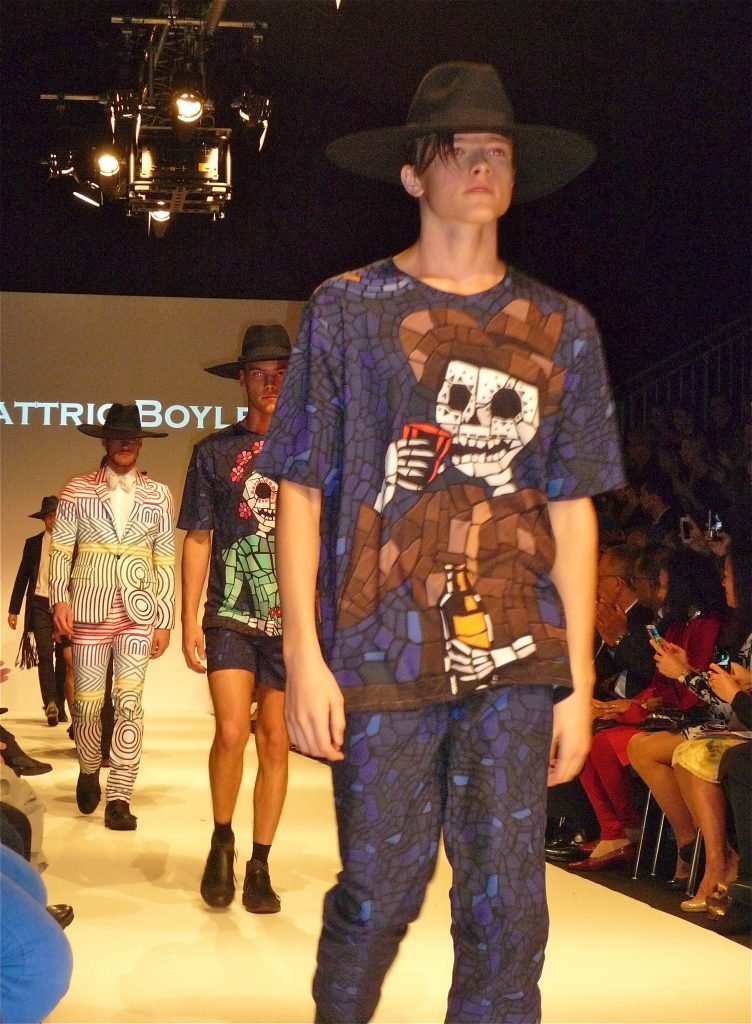 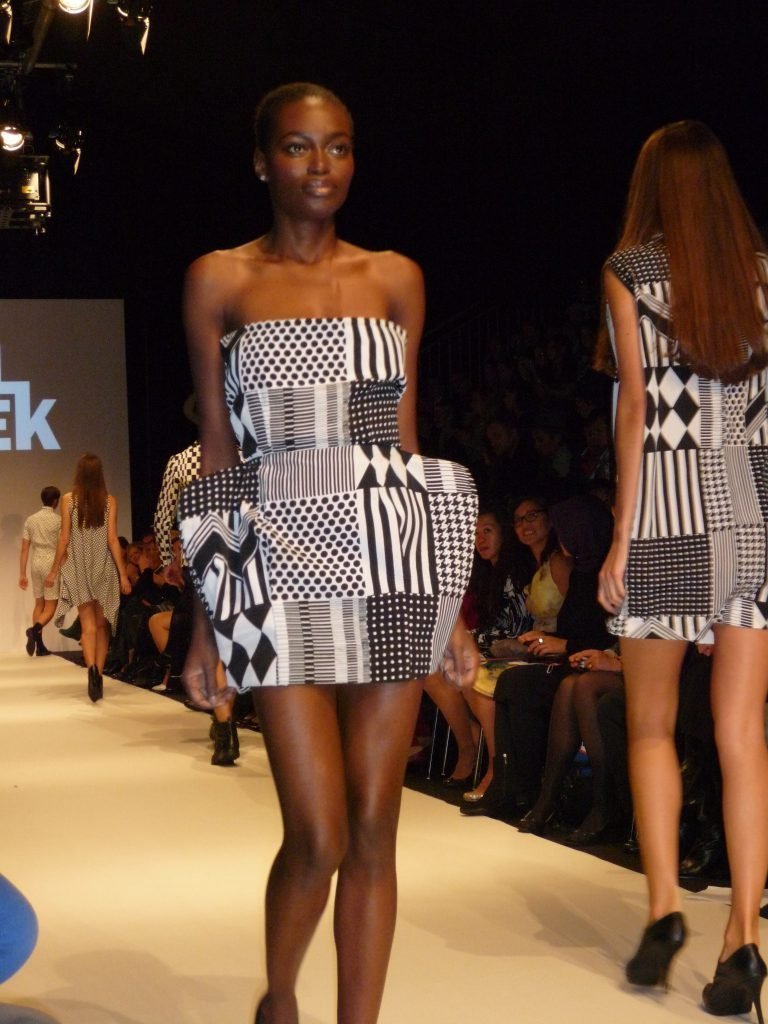 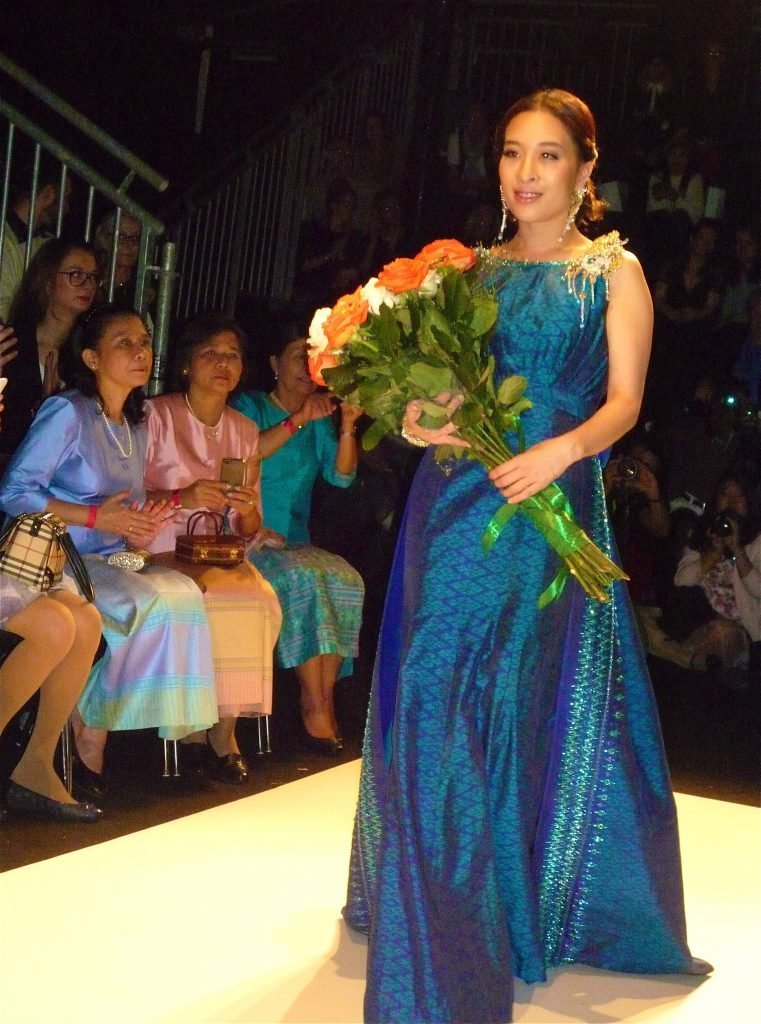 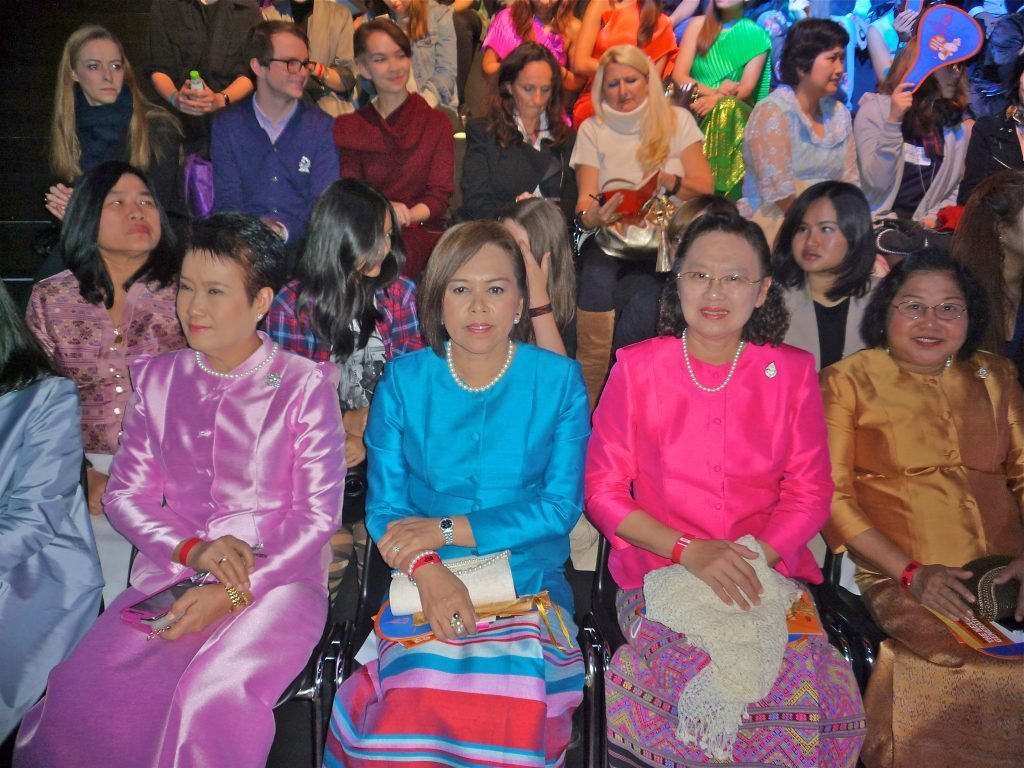 Above: 1. Look from Pattric Boyle 2. Look from Paul Direk 3. Her Royal Highness Princess Bajrakitiyabha Mahidol of Thailand (“Princess Pa” to her pals). She is the first grandchild of King Bhumibol and Queen Sirikit of Thailand, and the only child of Crown Prince Maha Vajralongkorn with Princess Soamsavali. She’s also the Thai ambassador to Austria. 4. The Thai Royal entourage

Every year MQ Vienna Fashion Week organizes a showcase of designers from Thailand with the support of the Royal Thai Embassy Vienna and the Department of International Trade Promotion Ministry of Commerce, Royal Thai Government. The catwalk and cocktail tents are descended upon by a crush of brightly attired Thai women officials and Royal family members, ambassadors and representatives from a multitude of embassies in Vienna, including France, Chile, Egypt, Palestine, Bulgaria, several African countries and more.

After the show, everyone was treated to a delicious Thai feast. (One whiff of the pad thai and the crowd stampeded toward the buffet table en masse. I was nearly crushed by the ambassadorial entourages from Lithuania, Botswana and Freedonia as I was trying to get to the spring rolls.) 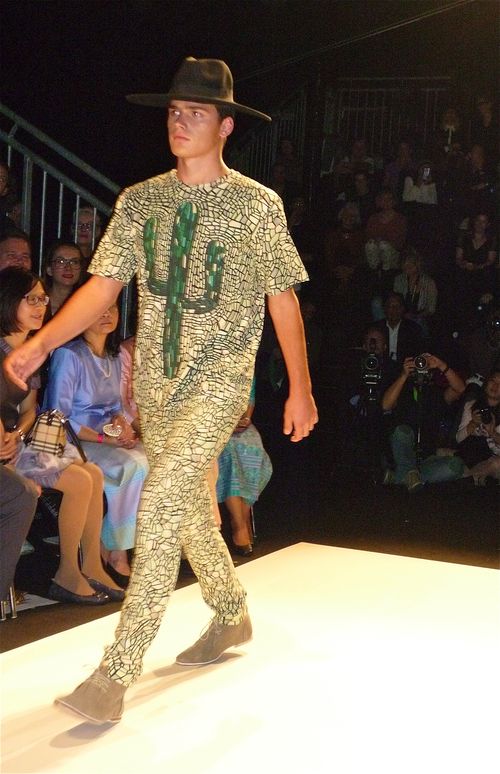 Designer Pattric Boyle’s Spring 2015 collection “Once Upon a Time in Mexico” was set to the bouncy tones of “Tequila”–and was an absolute crowd-pleaser. 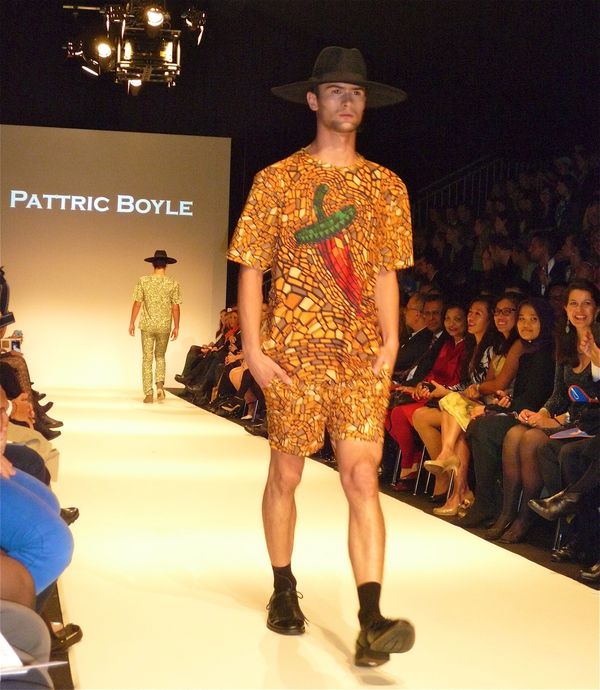 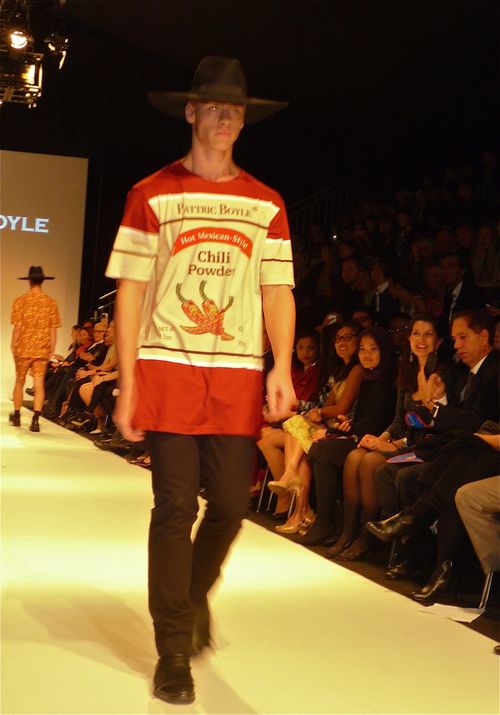 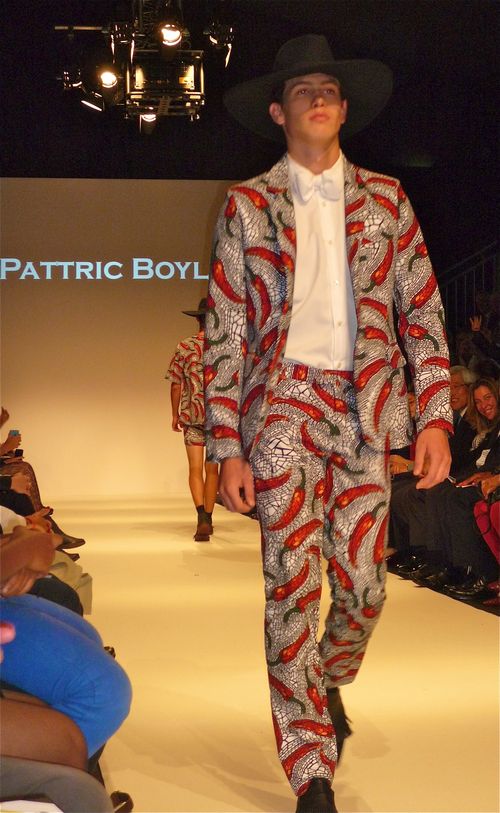 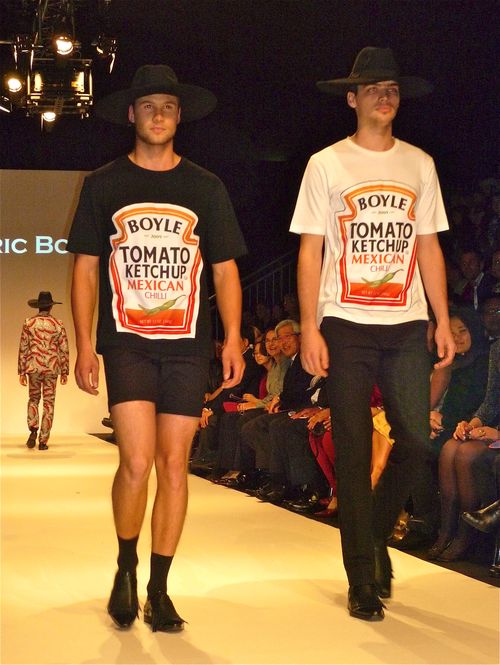 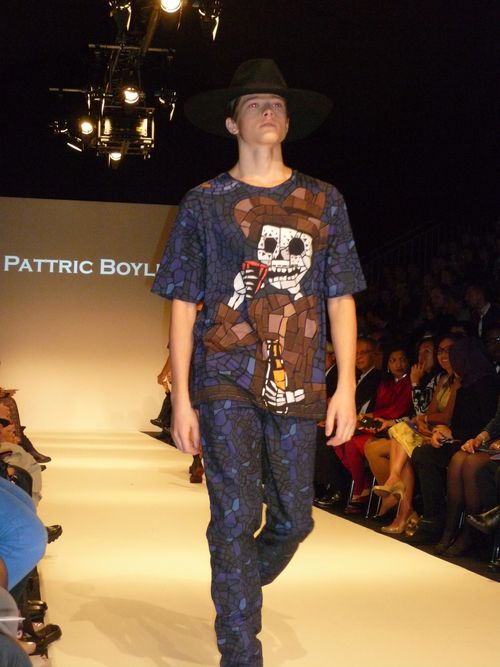 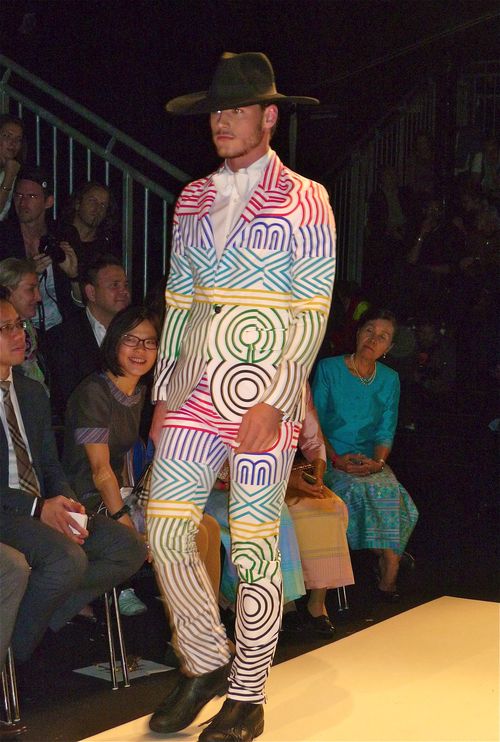 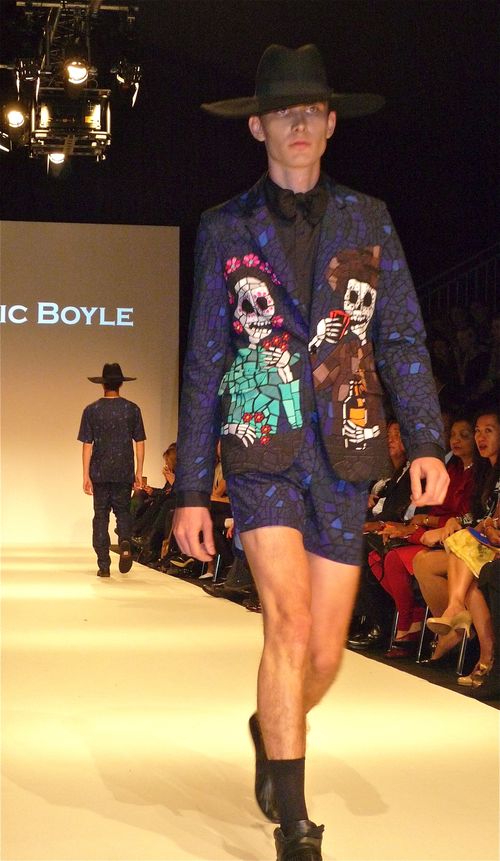 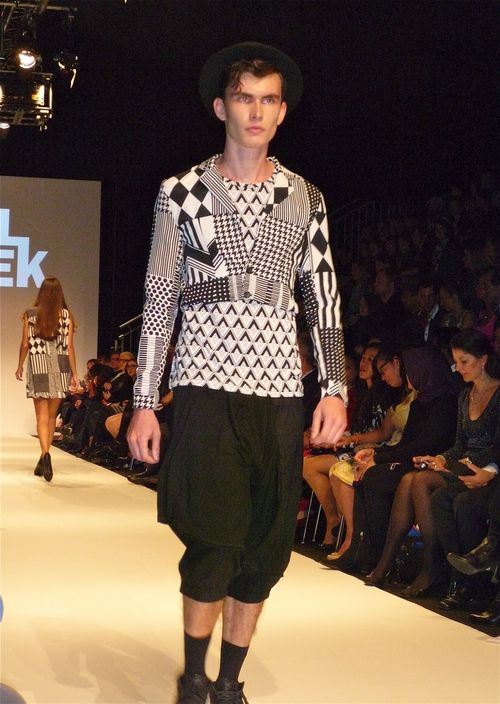 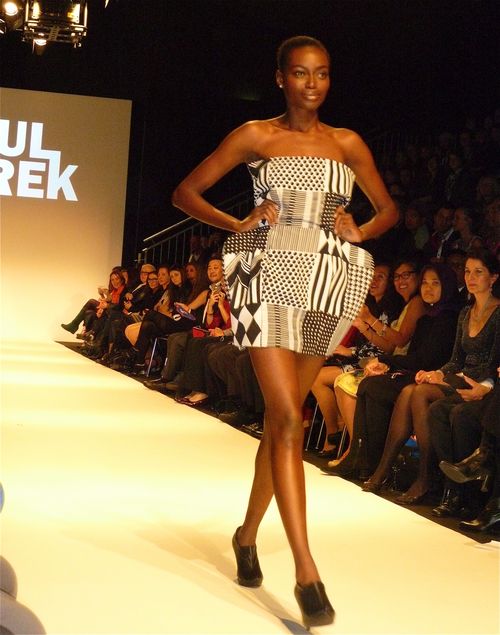 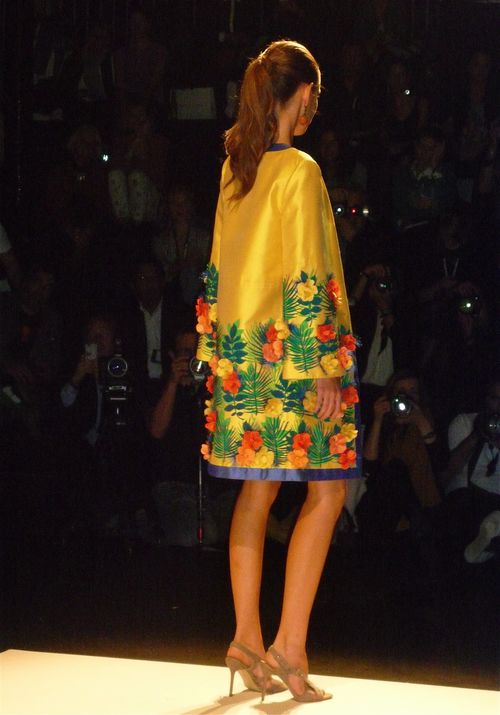 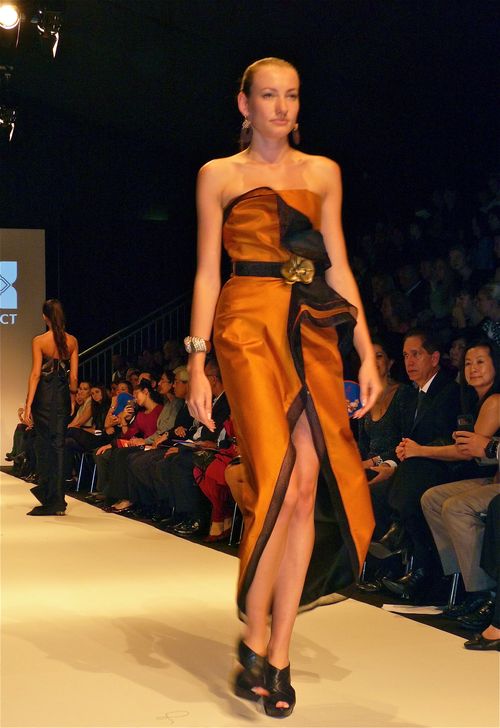 Above: 2 looks from the showcase of Thai Silk designs–the fabric that is, of course, worn by members of the Thai Royal family.