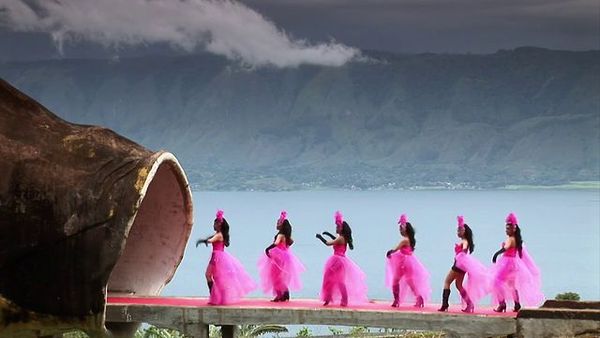 Much had been said about The Act of Killing
and to such unanimous extent, that when I finally had the chance to go for a
screening a few weeks ago at Hackney Picturehouse, I couldn't help but walk in
with great expectations, if of them I was vaguely suspicious: great
expectations seldom are, after all, a promising mind-set to sit through a film.
I should not have worried though. While I can safely say that Joshua Oppenheimer's
documentary of the imagination was
not like anything I could have possibly expected, it remains one of the most
striking, terrifying, unforgettable pieces of filmmaking I've ever held my
breath through. 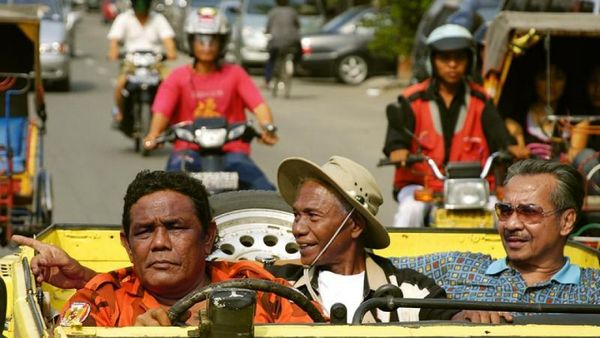 Set in North Sumatra, Indonesia,
Oppenheimer's film unveils the terrible truth of a national genocide, as
shamefully unheard-of in our Western countries as it was never really hidden in
its own land. But it's more than that; not only unpunished but the 1965-66
massacres are instead a source of pride among the aging, welcoming gangsters
that still today walk around freely, and warmly greet the American director who
thought so well as to make a film about their youth. Former death squad leader
Anwar Congo is Oppenheimer's main character, and he knows something about
cinema himself: before the attempted coup which allowed and encouraged their
killing spree, he used to resell movie tickets with his gang, and claims to be
a great fan of Al Pacino. But then he moved on to kill with his own hands over
1000 supposed communists, he recalls, and shows us how. 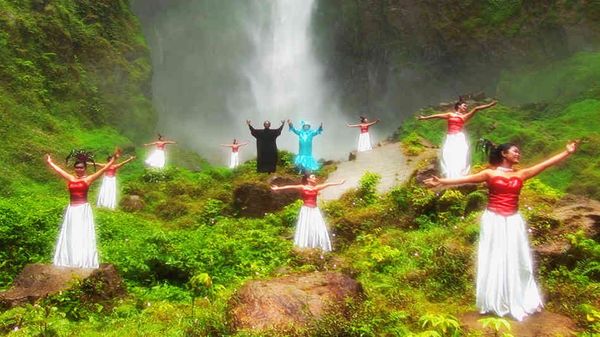 In fact, seeing how excited they were in
front of the cameras, Oppenheimer invited Anwar and his group to play with them
for a bit: they were to re-enact those scenes of torture and slaughter in their
Hollywood style of choice, dressing up as victims themselves and casting fellow
citizens to fill all the roles. This might sound unnecessarily gruesome, and
more than a little vulgar, and I won't lie, it often was. A particularly
distressing moment is when they restage the burning of a village. "The
whole world will see this," one of them muses, pleased. Then "London,
England! Forget Jakarta, Jakarta