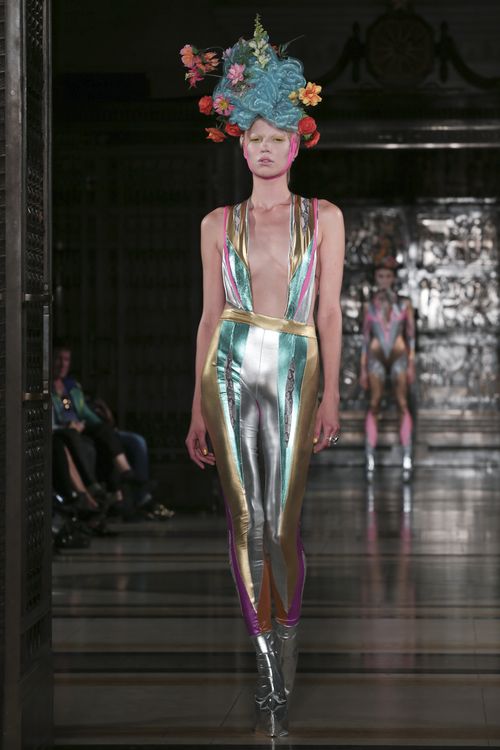 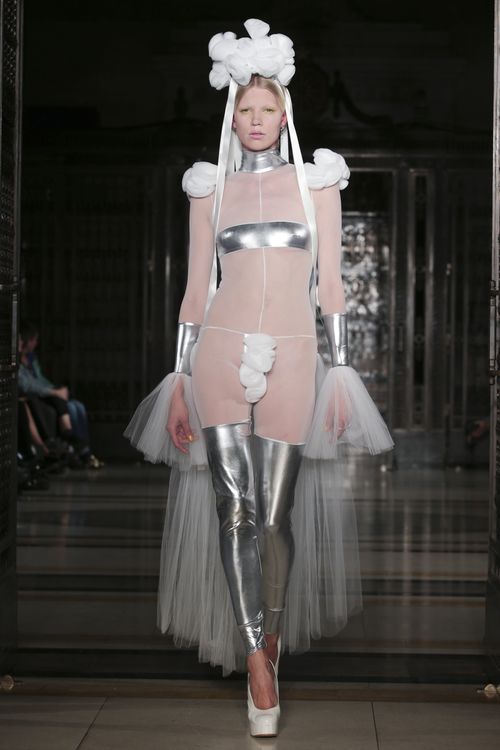 There's a
reason why people are camping outside Pam Hogg's shows. I was waiting patiently
in line, breathing in my neighbor's glitter and plumes (he was wearing a
delightful feathered collar and not much else), thinking how much I wished life
to always be this fun. I could almost taste the excitement of the crowd, the
thrilling atmosphere. It was quite like, or so I was told told, one of those
late 70s glam rock gigs, and there might have been the same sort of groupies
around.

And if our
expectations were that high, the looks themselves still managed to exceed them
all. Titled "FUTURE PAST : WAR & PEACE : FUTURE PAST", the show
began with a few military themed monochromes that reminded me somehow of
Charlotte Rampling  in The Night Porter – if in a sleeker and
shinier, mostly lacquered way. By the time the first metallic pastels came in,
vertiginous headpieces were there to join them:  nests and bouquets fastened with ribbons, over
liquid bodysuits in shades of pale pink and mimosa, aqua and copper, as tight
as second skins dipped in gold. At last then there were voluminous bridal
tulles in full spring bloom, most marvelously worn by a danseuse on points on
the notes of The Horror's I Can't Control
Myself. Here's a clip:

A perfect soundtrack
for the grand finale was instead Amanda Lear's La Bete Et La Belle: 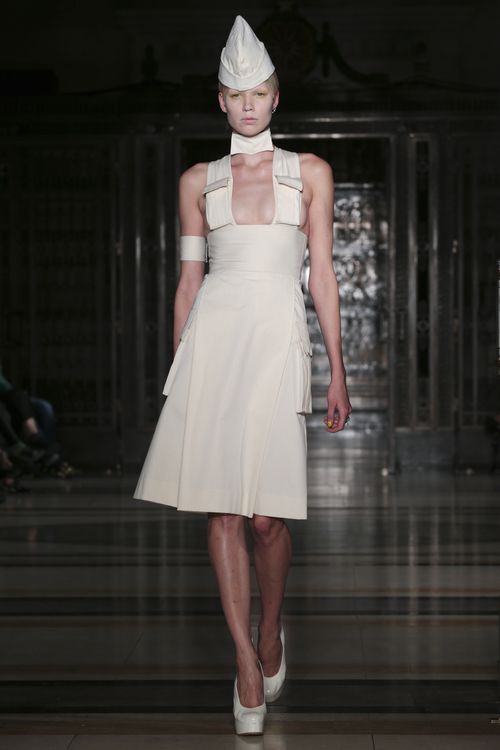 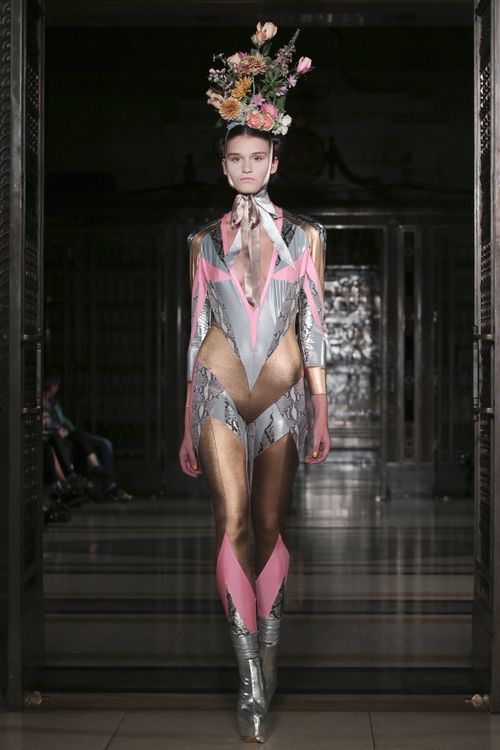 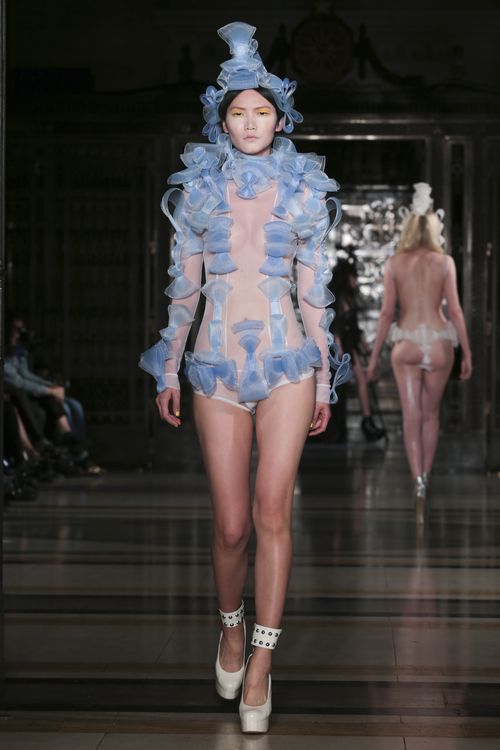 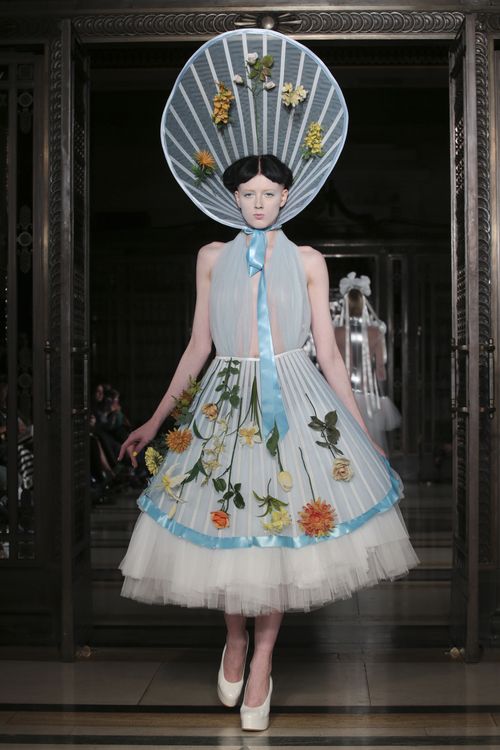