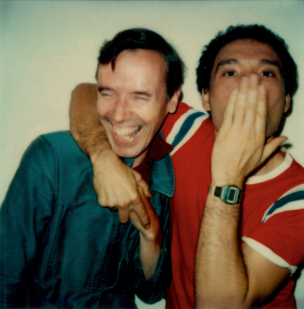 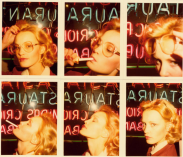 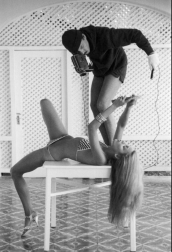 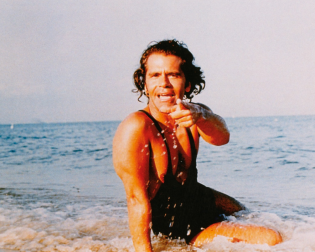 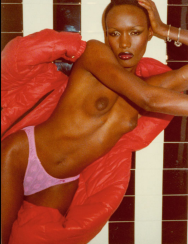 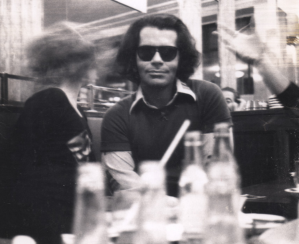 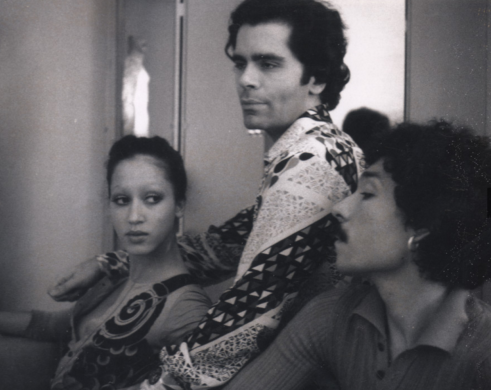 “Sex Fashion & Disco is a feature documentary-based time capsule concerning Paris and New York between 1969 and 1973 and viewed through the eyes of Antonio Lopez (1943-1987), the dominant fashion illustrator of the time, and told through the lives of his colorful and sometimes outrageous milieu. A native of Puerto Rico and raised in The Bronx, Antonio was a seductive arbiter of style and glamour who, beginning in the 1960s, brought elements of the urban street and ethnicity to bear on a postwar fashion world desperate for change and diversity. Counted among Antonio’s discoveries—muses of the period—were unusual beauties such as Cathee Dahmen, Grace Jones, Pat Cleveland, Tina Chow, Jessica Lange, Jerry Hall and Warhol Superstars Donna Jordan, Jane Forth and Patti D’Arbanville among others. Antonio’s inner circle in New York during this period was also comprised of his personal and creative partner, Juan Ramos (1942-1995), also Puerto Rican-born and raised in Harlem, makeup artist Corey Tippin and photographer Bill Cunningham among others.

Lower Manhattan in the late 1960s was a cauldron of creative talent, extremely selective, but inclusive of and tolerant to the seemingly disparate creative camps that cut a broad swath through culture; music, fashion, the visual arts, film and entertainment. The film explores this vertiginous period, and Antonio’s charismatic role therein, through archival footage and stills of studio life in Carnegie Hall, infamous venues such as Max’s Kansas City and Hotel Chelsea, with original interviews with principal characters on the scene at that moment. The tumultuous late 1960s were rocked by the Vietnam war, political assassinations and unrest and the student protest movement, all of which create a high-contrast backdrop to Antonio and his entourage, blithely on a quest for beauty and pleasure in the vortex of fashion and art of the time.

In 1969, Antonio and Juan embark on a transformative journey to Paris, itself in the midst of radical social and cultural change. Ostensibly visiting to sketch the latest collections by the fashion house, Chloe, they become fast friends with designer Karl Lagerfeld who installs them in one of his Rive Gauche apartments where they form an improbable, though highly creative and erotically charged collaboration. It is the beginning of the period marked by the decline of classic couture and the nascent rise of prêt-á-porter or ready-to-wear; a development that would upend the existing aristocratic hierarchy thus making fashion designers and their entourages the rock stars of a new seventies society. The film delves into the intimate relationship between Antonio, his entourage and Karl Lagerfeld; and Lagerfeld’s rivalry with Yves Saint Laurent. It is a magical moment where the demimonde—homosexuality, club life and blurred gender lines—rises above ground in a euphoric push toward a kind of utopian ideal. Days are spent working feverishly to create the latest new looks while the principal characters become late night habitués of Club Sept where they writhe and rub bodies until dawn.

Many have described the “innocence” and “purity” of this particular moment of freedom where everything seemed possible and attainable. The intensity of this convergence of personalities, ambition and self-destruction would give way to acrimony and the breakup of once intimate friendships and the beginning of a decidedly far more decadent end to the decade saturated by drug use and addiction, sexual promiscuity and the dark cloud of AIDS hovering in the distance.

Antonio Lopez 1970: Sex, Fashion & Disco a film James Crump is on cinemas and demand from April 6th, head to sexfashiondisco.com for more information.