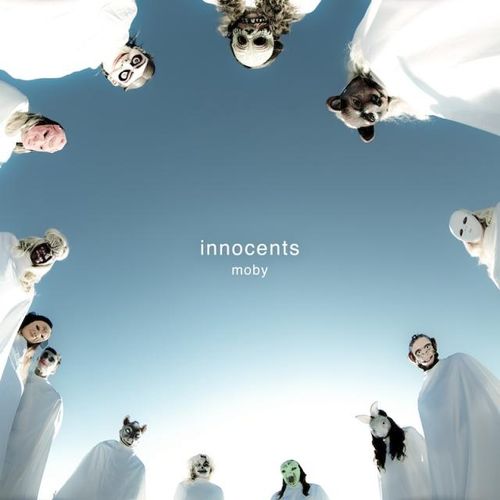 I just finished listening to Moby's new 'Innocents' album via a "First Listen" feature on NPR.

I am no music critic, just a human being who is affected and inspired by things of beauty. 'Innocents' to me comes across as a sweet lullaby for humanity, a loveletter to/from Los Angeles, from a place of experience in the world. Layered, kind, mature, giving, and hopeful, its a nice ushering in of the Fall season.

On a sidebar here, I first met Moby in the mid-90s while I was living in Athens, GA. I was seated at the counter of the vegetarian restaurant Michael Stipe (one of my first important teenage crushes…sigh…swoon) owned called "Guaranteed."  The gentleman next to me, Dominic DeJoseph, started talking to me after awhile and ended up asking me to be in his independent film which was being produced by Stipe's production company. Shyly, I finally agreed after a few days, and a couple of weeks later we went with my other castmates including my "boyfriend" in the film (now known as Michael The Blind) to Atlanta where Moby was performing. (I took my actual boyfriend along as my own "security" as we were still new to town, and I was raised properly of course). Being more of a rock and roll/ indie rock/ glam rock girl, it was my first live experience of electronic/techno music and "rave culture." I was in awe seeing the the kids responding to Moby as though he were God while they sucked on lollipops and spun glow sticks around his "altar." After the show, we hung out and shot some scenes with Moby. (The premise of the scene was our characters kidnapping him for ransom.) Chatting with Moby, I really enjoyed his humble demeanor and candor, especially coming off of a show that would have been the most insane ego boost for anyone with a pulse. I remember us talking about the sort of music we both were listening to such as Nirvana and The Smashing Pumpkins. The film was never completed. Harmony Korine's "Kids" came out while we were in the process, and it addressed some similar themes of those times.

(Oh yes, back to my point! I'm Southern…we often ramble.) Cut to a couple of decades later, I am living in LA now, just down the street from Mr. Hall whom I ran into for the first time since Georgia, at the Art of Elysium Gala in January with my friend (and fellow Southerner) Sutton Stracke.

I admire that Moby continues to create, innovate, inspire and do what he wants while also aiming to be a good citizen and interested human being. (I have also found him to be a fine host who throws a great party!) 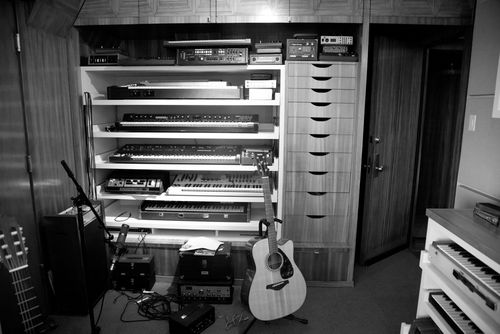 Moby's LA studio in a Lautner home. Photo from his blog.

As Moby states on his blog: "the whole, entire tour for the album will consist of 3 shows in los angeles. maybe at some point in my adult life i'll do more elaborate touring, but for now i just want to play 3 shows near my house."  I can't say I blame him for choosing to stay close to home. Keeping it homegrown LA style, he also photographed the album art himself. 'Innocents' was made in Moby's own small studio here in LA (in a John Lautner house) and was produced by Mark "Spike" Stent who is known by many for his work with Bjork, Muse, and  Massive Attack.

You can download the album from iTunes or Amazon, with a portion of the proceeds benefitting NPR if you buy it through those links (which I hope you do, because we need NPR).