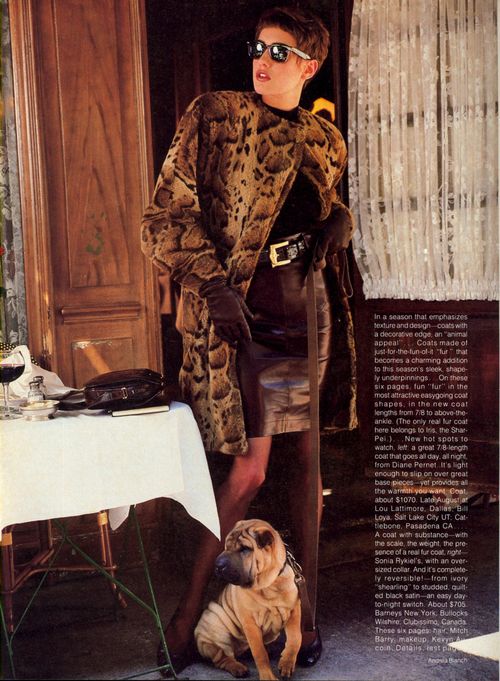 Maybe it is a day for nostalgia, Philippe Pourhashemi sent me this today, he found it in a thread on Fashion Spot retracing Grace Mirabella's years at Vogue. I think Vogue was the one editorial that actually brought sales , when my coat appeared here I immediately had about 6 shops around the country calling me up to order the coat. On one hand it was great on the other I only loved designing, hated production and the thought of cutting fake fur in August in New York was not that attractive to me but, hey,I did it.