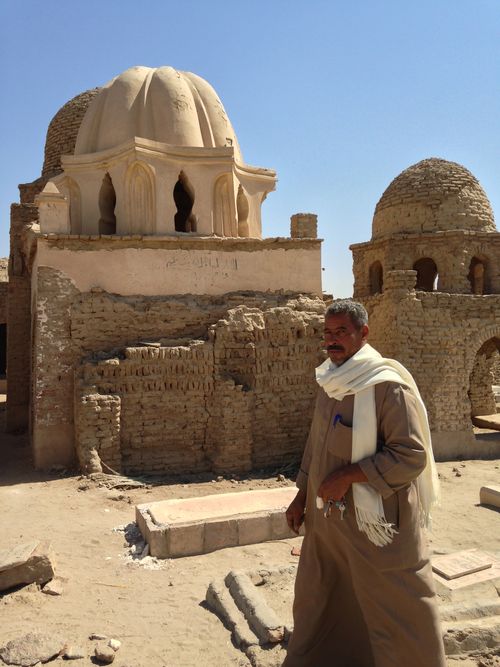 While I was in Aswan, in Upper Egypt, in February, I visited the old Fatimid Cemetery, which is walking distance from where I stayed, the Sofitel Legend Old Cataract Aswan Hotel. Some of the mud-brick domed tombs in the cemetery date back as far as the 9th Century. The caretaker of the cemetery showed me around the vast area. 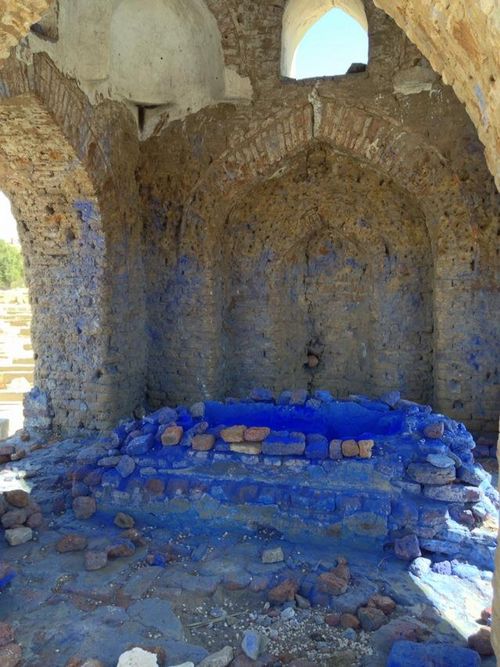 The tomb of an important imam is decorated with hsbd-irty, or artificial lapis lazuli, which is considered humanity’s first synthetic pigment. It was developed in ancient Egypt during the Fourth Dynasty, c.2575-2467 B.C., when it used to decorate the tombs of the Pharaohs.

When the caretaker showed me this blue-dusted tomb, I was stuck with the shock of déjà vu. I then realized I had visited this site in a dream I had a few years ago. The horn-like details on some of the tombs are unique to southern Egypt. A tomb of a local saint. They weren’t here today, but one can sometimes see Aswani circumambulating such tombs, praying for the saint’s intercession.