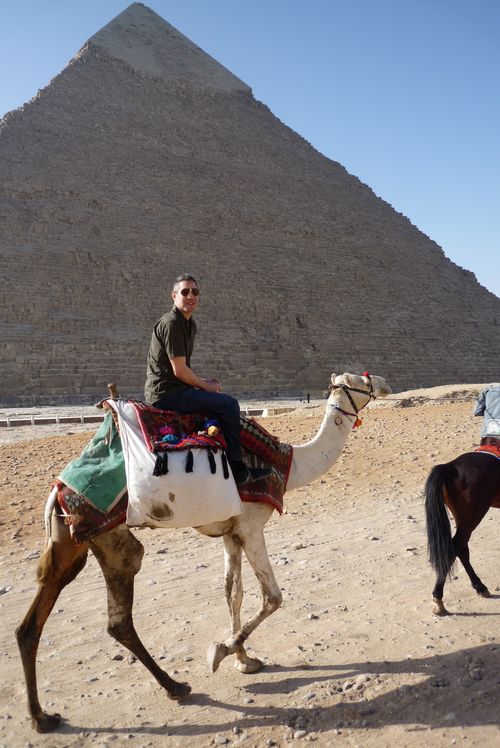 It goes without saying that no trip to Cairo is complete without a visit to see what are probably the most famous sightseeing sights in the world: The Great Pyramids and the Sphinx of Giza. It was everything that I expected and more. The camel ride was definitely a highlight and the weather was gloriously spring-like and dry. My camel wrangler was an absolute doll and a terrific photographer. 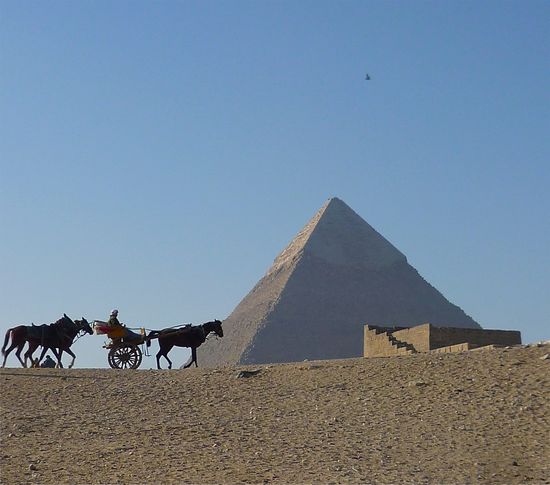 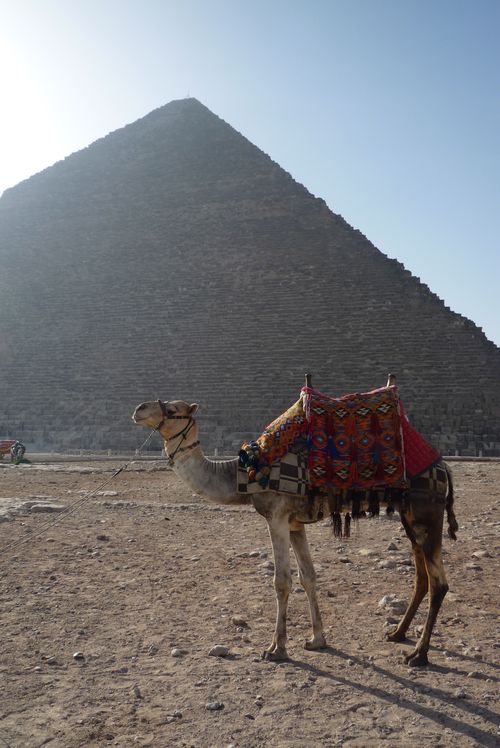 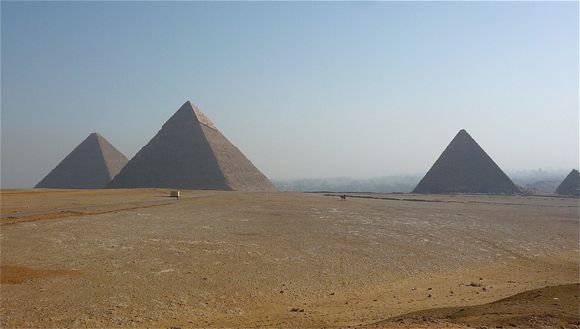 My guide got in a good joke when we arrived at the Pyramids: “Welcome to Las Vegas!” 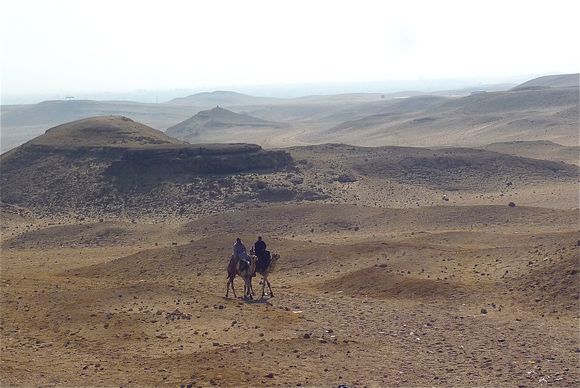 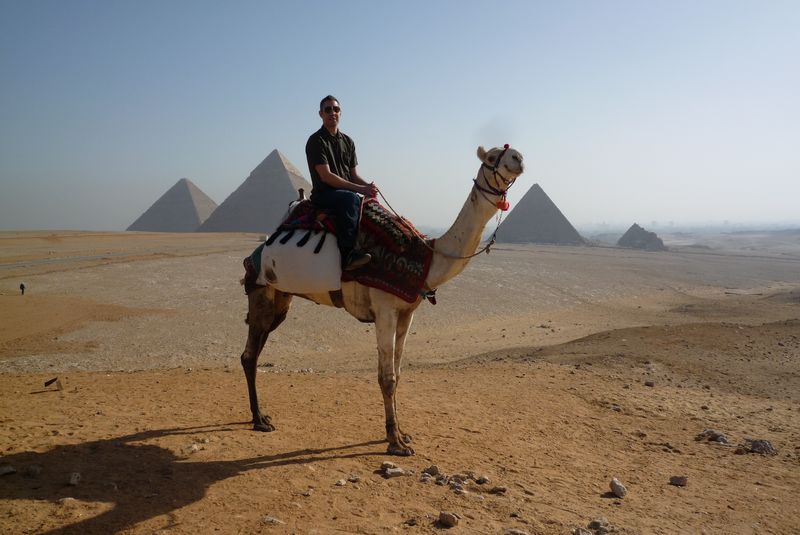 It’s said of camels that they can be quite nasty but mine was totally sweet–and as you can see here, he was smiling! 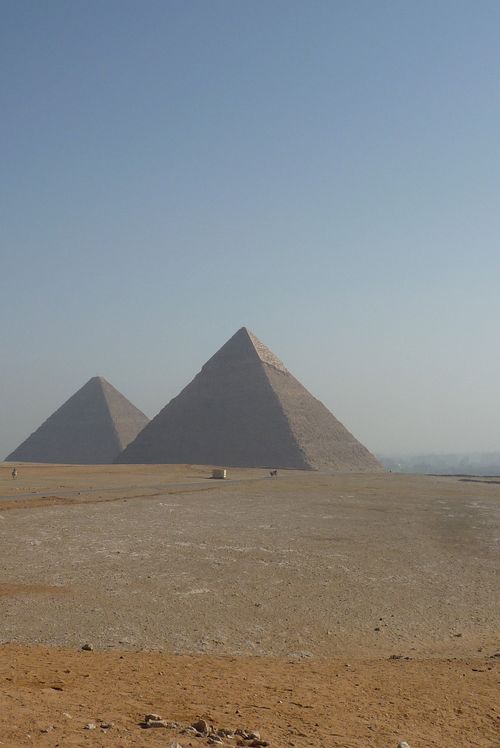 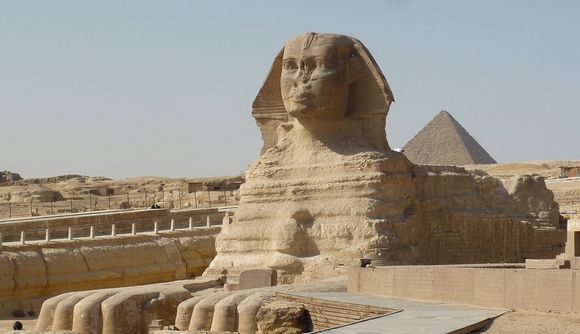 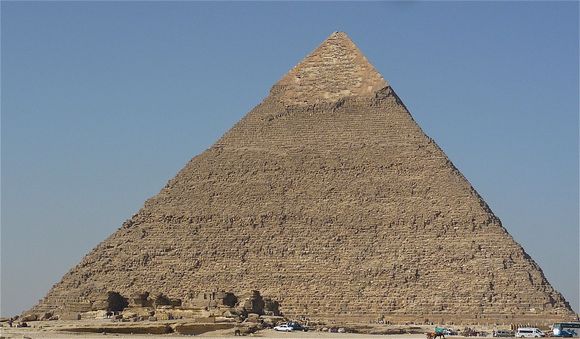 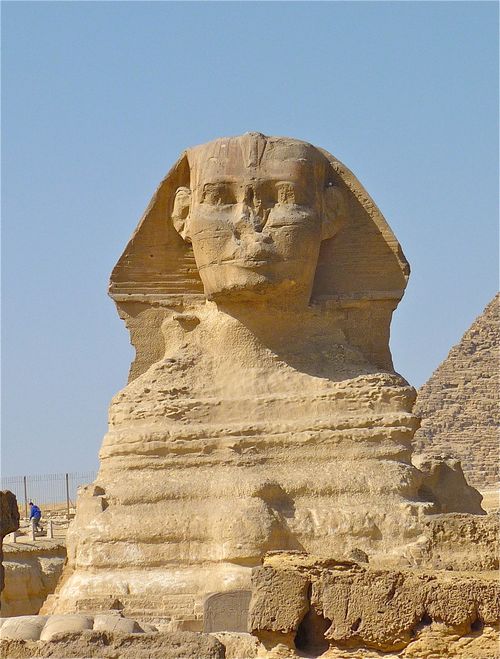 I did find the Sphinx’s gaze rather terrifying and it makes sense that his name actually means “strangler” in Ancient Greek. Like many of the ancient sites I visited in Egypt, it was quite surreal to be here because of the lack of visitors. 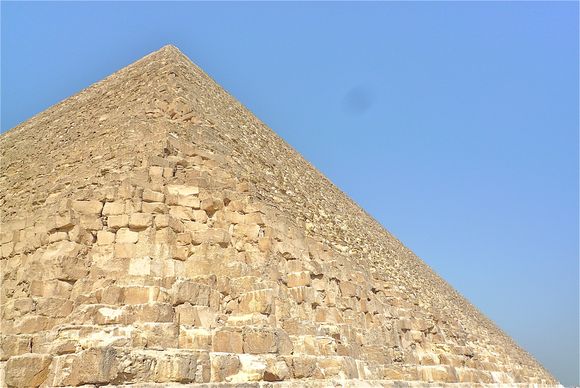 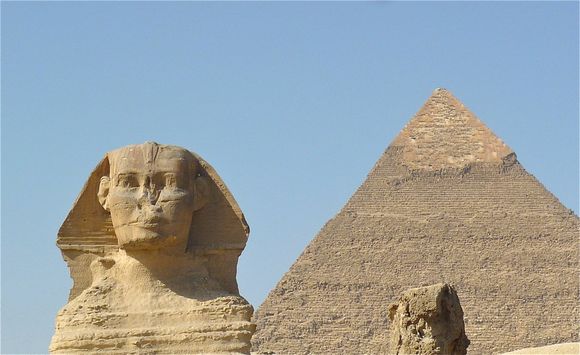 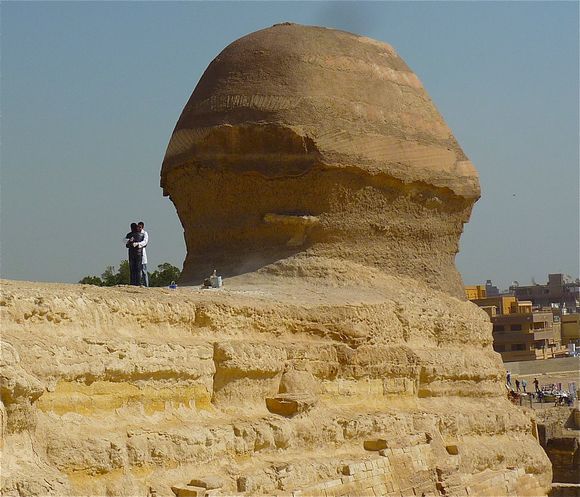 Two strapping young men embracing on top of the Sphinx. These fellows are part of a team of restoration workers who work tirelessly to keep the Sphinx in tip-top shape. 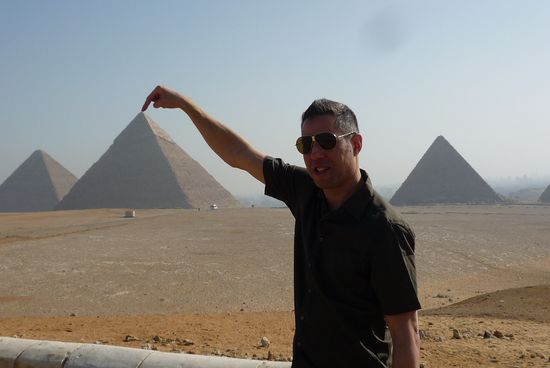 Tour guides love to take gag photos like this! It reminds me of the time that a guide took a photo of my friend Corey and I at Lenin Park in Havana that created the illusion that we were stuck at the top of a palm tree and holding onto the trunk for dear life. 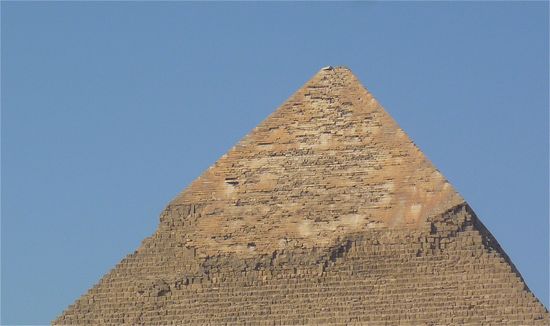 Here you can see a remnant of the original casing of one of the Pyramids. Most of the casing was stripped from the Pyramids by ancient hipsters who repurposed it for furniture at cafes that served locally sourced organic camel-milk smoothies. 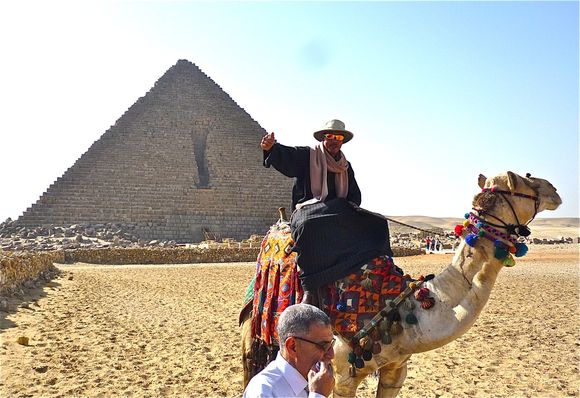 There are a lot of touts at the Pyramids who try to hustle you for money (which is tough-going for them now considering the big drop in tourism). I like this guy because he named his camel Michael Jackson even though he was working more of an MJ look than the camel. 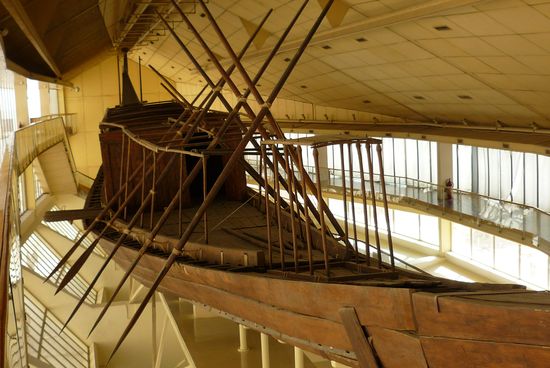 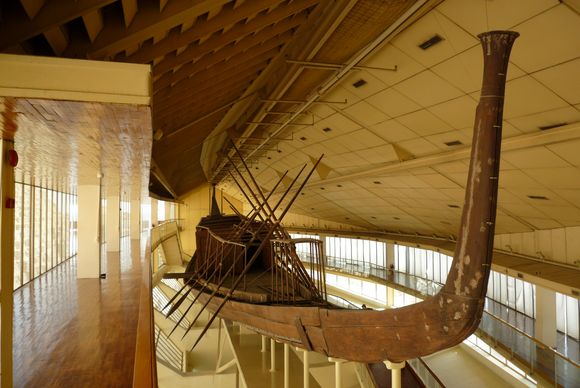 The Solar Boat, made entirely of cedarwood, was probably built for Khufu, the second pharaoh of the 4th Dynasty. It was most likely intended for his use in the afterlife and was sealed in a pit at the foot of the Great Pyramid circa 2500 B.C. After Giza, we drove to Saqqara to see the pyramid that is said to be the world’s first building. I think Lady Bunny was one of the first tenants. 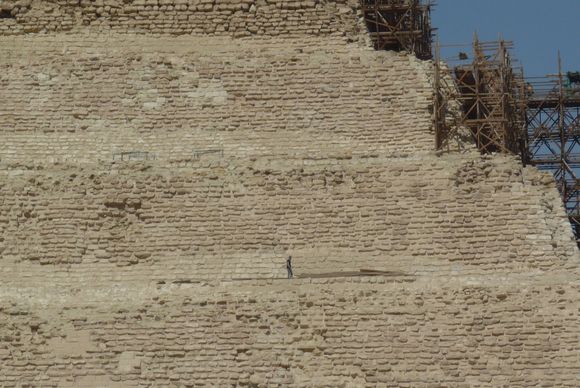 Restoration worker on one of the upper tiers of the pyramid. 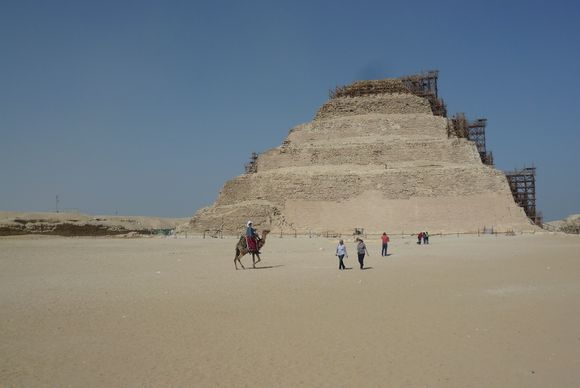 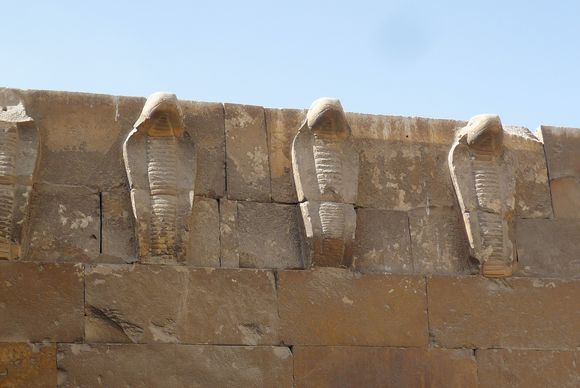 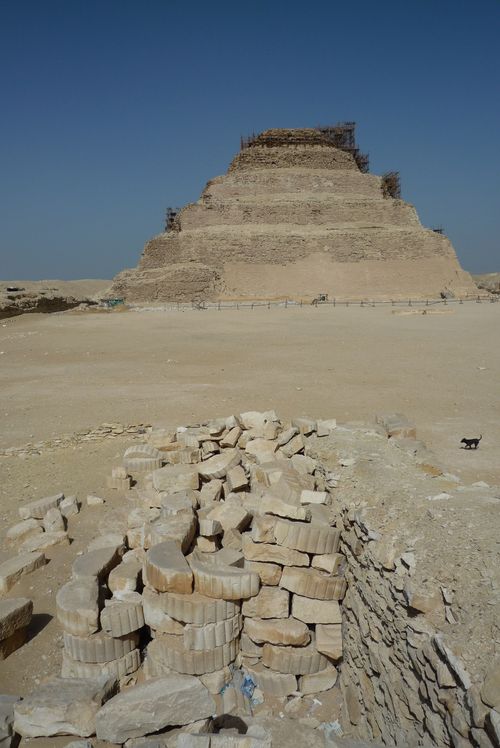 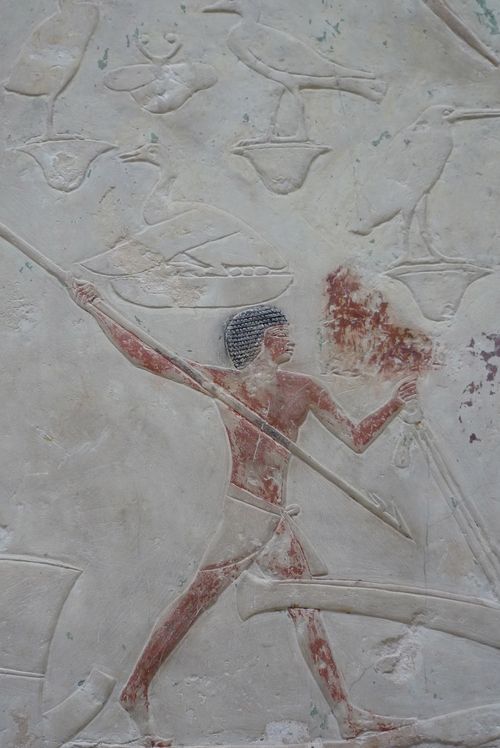 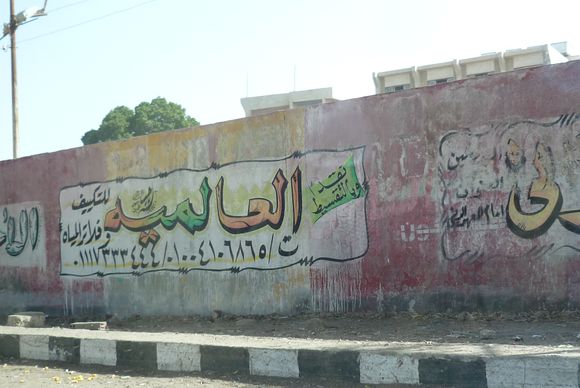 Painted ads during the drive to Memphis. It was dusty in Memphis that day. 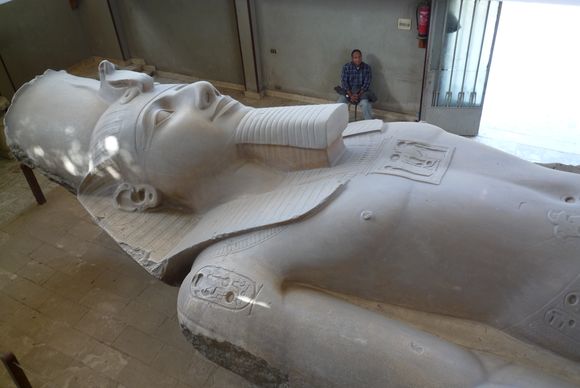 Giant sexy statue of Ramses II in Memphis. What a hunk, a hunk of burning love! 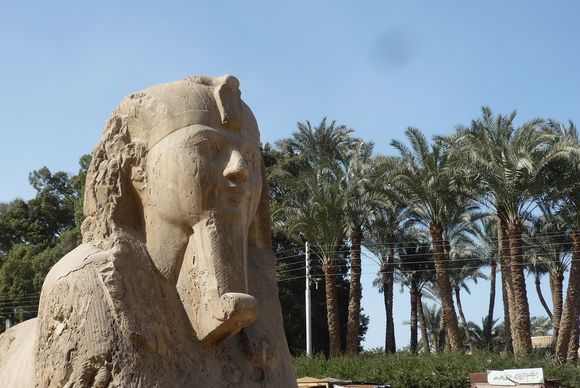 The Sphinx of Memphis that was once covered in alabaster. 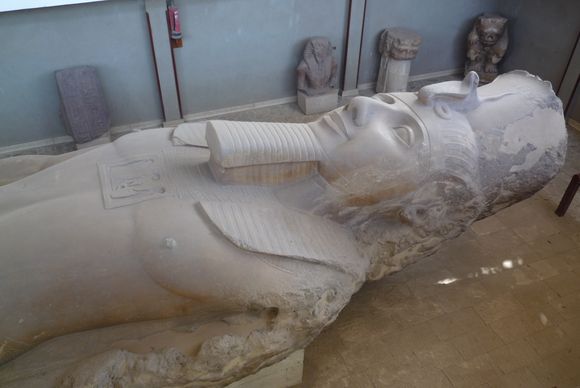 My visit to the Nubian villages of Elphantine Island

My visit to the awe-inspiring Temples of Abu Simbel 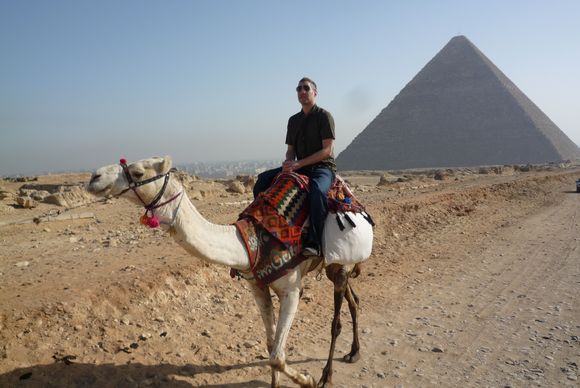