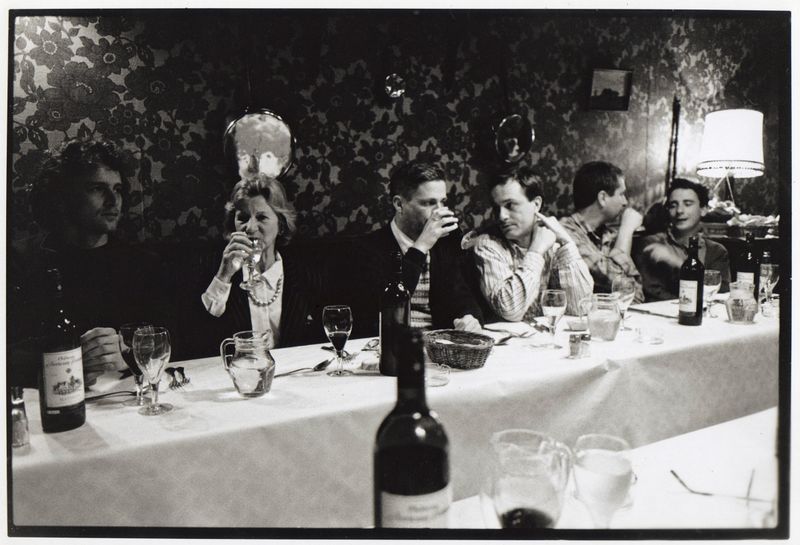 For those still without a January “artravel” (arty?) destination, do not hesitate to jump over to Amsterdam and have a look at Mr. Bart Julius Peter’s wonderful calculations.

I name his gorgeous black-and-white photos this way as this talented & modern photographer has the ability to fractionate time and extract its beauty in a way that most of us are unable to reach.

Water went through the Amsterdam canals since the Van Loon family started collecting eclectic pieces, and Foam Amsterdam (the photo Mecca) has managed to have Mr. Peter exposing his both early and recent works in their 17th century rooms. A selection from an exquisite archive including: portraits, splendorous landscapes, beautiful old ladies and sexy young men (you don’t want to miss those from El Cairo where he spent some months early last year).

There is an obvious connection between these spaces and this artist: both are joy lovers and adore treating pleasure with bistouries, being as such perfectionist and loyal ambassadors of the Dutch allure we sometimes miss.
As the Van Loons have exercised aesthetics, Mr. Peter tries to follow their tradition while leaving a footprint of contemporary quality ready for export.

From the beginning, this Kuwait-born and Amsterdam-raised artist has scanned the invisible, observing while biking around and translating it into printed-paper; sometimes simply waiting for the right moment, or, more than often, attacking with his camera.

In the first issue of Fantastic Man Magazine S/S’05 (p.27 to p.33), Mr. Peter gives his opinion about masculine clothing, and also mentions the pleasure in the air when you spray perfume on your body, maybe another Peter’s territory.