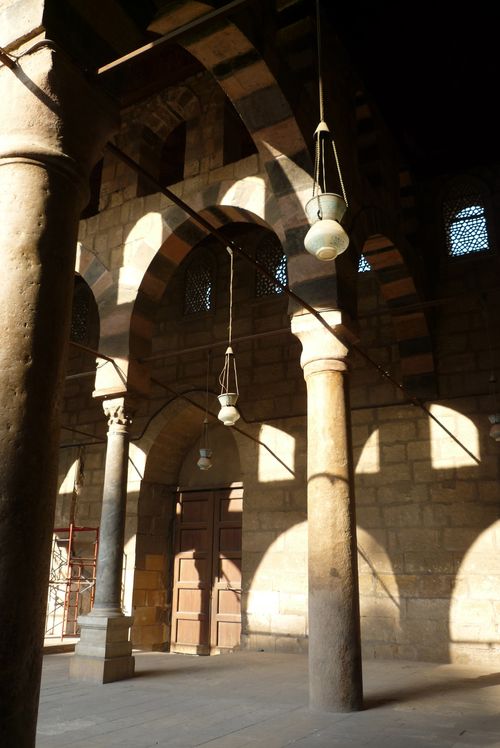 I squeezed a lot of sightseeing into my recent trip to Cairo and because I’m mad for Islamic architecture, I hired a taxi driver for the day and after touring Coptic Cairo (post to come) we drove out to the gigantic Citadel of Saladin. Saladin began building the Citadel in 1176 A.D. and it was home to Egypt’s rulers for 700 years. 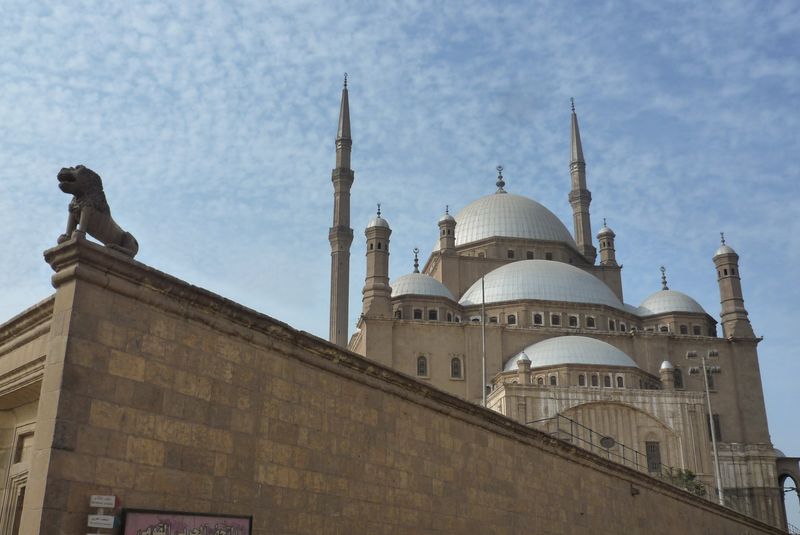 In the early 19th century, Mohammed Ali was in power. His Turkish-style alabaster mosque is pictured above and it took 18 years to build. 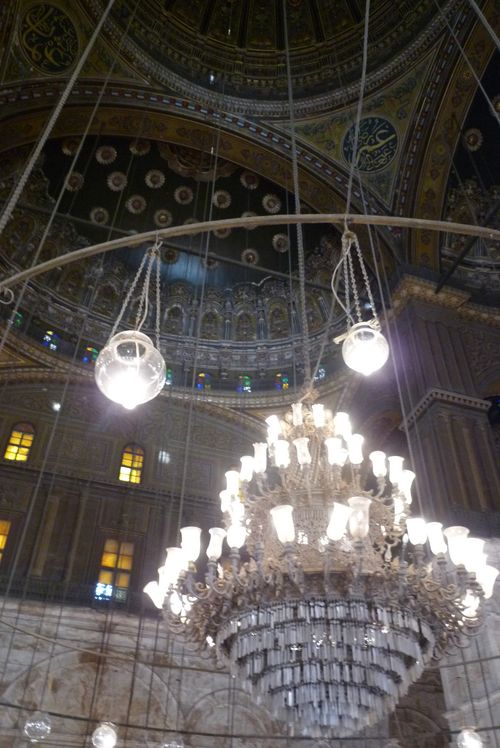 Inside the Mosque of Mohammed Ali. 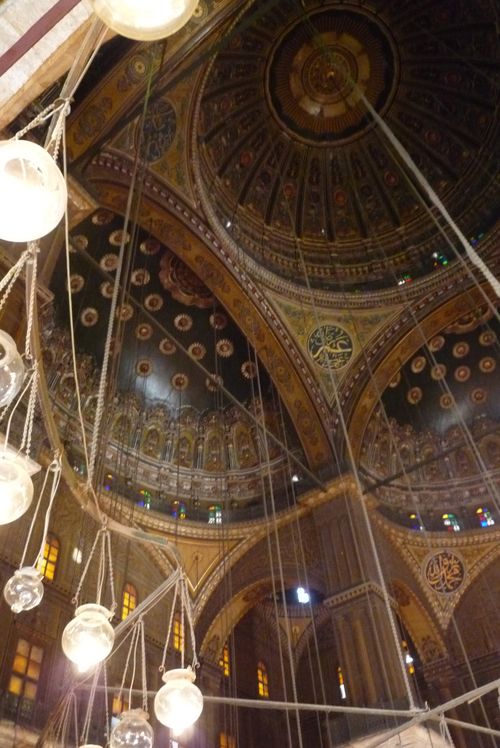 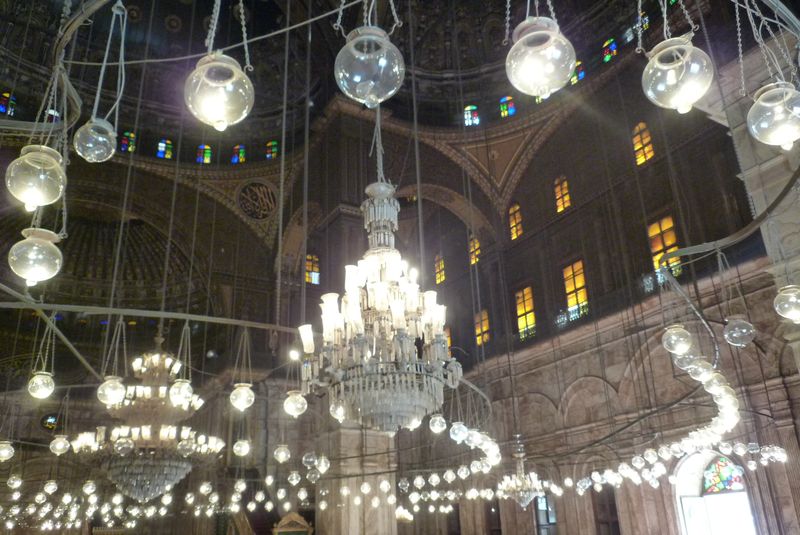 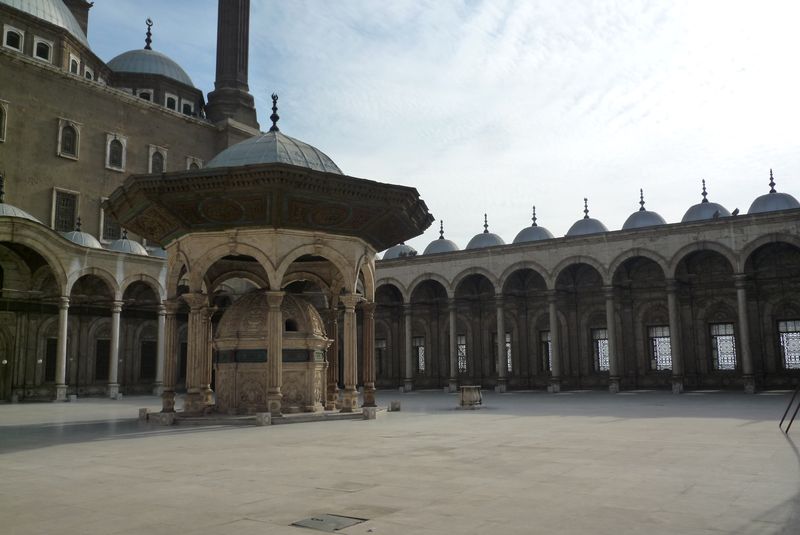 I got goosebumps when I walked out into the mosque’s courtyard, which was completely empty of visitors. I often have dreams about being alone in places like this. 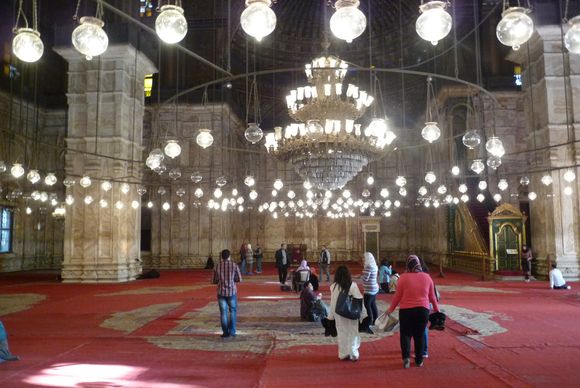 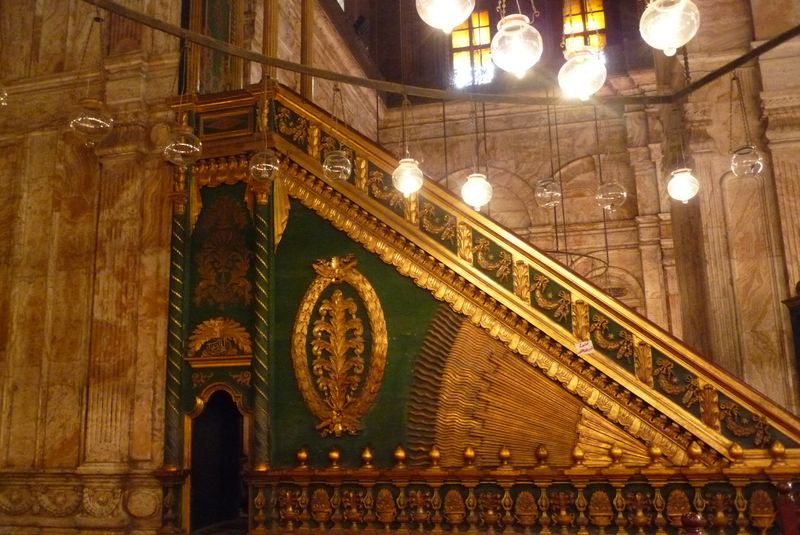 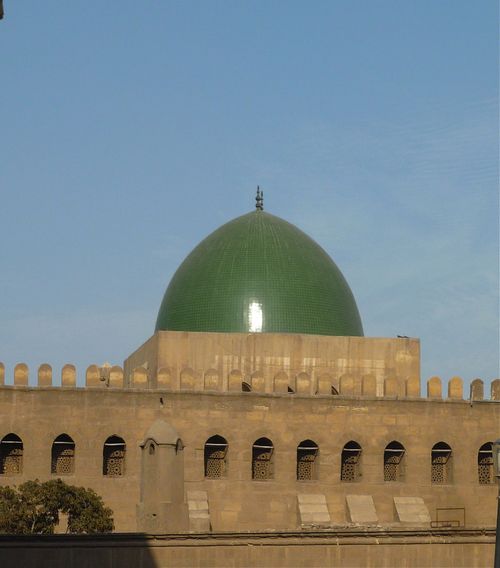 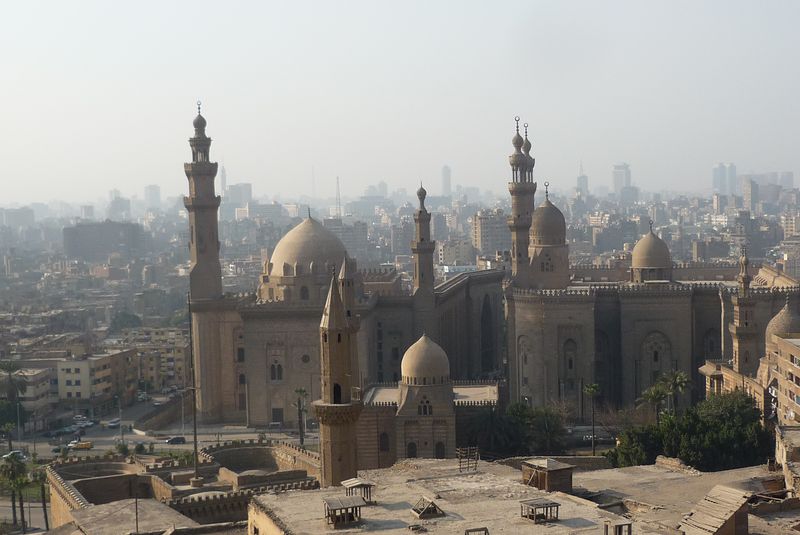 View of the twin mosques, and Cairo, from the Citadel. I had someone write their name down in Arabic so my non-English-speaking driver could take me there. 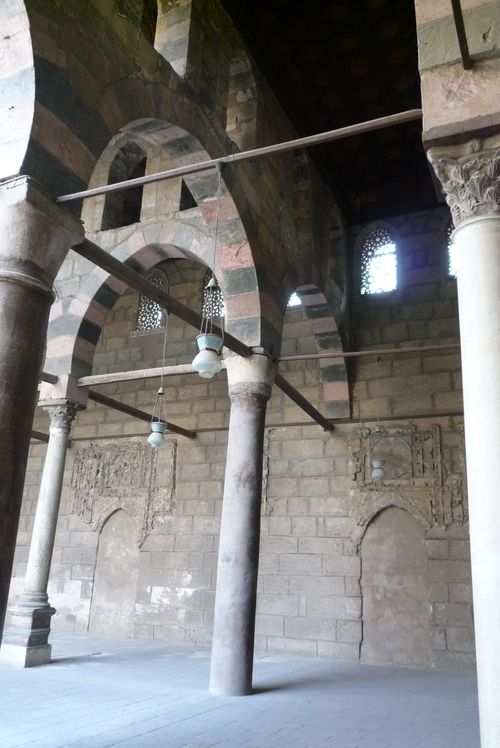 This was my favorite mosque, becaue it had an understated elegance. It was completely empty save for a mullah who pointed out some details for me. Built in 1318, the Mosque of Sultan al-Nasir Muhammad ibn Qala’un is the only Mamluk (Egypt during the Middle Ages) work that Mohammed Ali didn’t abolish. 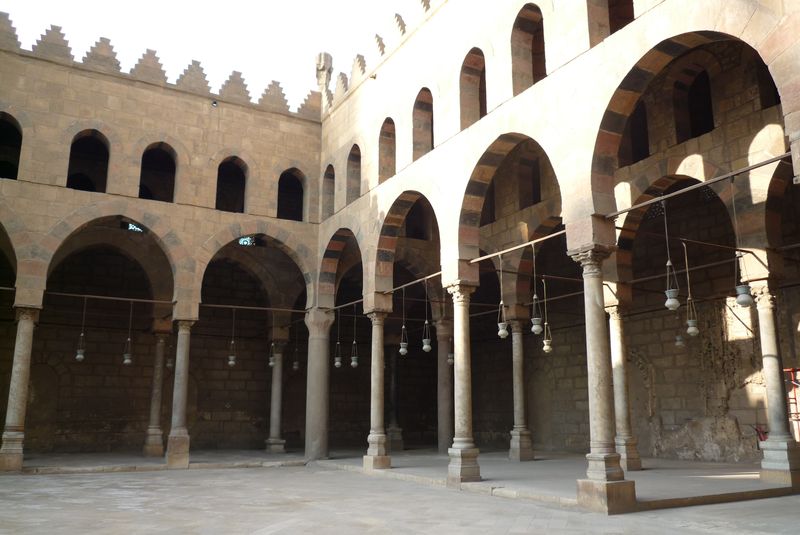 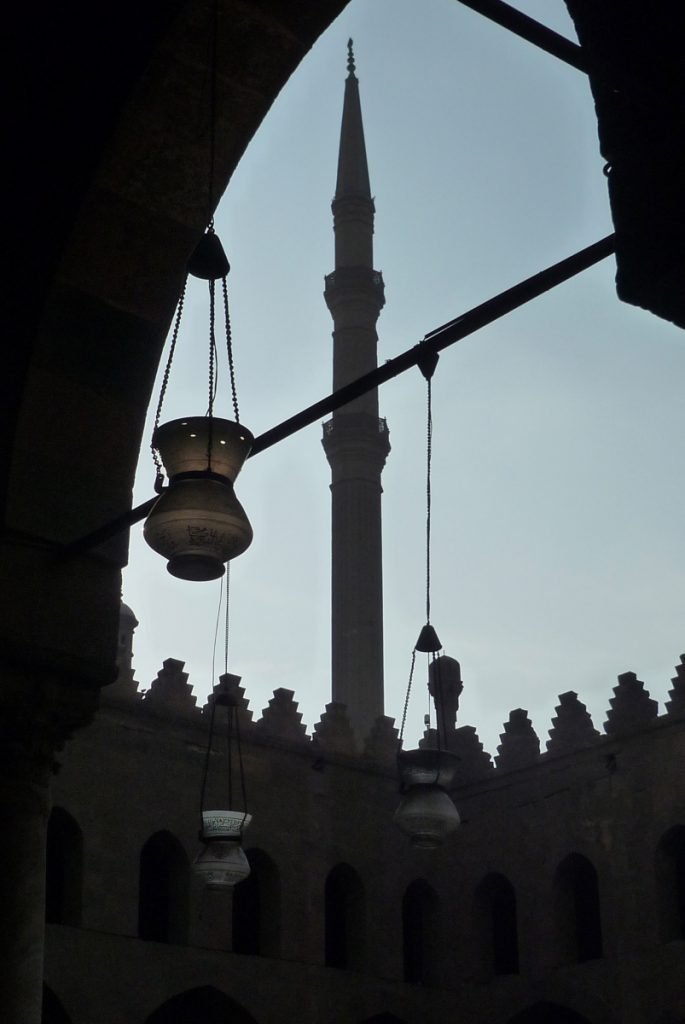 My arrival at one of the twin mosques. I didn’t know anything about these mosques, only that the Four Seasons concierge recommended them. My plan for this day was to tour Coptic Cairo, which I did in the morning, the Citadel, these mosques and then a stroll through Fatimid Cairo, even though the hotel kept trying to talk me out of it. (Once you’re there you realize the reason: if you’re alone and an obvious tourist, the harrassment by touts hitting you up for money and trying to get you to buy things is NON STOP. This happened almost everywhere on my trip and yes, it is very exhausting. And some of the touts are smooth talkers, so they might trick you into walking to their friend’s shop, etc. But then you don’t want to ignore everyone because you can’t just visit a city like Cairo and not talk to the everyday people on the street. And ultimately you forgive everyone for the constant harassment: Egypt’s tourist industry has dwindled down to almost nothing, so everyone is broke.)

I didn’t make it to the streets of Fatimid Cairo beyond these mosques on this day, and as I was wandering around this mosque I said to myself, “Oh, my friend Christopher will be so disappointed that I didn’t try to find the mosque where the Shah of Iran is entombed.” Maybe on Tuesday or Wednesday, I thought, if I have time. 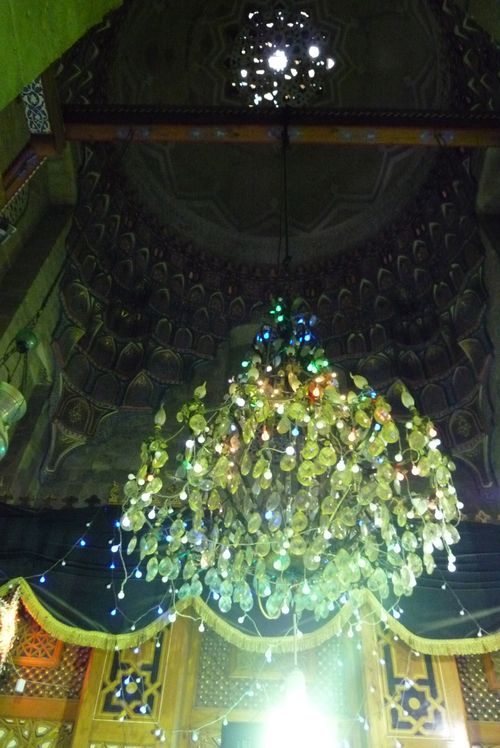 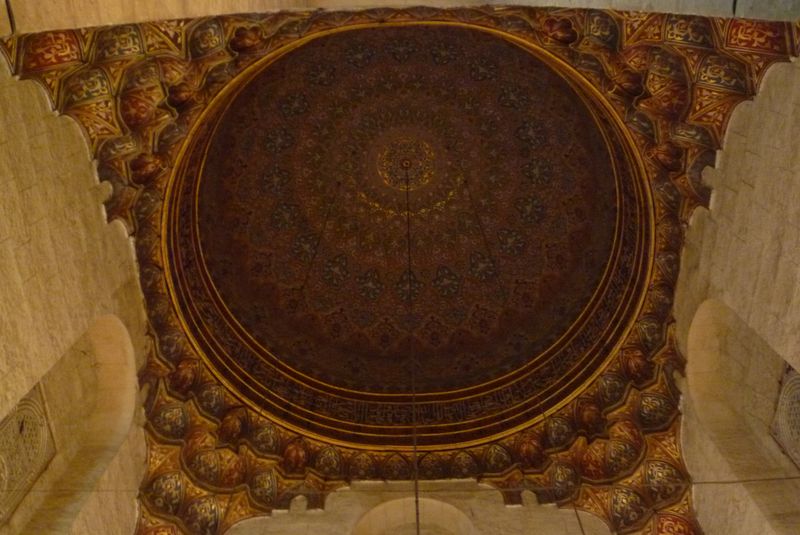 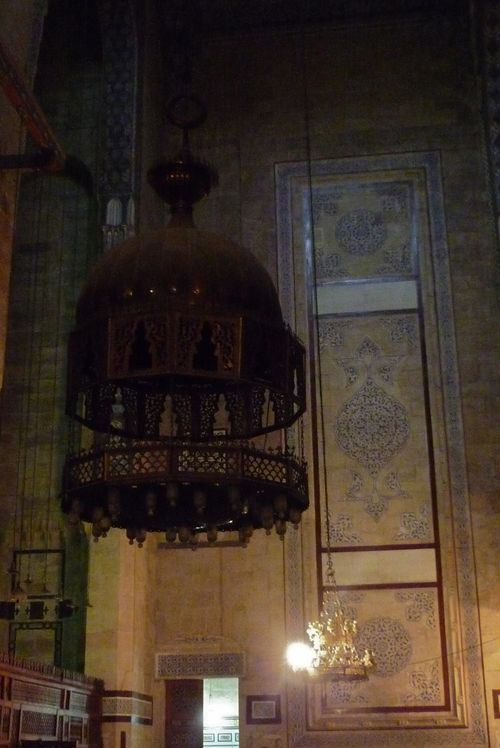 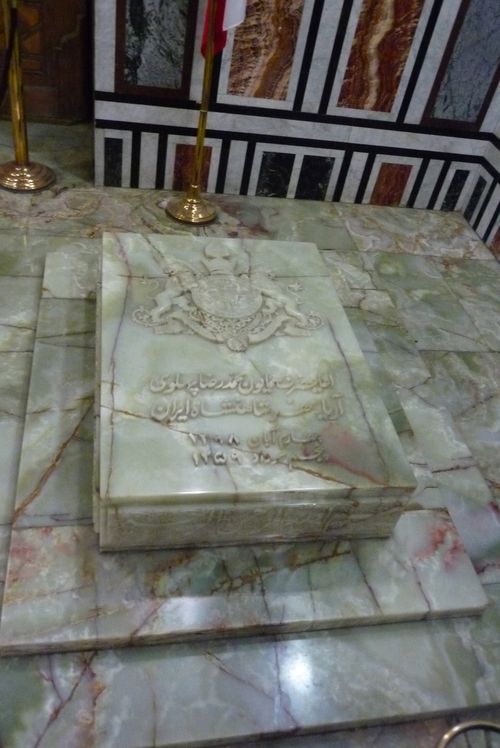 Just as I was about to leave, I noticed a brightly lit room off to the side and thought I better check it out. When I walked in I was astonished to see the tomb of the Shah of Iran! I had no idea it was in this mosque. Named the Al-Rifa’i Mosque, it was built between 1869 and 1912. Reportedly, the Shah (Mohammad Reza Pahlavi) was buried here because the mosque has great symbolic importance. The last royal rulers
of two monarchies are buried here: Mohammad Reza Shah Pahlavi of Iran
and King Farouk of Egypt, his former brother-in-law. Here are their tombs, below. I was led into this room, which was behind an closed imposing wooden door, from a mullah lookin for a tip. 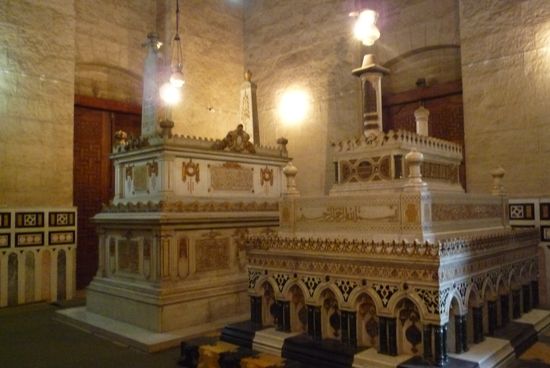 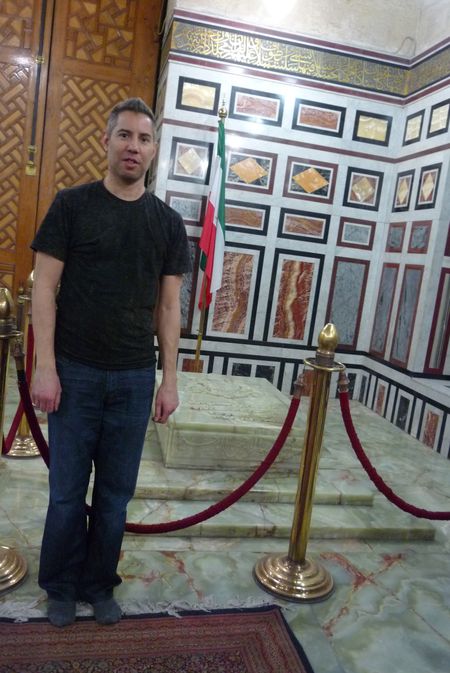 If I had known I was going to visit the Shah, I would have worn my gold-threaded Giorgio Sant’Angelo kaftan and the turban that Joan Crawford wore in “The Women” accented with a Jean Schlumberger emerald-and-ruby turban pin. 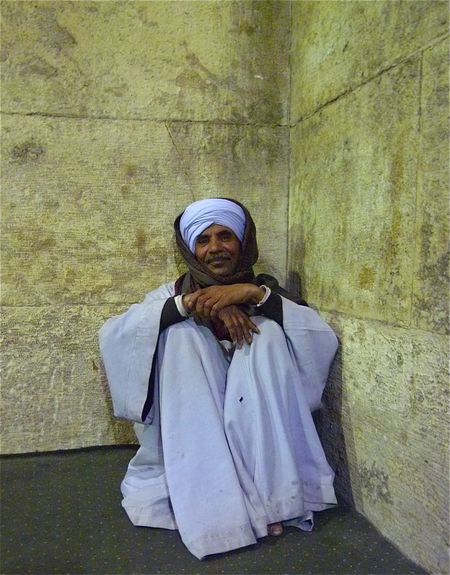 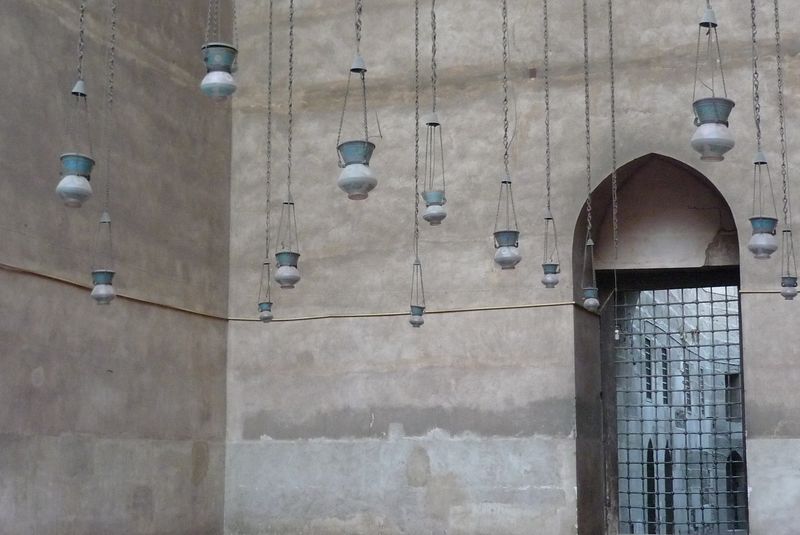 I then visited the mosque next door, the much older Mosque-Madrass of Sultan Hassan, completed in 1359. The Sultan liked to look down at this mosque from the Palace of Yalbugha al Yahawws in the Citadel. 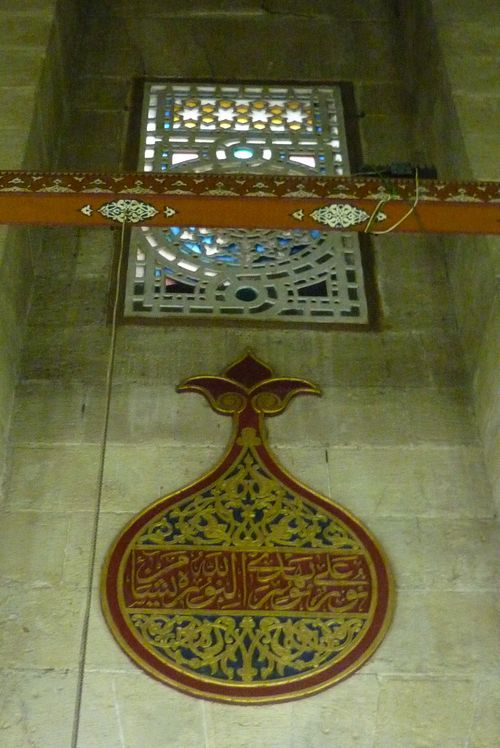 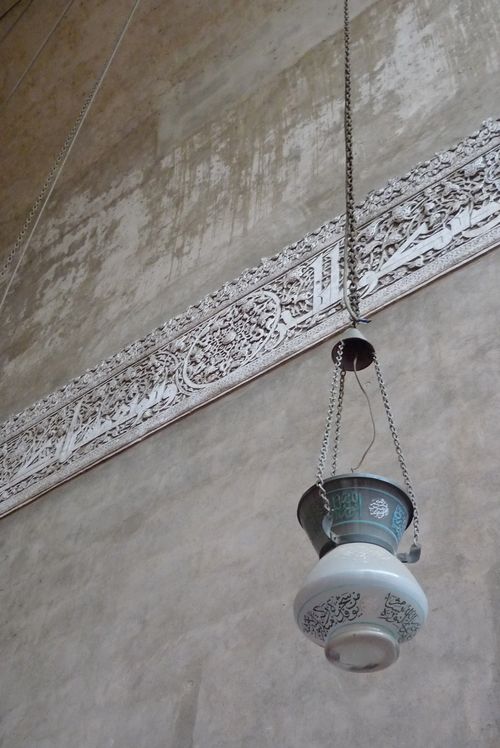 My report on Cairo’s Fashion Nights

My visit to the Nubian Villages of Elphantine Island