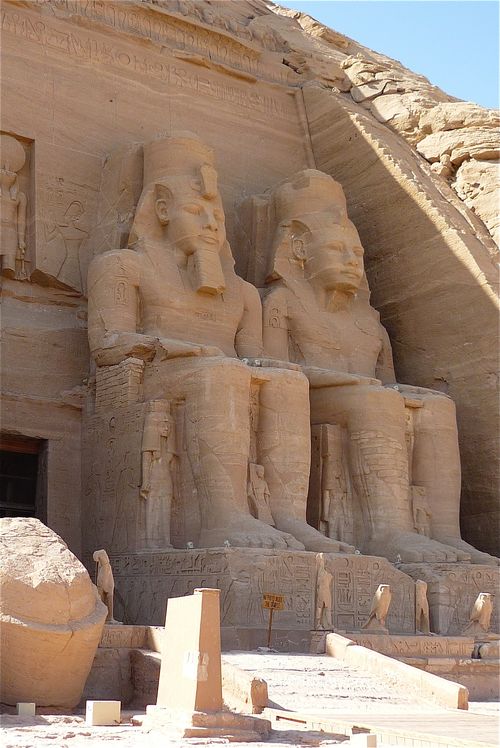 I’m lying in the bed of my suite at the Sofitel Legend Old Cataract Aswan Hotel, listening to the Nubian Desert re-mix of the Muslim call to prayer drifting across the Nile which is right outside my terrace doors. I’m very relaxed, like one might feel after 5 xanaxes, after a 3-hour felucca cruise on the Nile today, but I’ll try to describe my very surreal visit to Abu Simbel yesterday. It took 3 hours of driving through the Nubian Desert to get to Abu Simbel. You have to go with a police convoy, not because it’s dangerous, but because if you break down you are in the middle of nowhere and could die from exposure or just collapsing trying to walk to a rest stop. The zen infinity of the desert coupled with my driver’s hypnotic Nubian dance music put me in a trance. We drove almost to the border of Sudan, where Abu Simbel is.

When my driver let me out I had to walk (run) down a long pathway behind the artificial hills where the temples now stand. (They were moved in the 1960s to escape destruction by flooding from the Aswan Dam. It was a huge UNESCO initiative.) When I came around the bend I was expecting to see at least a moderate-sized crowd of tourists. Instead, I found myself completely alone in front of the two temples. There was no one in sight, not even a guard. Only two skinny black dogs. I felt like a 19th-century archeologist discovering the temples for the very first time. 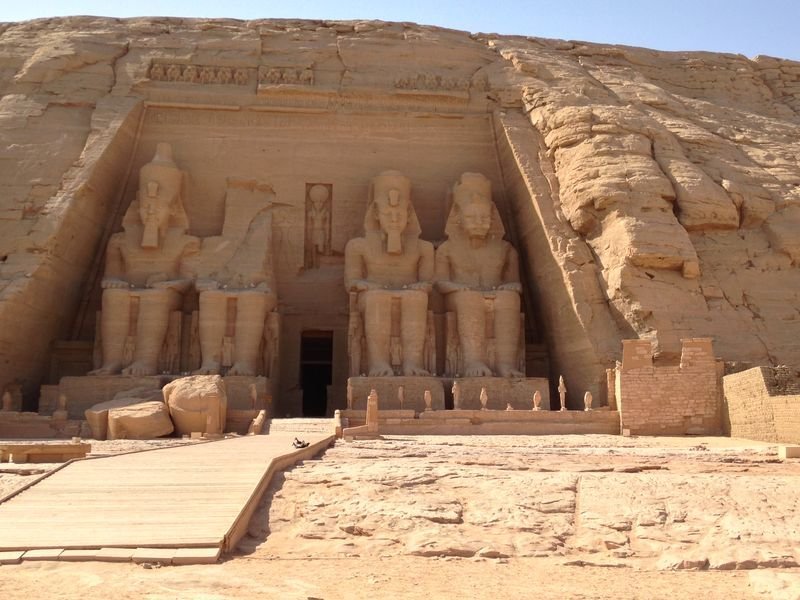 Alone at the feet of the colossi–the 4 statues of Ramesses II. The 2nd one collapsed during antiquity, his torso and head lie on the ground. All of this was meticulously positioned when the temple was moved so that is it (almost) exactly in the same position as where it was found in the 19th-century further down the Nile. 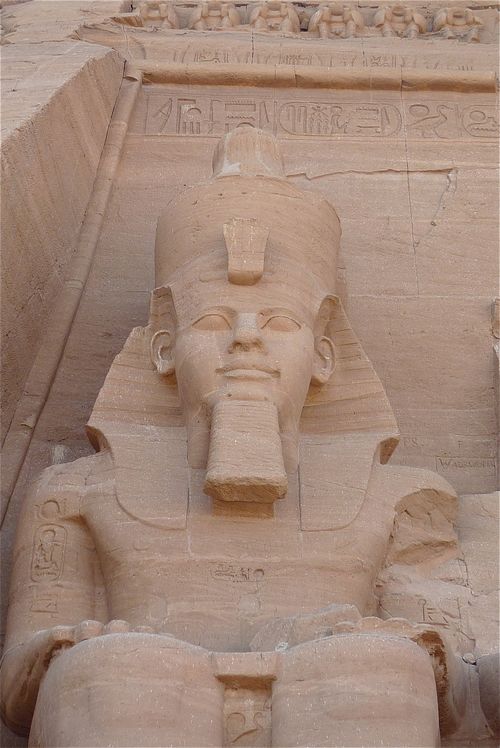 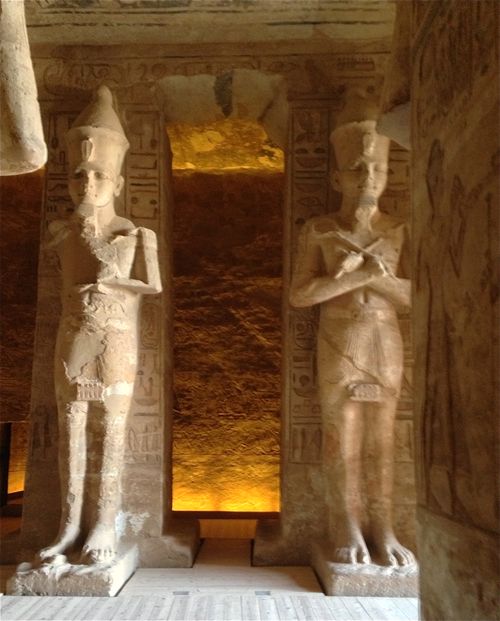 I wandered inside the temple and there was still not a soul in sight. Photos are not allowed inside the temple but because I would never use a flash (it damages the objects) I just started snapping away with my iPhone. Even when some guards appeared later, they had no problem with taking photos of me inside the temple. Eventually two Italian tourists showed up and we wanderered around the temple, astonished. 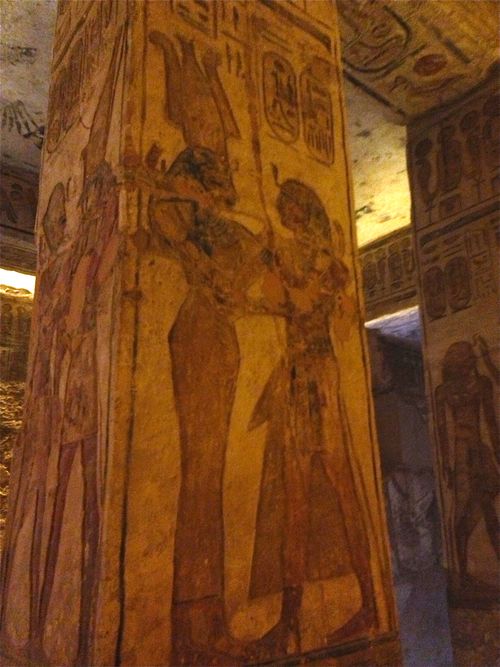 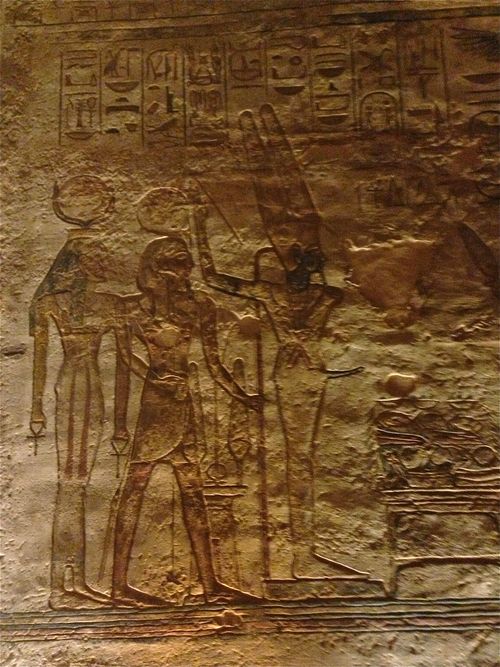 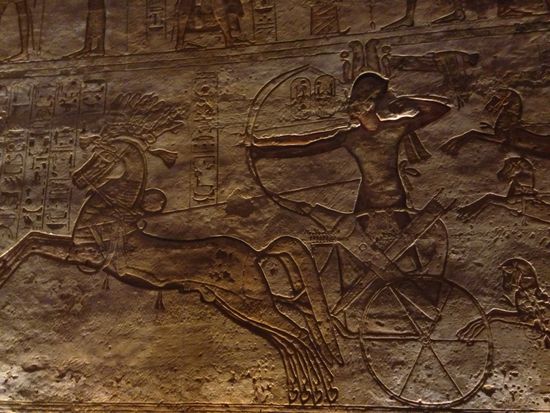 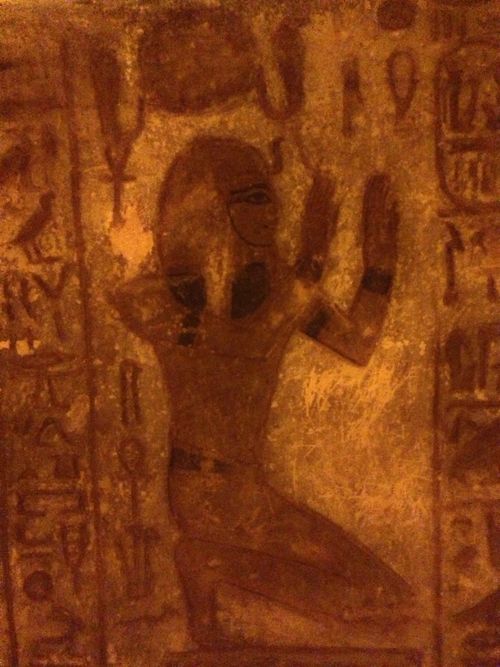 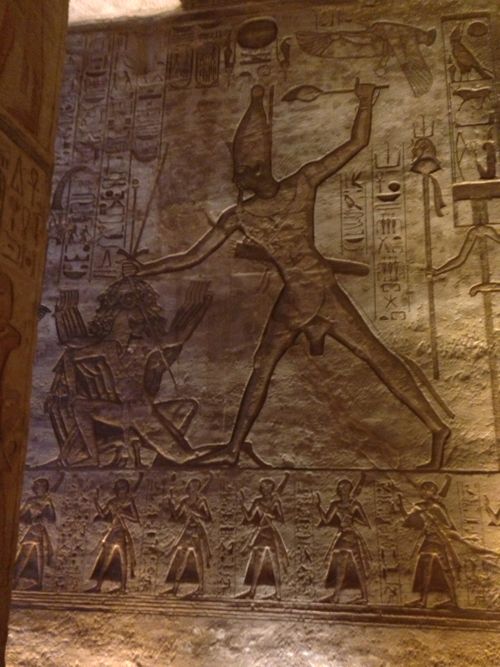 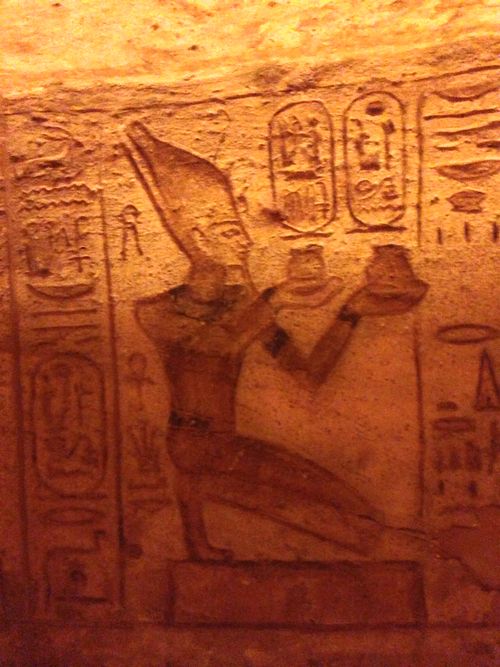 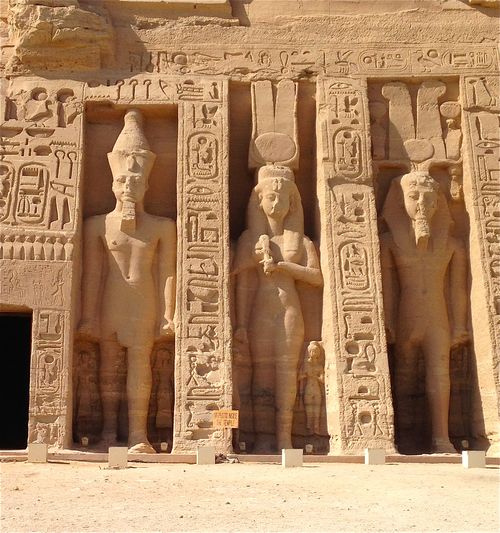 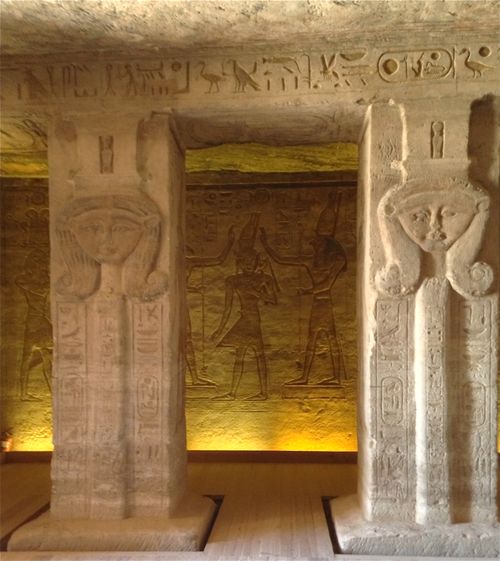 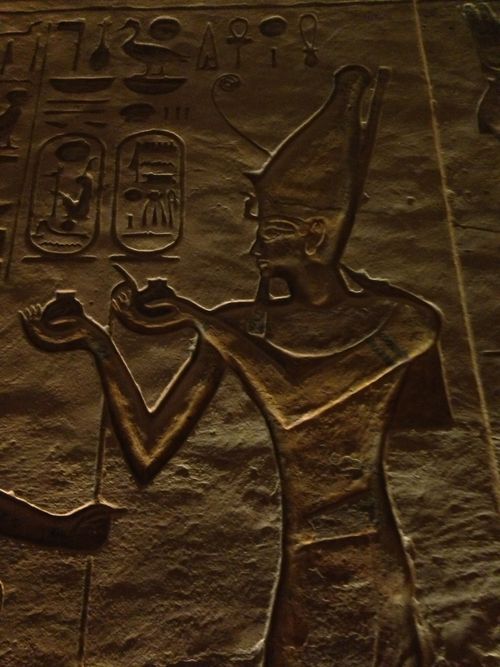 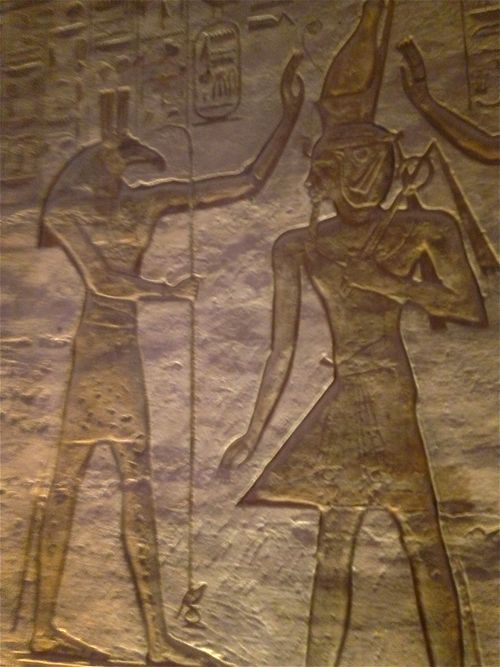 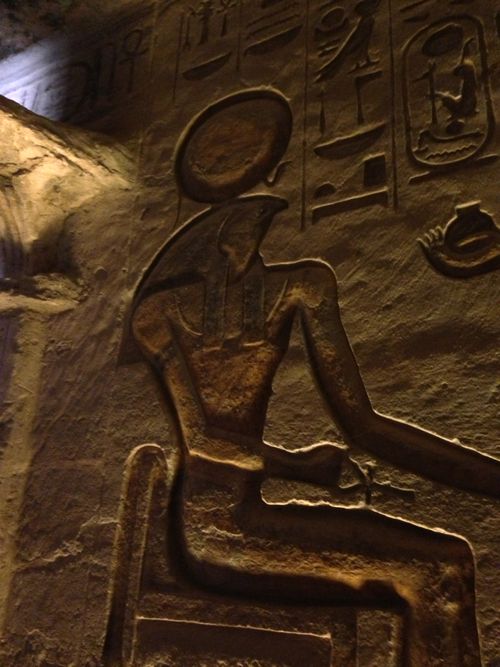 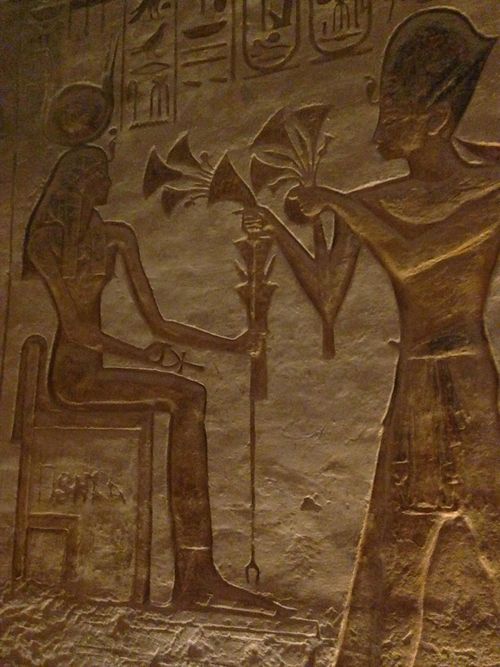 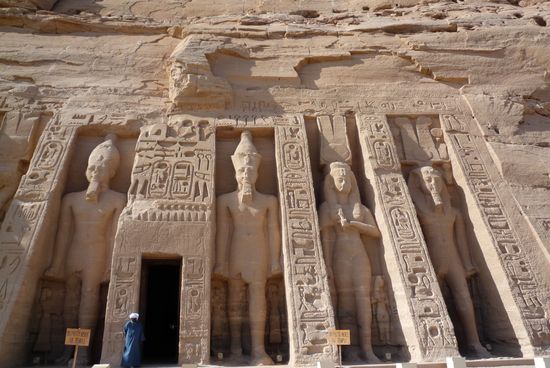 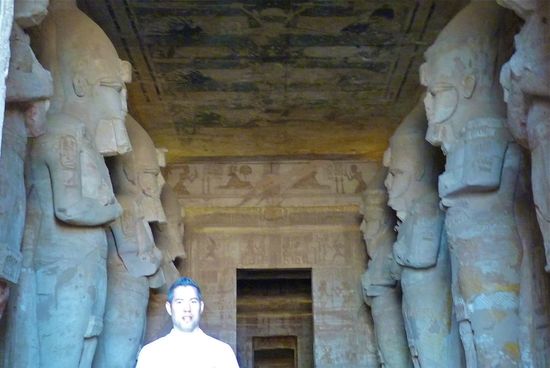 Me inside the Temple of Ramesses II 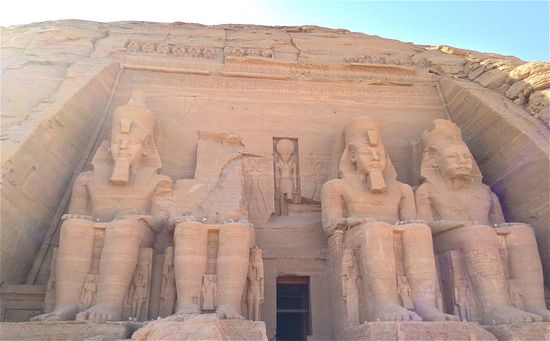 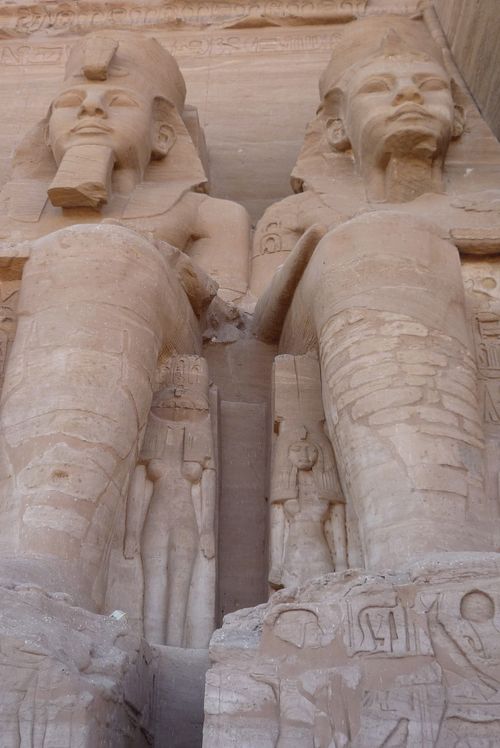 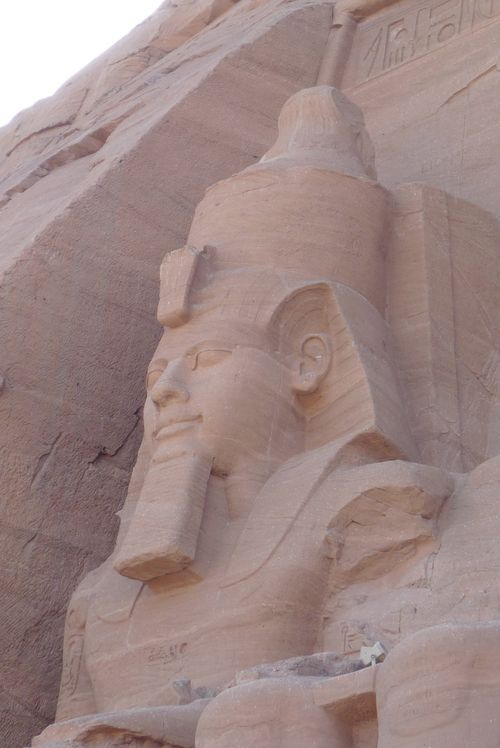 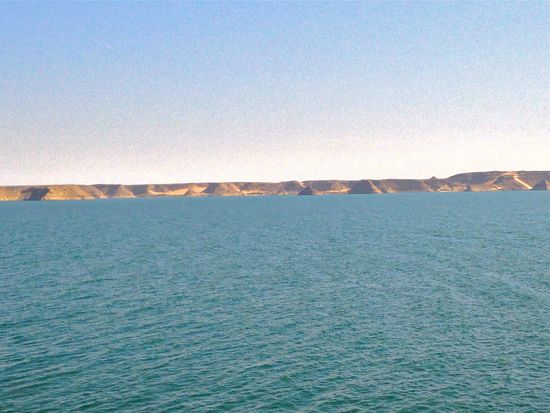 The colossi of Ramesses II view of the Nile.

Aswan is SAFE. Come visit now, the weather is perfect. Cairo is also safe, don’t be manipulated by the fear-mongering Western media who are only focusing on and, in many cases, mis-reporting the political turmoil. If you want to know what’s really going on politically, it’s better to follow independent Egyptian journalists, bloggers and insiders on Twitter #Egypt. For the prudent traveler, Egypt is safe. Visit Egypt, you won’t regret it.