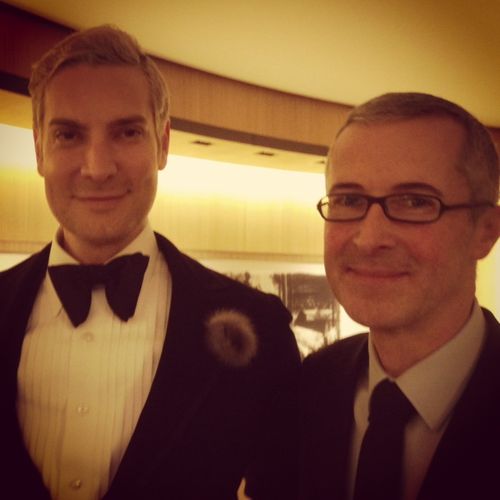 Moynat was the perfect setting for the Cameron Silver book launch. The shop was packed with well wishers and Cameron was kept pretty busy signing his book: Decades A Century of Fashion. The book is already in its second printing and Cameron has been invited everywhere from Paris, Amsterdam, Florence…I don't know all of the stops on his world wide book tour, but there are many.

THe book is quite impressive and there is a beautiful image of Cameron with his "perfect" woman, Dita Von Teese who epitomizes glamour.  Cameron Silver has owned Decades, the renowned vintage boutique on Melrose Avenue, for 15 years and has been dressing actresses including Chloe Sevigny and Michelle Williams, Nicole Kidman and Jennifer Lopez for years. Each of the ten chapters is  devoted to the iconic looks of a decade. Josephine Baker and Zelda Fitzgerald show off their legs in the 20s; Jackie O embodies feminine polish in the 60s; Calvin Klein's minimalism meets Jacobs' grunge remix in the 90s.