I first met Nanse Kawashima, one half of the duo behind Symbols + Rituals, in February of 2010, while in Madrid for Cibeles Fashion Week. At the time she was designing accessories, but in early 2011, she founded a creative studio with Eri Nagasaka, adopting an interdisciplinary approach to fashion, art and design. I first encountered their work this past July, when I noticed posts on Facebook documenting the hirsute mannequins they had created for the Soho Alexander Wang flagship store. I was bowled over by their bonkers realization of an army of chic Cousin Its, carrying of-the-moment clutches, or with a handbag slung nonchalantly over a shoulder. I emailed Nanse to reconnect and happily discovered that the Symbols + Rituals studio and I shared the same Williamsburg location. 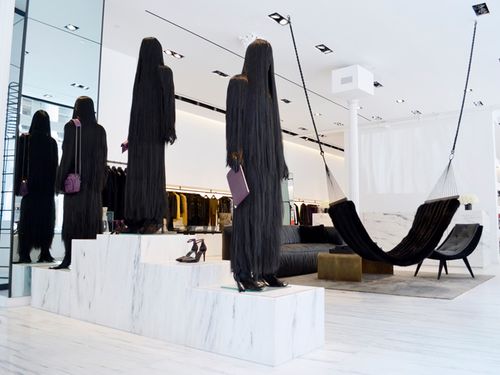 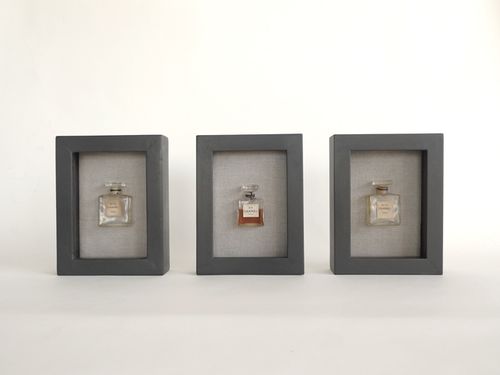 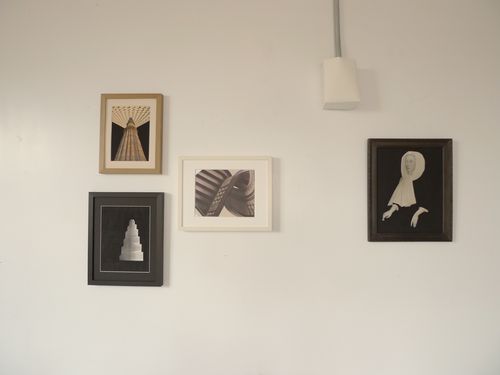 The weekend before last I popped in to say hello. Nanse and Eri were hosting a studio event to showcase recent work, which span one-of-a-kind collages, sculptures made from take-out containers stuffed in tights, engraved metal cuff bracelets sourced from Ghana and Mali, and my favorite, three vintage miniatures bottles of Chanel No.5, set against unbleached canvas and placed in a black wooden frame. Despite the diversity of their offerings, Nanse and Eri have a tightly focused aesthetic, which brings disparate objects into harmony. They work almost exclusively in monochrome, with the occasional metallic element added to the mix, and they favor a punchy graphic impact that immediately engages a viewer's attention. 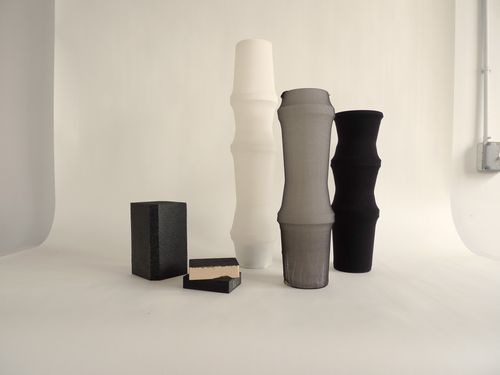 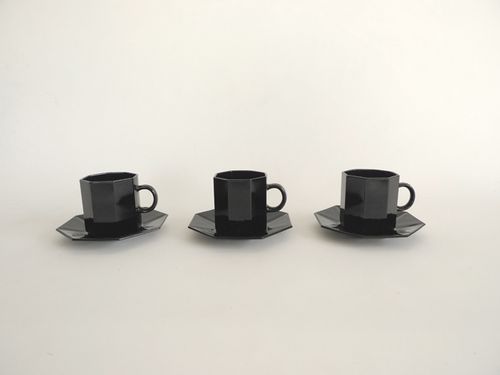 There's also an esoteric current that is present throughout their work, more obviously in a collection of gold-tipped ceramic pyramids, but also in their unsettlingly beautiful collages, or their fetishization of an iconic perfume. Nanse and Eri elevate worldly pleasures to an exalted state – a bracelet takes on the qualities of a protective talisman, while a bottle of Chanel No.5 is framed as a memory vessel. Despite its stylized, formalist aesthetic, their work is sentimental and sensual, and winningly unpretentious. Its price points are as well – those framed Chanel perfume bottles are $250 a piece, while collages range from start around $60. Much of their work is presented (with prices) on their website. If you're interested in learning more, please visit http://symbolsandrituals.com/ 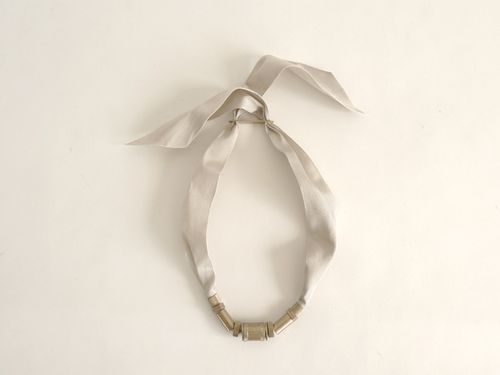 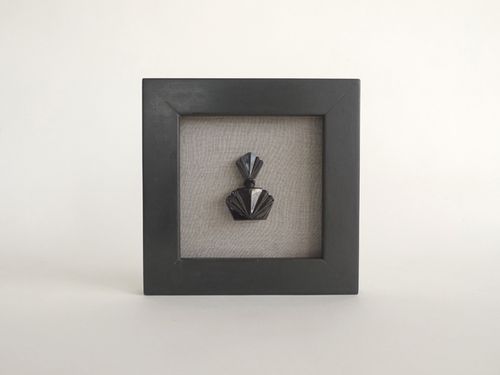