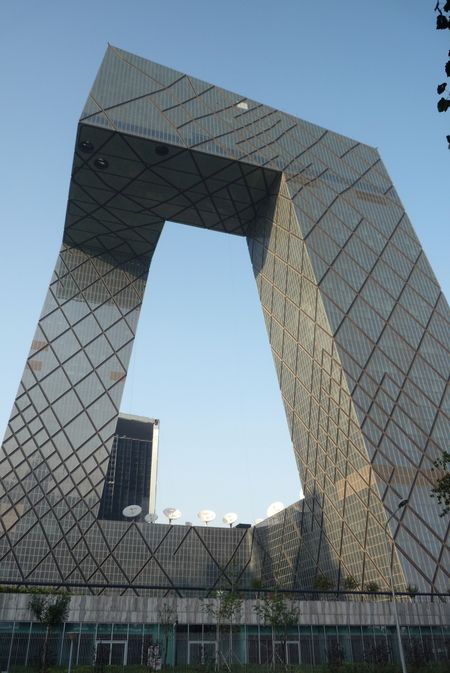 It started with an ear-splitting “OH MY GOD!” and then, “Oh, look! THERE IT IS!!!” Then a ripple of loud gasps, followed by frantic shuffling through bags and jacket pockets, a chorus of beeps as cameras were turned on, loud moans of ecstasy, windows being rolled down, and a gaggle of design and architecture journalists hanging out of the windows of our van like rabid paparazzi in a high-speed chase after an A-list celebrity. Except in this case, the celebrity was the hulking Rem Koolhaas-designed headquarters for China Central Television.

The driver slowed down, then stopped, and we all spilled out onto a dusty sidewalk in Beijing’s smoggy business district. Cameras and iPhones clicked away and we all acted like the celebrity building was going to bolt away at any second, like a hunted elephant. Stalking the starchitecture.

Piling back into the van, we continued to shoot Koolhaas’ questionable masterpiece from every angle possible as we drove away. As the monstrosity shrank and finally disappeared behind us, Ana from Madrid, the enfant terrible at large for El Pais, collapsed back into her seat and exclaimed in her hesitant English, “That was SO ex-citing!! This is what happens when you don’t have a sex life!” 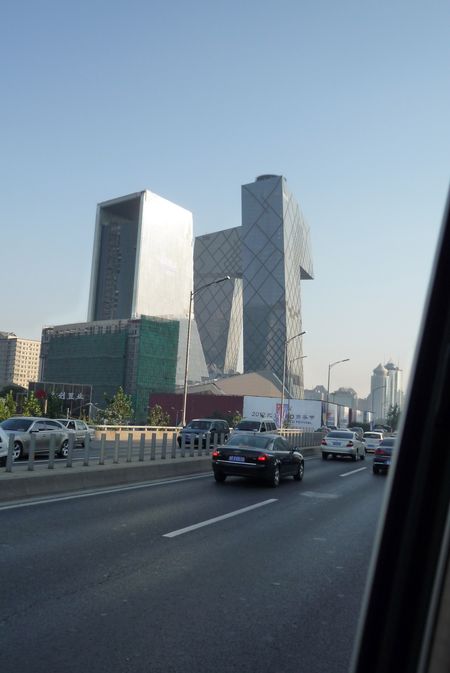 The split-second of realization when the CCTV Tower appeared in our crosshairs. 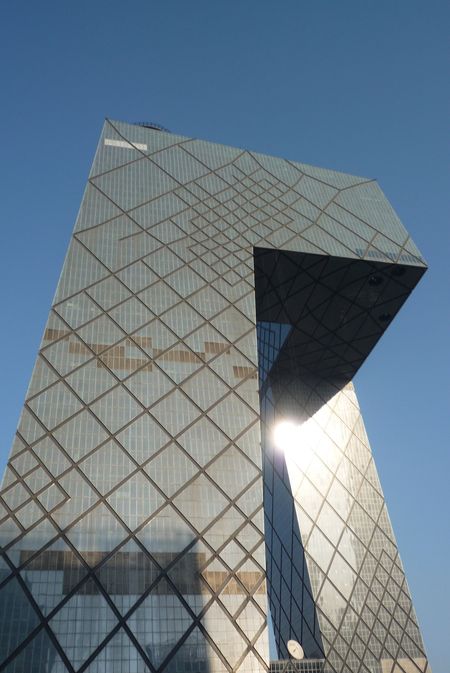 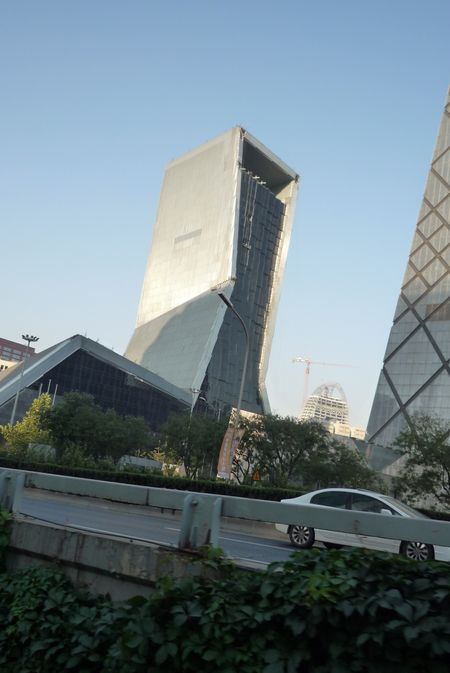 There was also the necrophilic thrill of gazing upon the burnt-out shell of Koolhaas’ TVCC (Television Cultural Centre) Tower (above). The building caught fire on Chinese New Year’s Eve in 2009, and the blaze was allegedly caused by rogue fireworks (but the rumor is that it was government arson). The shell is made from titanium zinc alloy and supposedly the building, which was to house a 5-star Mandarin Oriental Hotel, can’t be torn down because it will disrupt the feng-shui balance of the property. I’m told they are in the process of repairing and renovating the interior (doesn’t look like they were working on it this day, though!) but it reminds me too much of that sinister, abandoned, concrete pyramid “5-star” hotel shell in Pyongyang, North Korea. 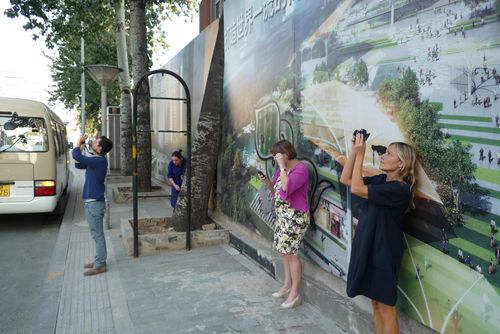 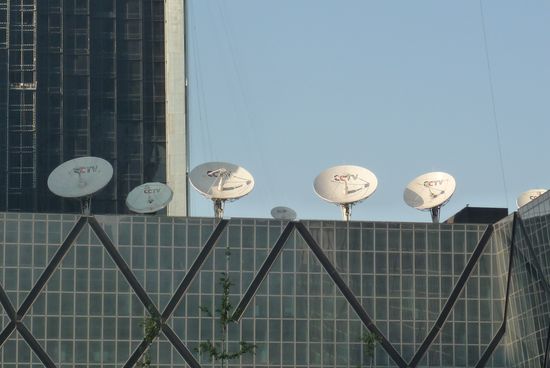 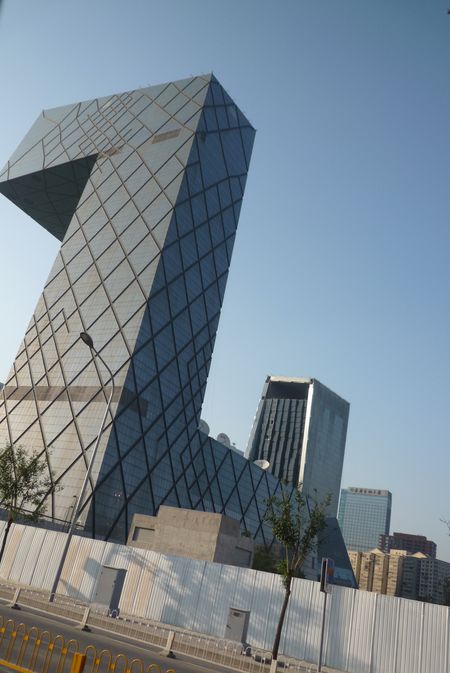 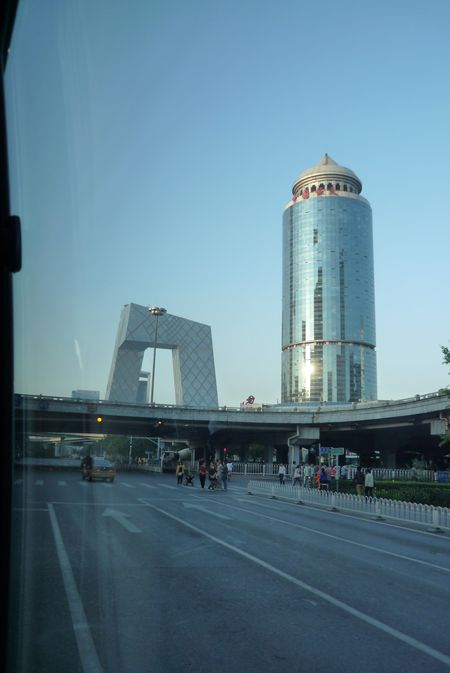 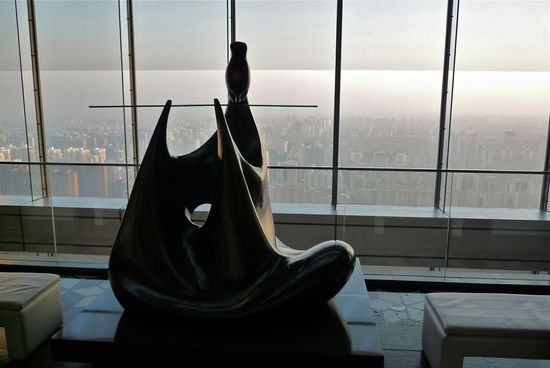 More zen than orgasmic was the view from the top floor of the Grand Hyatt Hotel. 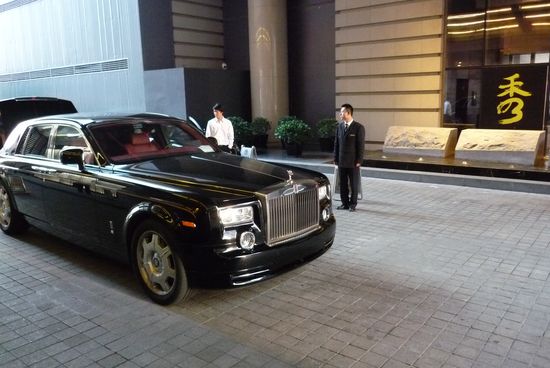 And this is China today: Rolls Royces galore. You’ve been driving for a long time, America, time to get in the back seat (or the trunk). 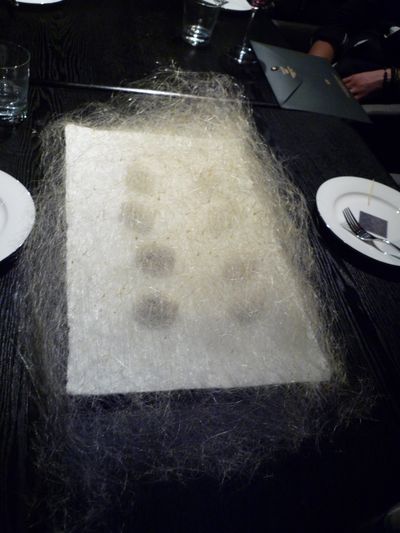 After some luxurious cocktails on the top floor of the Shangri-La Hotel, we were invited to dinner at Transit, a neo-Sichuan restaurant in Chaoyang District. The dessert of coconut balls and spun sugar (above) was delightfully unsettling, as it resembled an octet of larvae nestled within a cocoon. I kept expecting a brood of Mothras to emerge. Only in China, kids, only in China.