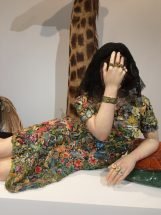 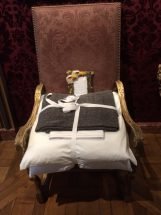 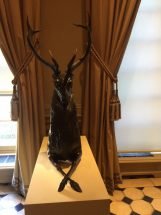 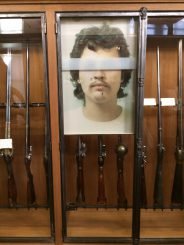 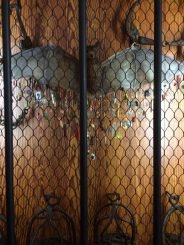 Sophie Calle’s exhibition curated by Sonia Voss is her first presentation in a French museum that covers several decades of the artist’s work since her retrospective held in the Pompidou Center in 2003 which I was also happy to have seen.

Sophie Calle’s work falls somewhere between autobiography and fictional narrative. She questions otherness, friendship and death which is at the heart of all of her work. Hunting is emblematic to her work, in her early works she was ‘stalking’ strangers that she encountered on the street. She also reveresed the roles becoming the prey when she hired a private detective to follow her and record her every move. Love is also another source for her in this exhibition by drawing on ‘lonlely hearts’ columns ot provide inspiration for two new works.

Another thread running through her work is the animal kingdome both close intimate companions to fantastical creatures each representative of someone close in her life. The menagerie that fills her world now occupies the rooms of the Musee de la Chasse et de la Nature for the duration of the exhibition.

The exhibition continues till February 11th

Definitely recommend that you see it.