Dear Shaded Viewers,
Influenced and inspired by the traditional embroidery of the Miao minority in southwest China, Jeffen by Frankie was another masterclass in craftsmanship from a Chinese designer in Paris. The collection was very feminine. A large selection of textures and colours were used throughout, with the emboidered details tying eveything together.
My favourite part of the evening was the short documentary that was screened after the fashion show. Filmed in the region of China that inspired the designer, we were shown how the traditional costumes are made, by the people who make them. Heritage is an important aspect of Frankie Xie's work, and it is easy to see how he can draw so much from it. 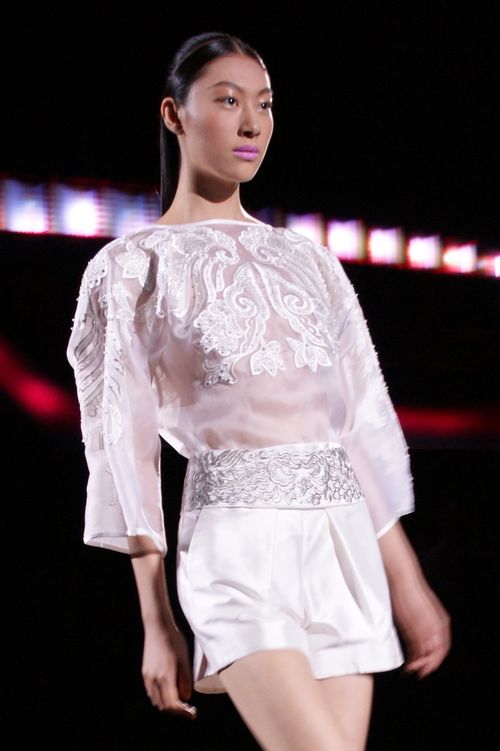 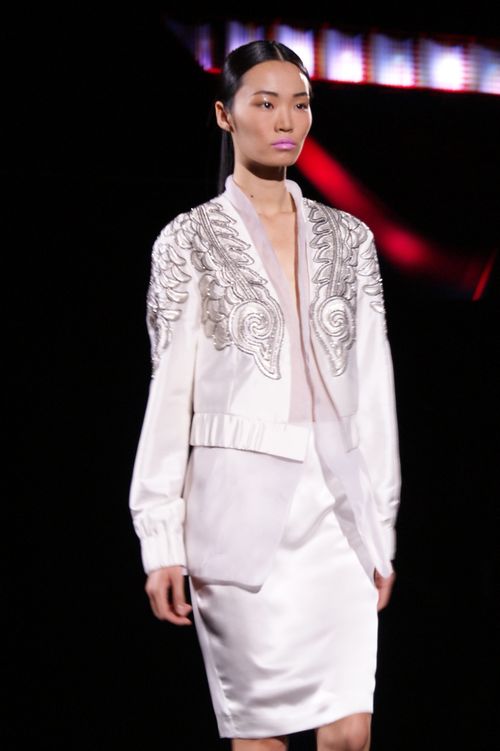 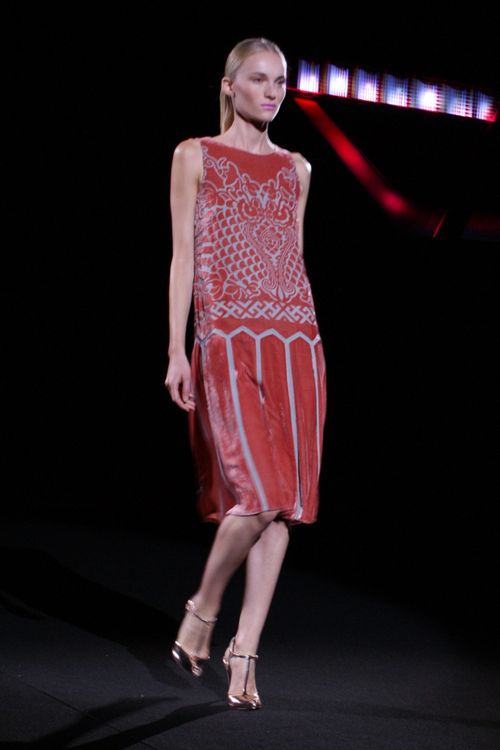 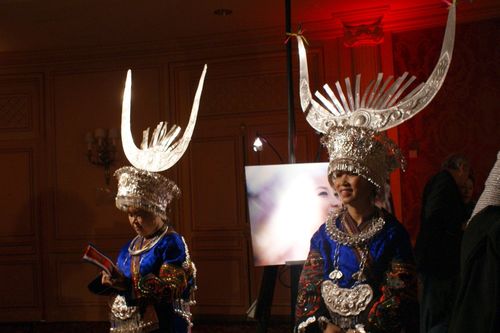