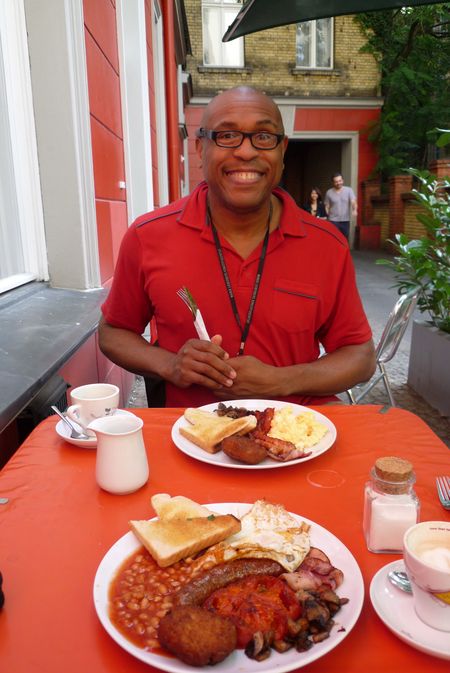 Two days ago I had long day with my sister of the clothe, Ms. Vaginal Davis. We caught up on all the international gossip about everyone we know….and if you’re wondering if we talked about you, don’t worry–we definitely did! We started the day with a big English breakfast at God Save British Food aka East London. Then we walked all around the city, observing the questionable wardrobe choices of many a Berliner. Some talented stylist should do a show called, “Makeover Berlin!” and give these ladies (unfortunately it seems to be too many women who can’t dress themselves here) some fashion interventions. 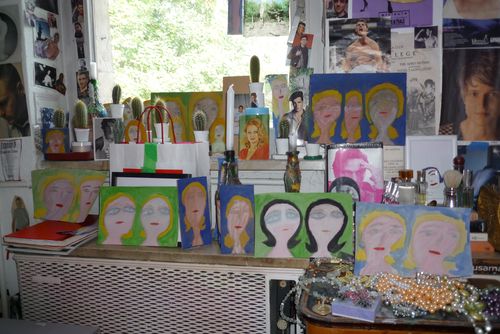 At Vaginal’s studio in Schoneberg, she is preparing for her one-woman show that’s coming up in November at Participant Gallery in NYC. (It’s just spitting distance from my apartment.) 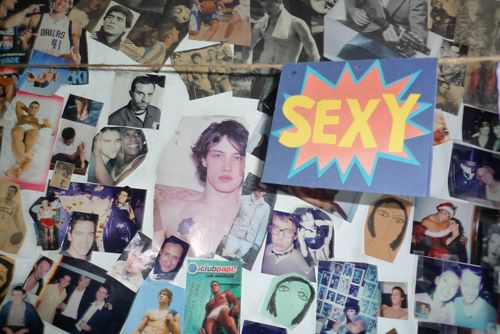 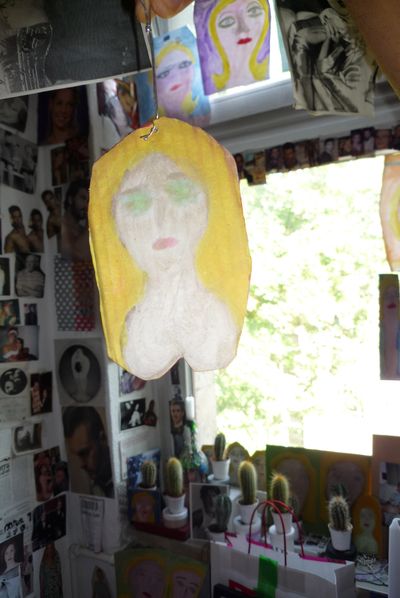 One of Vag’s custom-made earrings. 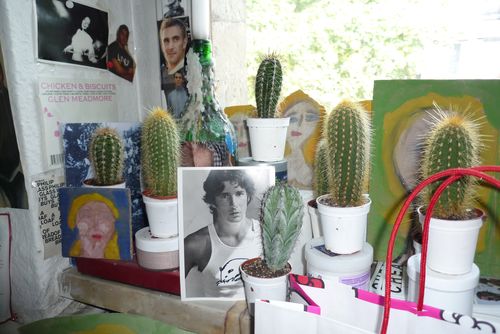 Delicious Richard Gere among the cacti. 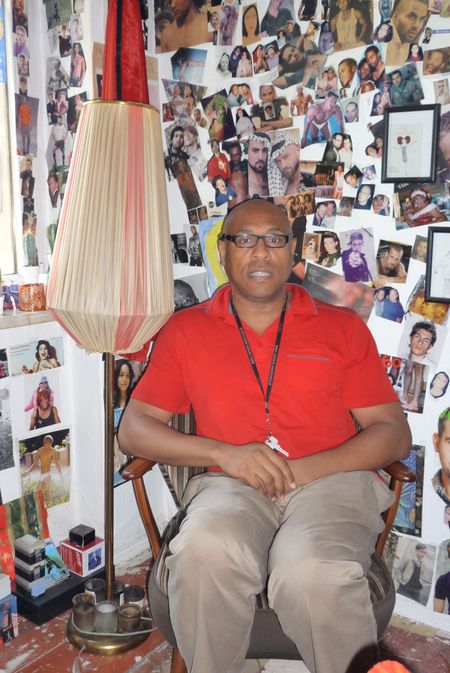 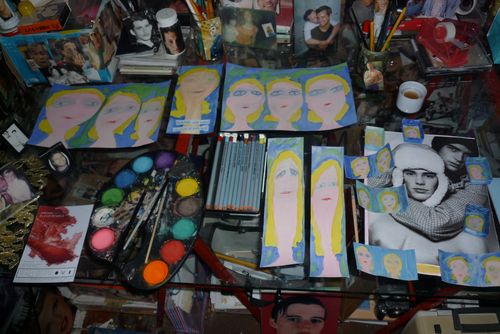 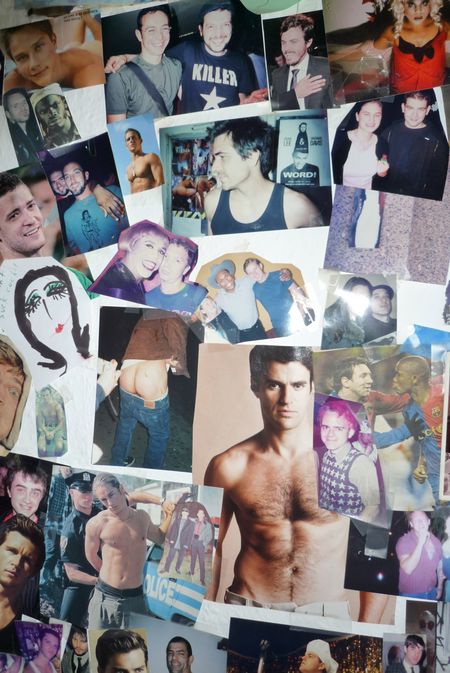 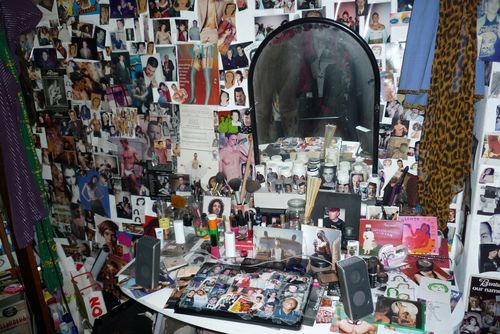 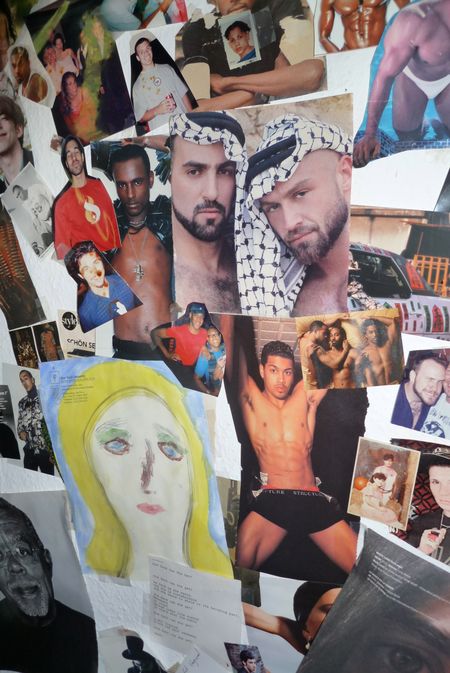 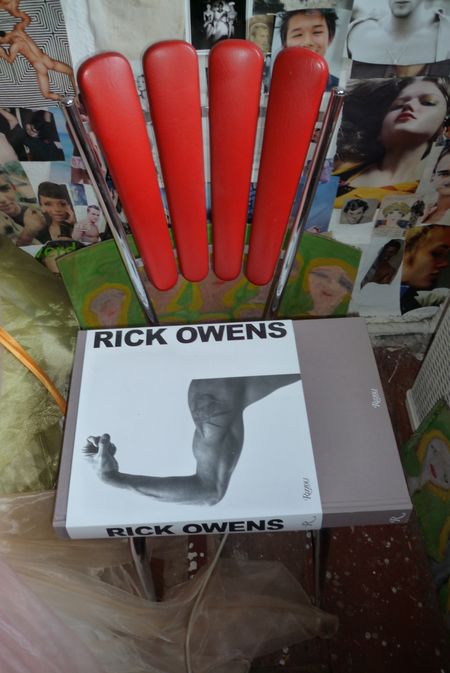 Oh, I really enjoyed reading Vag’s essay about the Spotlight hustler bar in LA that’s in the massive Rizzoli Rick Owens tome. What a gorgeous book. I also loved the little essays by Rick, especially the one where he describes his early days in LA, driving around in a convertible listening to Sisters of Mercy, Marlene Dietrich and Wagner.

And there’s the photo of Michele Lamy in a speed boat zipping around from Venice to the various nearby islands, her black veil blowing in the Adriatic breeze. Three years ago I had lunch with Michele and Diane in Paris, and Michele was describing her summer life in Venice. I had this glamorous image in my mind while she was telling the story and funny enough, it exactly matches the photo in this book, which I had not seen until two days ago. 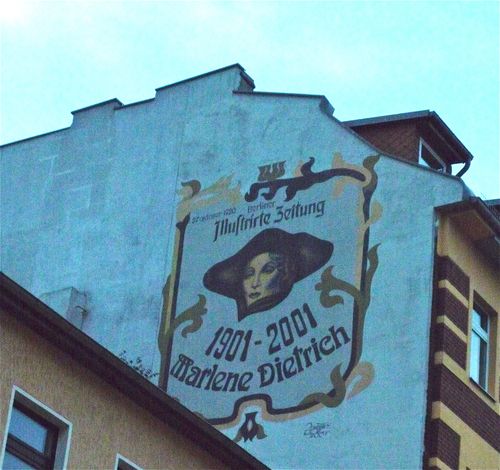 For me, a visit to the street where Marlene Dietrich lived in her early years was imperative. The plaque outside her building. 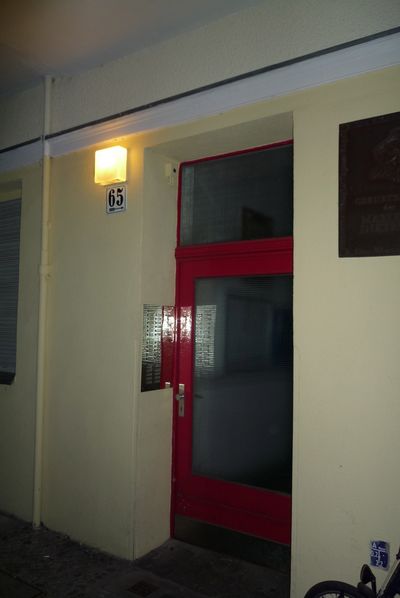 The rather non-descript entrance but perhaps the door was more ornate back in the day. 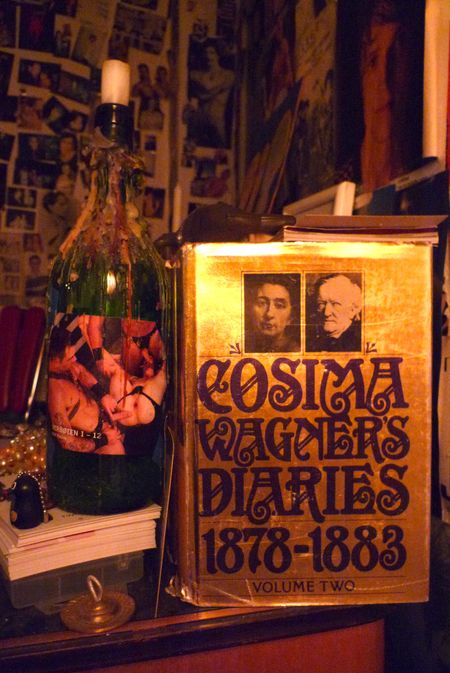 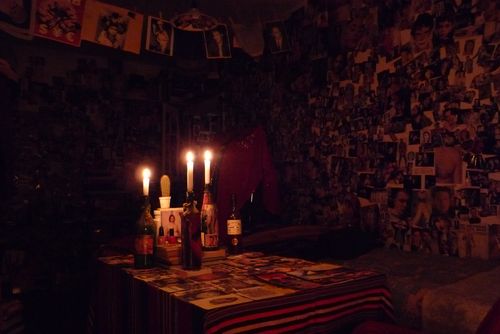 ..we enjoyed a Hyacinth Bucket candle-lit supper. Vag whipped up a delicous vegetarian meal of bulgur, mushrooms, onions and pan-seared endive. Vag no longer drinks but there was Sicilian rose aplenty nonetheless. 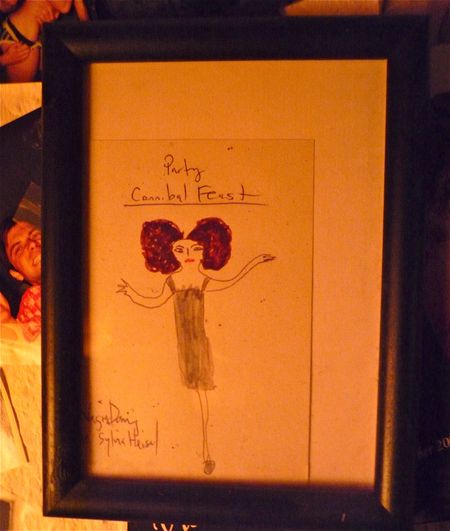 I was very amused to see this drawing by Vag, entitled “Party Cannibal Feast.” It depicts her wearing my silver lurex Sylvia Heisel dress that I handed down to Vag when I denounced and renounced drag back in the late ’90s. Even though I was and continue to be quite svelte, Vag was able to squeeze herself into the stretchy knit and the dress still looked like a million bucks.