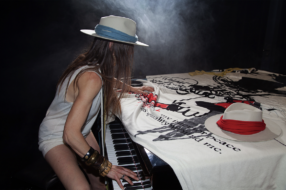 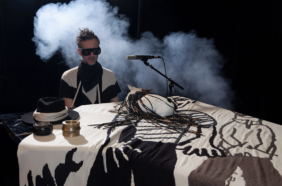 I met the designer, Terry-Ann, at Rick Owens and immediately went to see her in her showroom. I made a youtube video of her showing the collection to the first store that ever purchased her collection, Max, and remains her loyal client ever since.

SHANE MACGOWAN x FRENCKENBERGER
https://www.instagram.com/victoriamaryclarke/
https://www.instagram.com/shanemacgowanofficial/
FRENCKENBERGER knitted some drawings of Shane inside of their cashmere.
SHANE (  THE POGUES / THE CLASH)
Rebel, punk, poet. Front man of the legendary band The Pogues. Gifted songwriter and exorbitant self-destructor. The insane troublemaker with Irish roots who moved to London to stir up the punk movement that was just emerging there with Irish folk in the underground clubs and pubs.
Later,
Diane