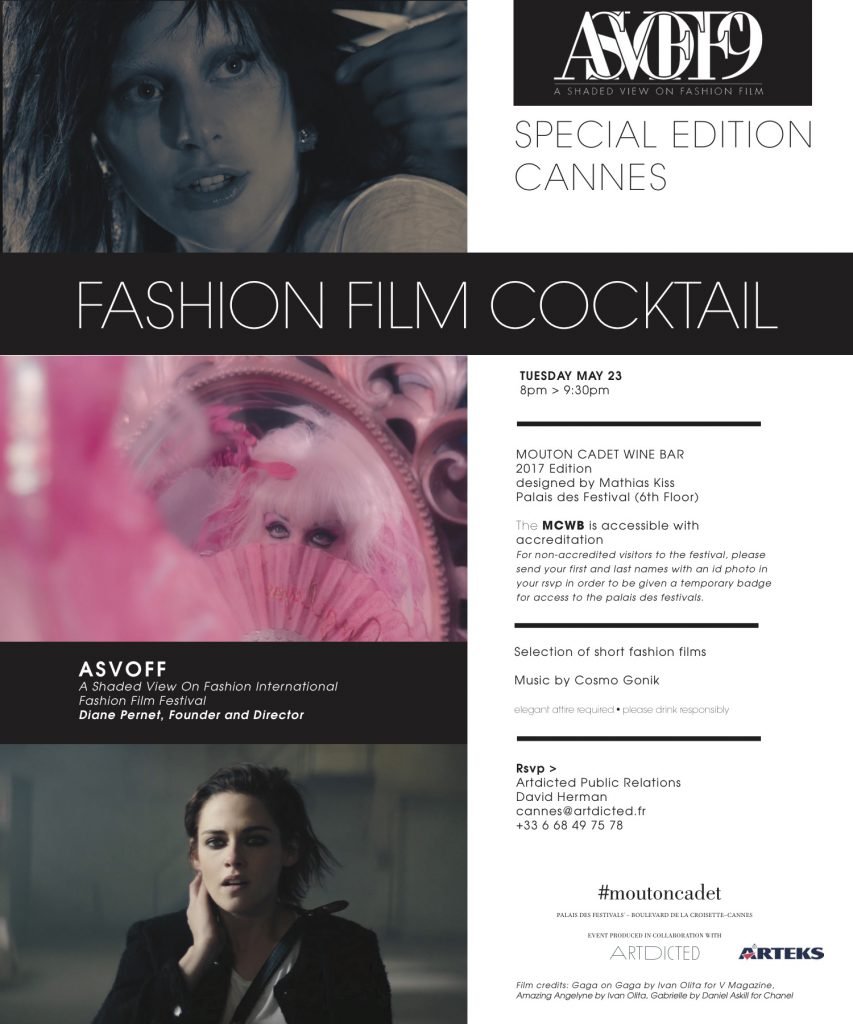 ASVOFF Special Edition Cannes is having a cocktail Tuesday between 8 – 9h30 at the Mouton Cadet Wine Bar on the 6th floor of the Palais des Festivals, Boulevard de la Croisette. The Special edition Cannes is a preview for the launch  of ASVOFF 9 which will be held at Nu Boyana Film Studios, Sofia, Bulgaria June 9, 10 & 11th.

RSVP Must be sent BEFORE 12 pm Monday the 22nd.  You will need to send your first and last names with an ID photo in your rsvp for the temporary badge to access the Palais des Festivals.

The event is produced in collaboration with ARTDICTED . It is sponsored by ARTEKS and hosted by Mouton Cadet Wine Bar.