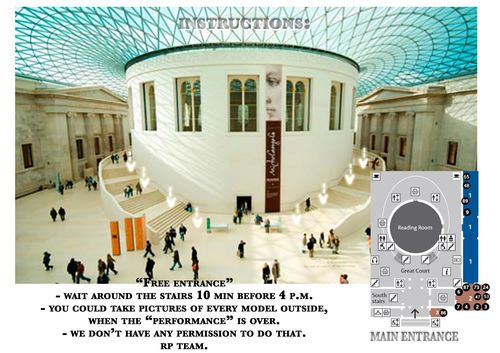 London, September the 13th. London Fashion Week. Who needs a catwalk if you have The British Museum? Designer Roberto Piqueras made his own "Guerrilla" fashion show during the fashion week inside one of the most important museums in UK, without permission. The show was announced by facebook, and email, with some easy instructions. " IMPORTANT: Don't ask museum staff about the show!!! WE DON'T HAVE PERMISSION TO DO THAT!! " At 4:00pm the show was starting, and the security guard was asking to Roberto what was happening… Roberto simply said, my friends and I we are just walking. Meanwhile all the journalists, guests, and visitors where enjoying the show. 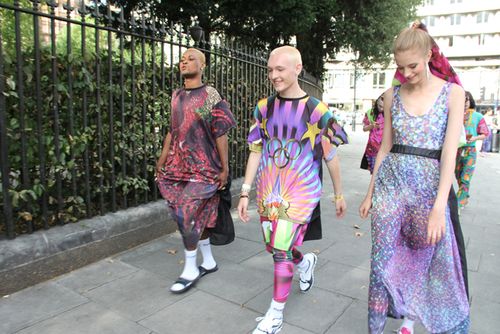 Models on their way to the Brithish Museum. 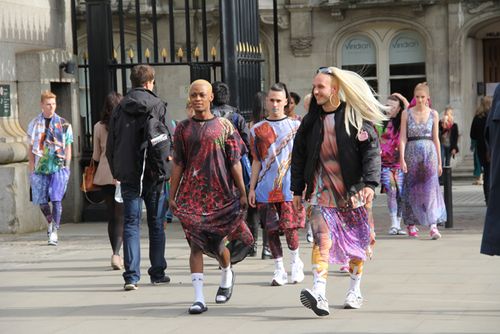 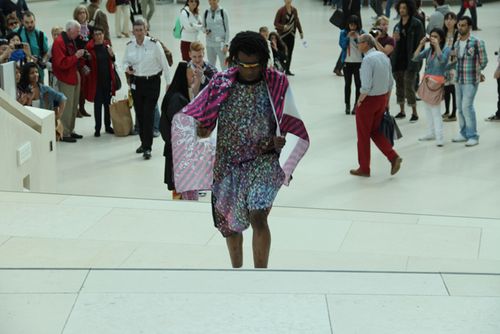 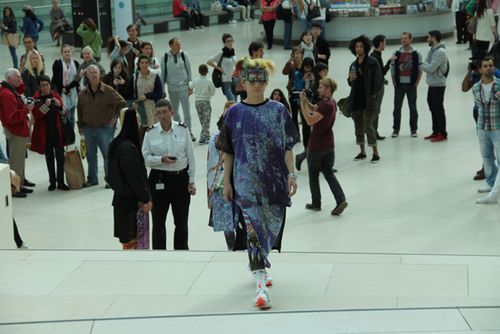 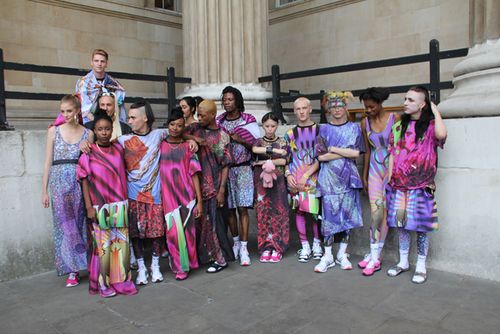 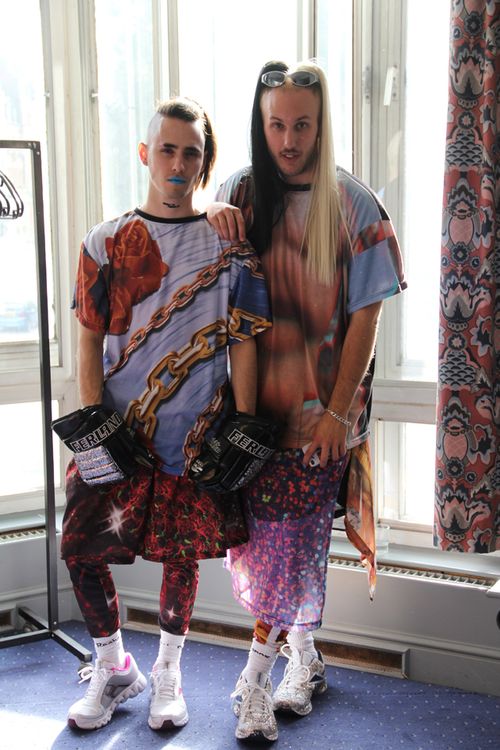 Model Alvaro Royo with Roberto Piqueras after the show.

All the pictures by Coco Capitan