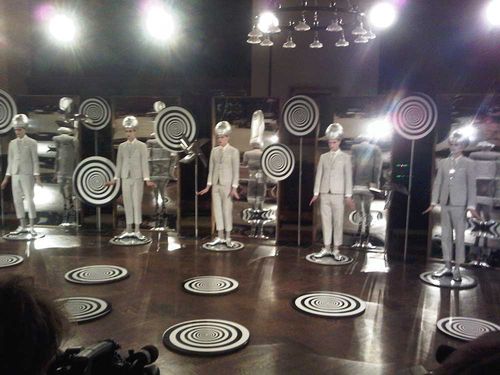 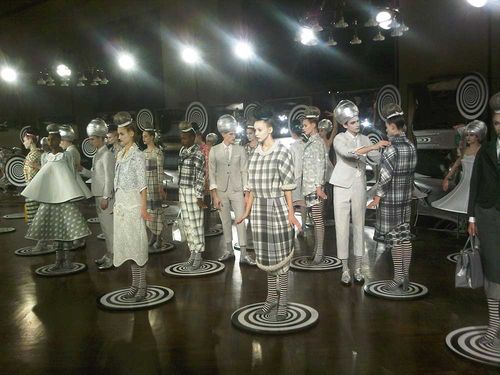 Thom Browne is "the" American showman. after an amazing show in Paris during menswear, Thom did it again for Women's in NYC. 10 male models with silver orbs on their heads stood against the wall , two of them played the xylophone, there were ballet dancers in silver shoes and then the models entered.

The inspiration was the Bauhaus and Oscar Schlemmer.