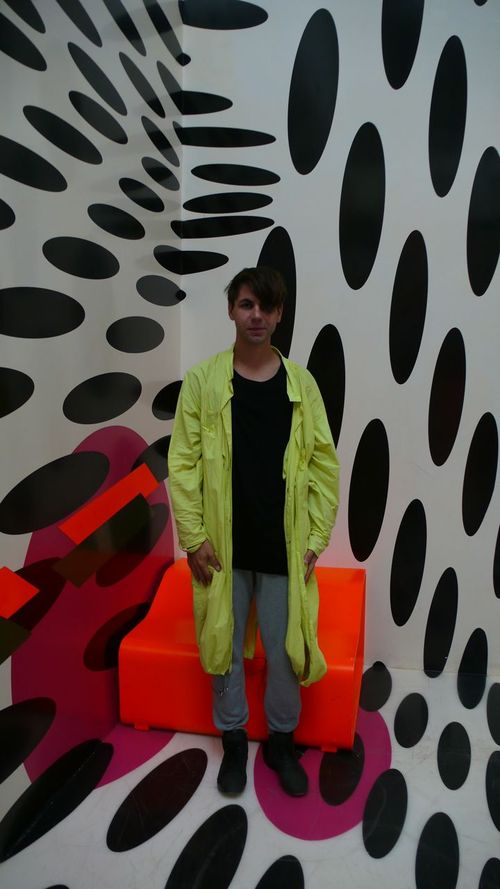 We decided to take a break between visits to various country pavillions and had fun taking pics in the lively cafe installation. 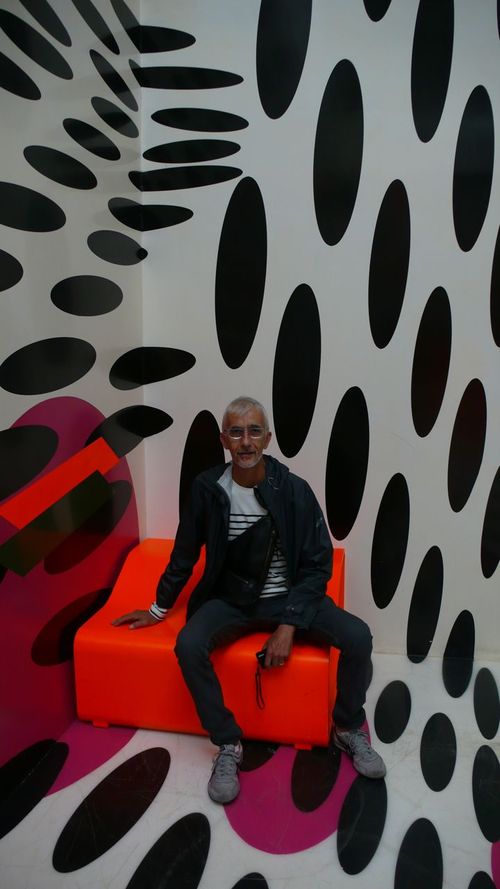 Both David and I were rather disappointed with both the American and the French pavillions. US looked like a school project and for talking about clean air, the place smelled of plastic and the French pavillion was very institutional and not interesting but later I'll show you the highlights: Poland and Austria and Serbia was pretty good too. 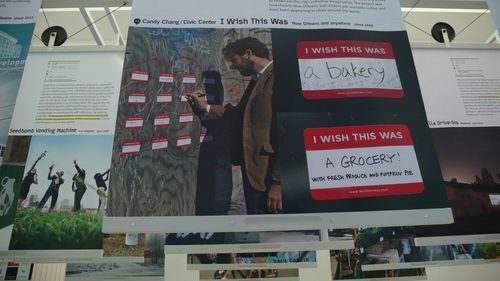 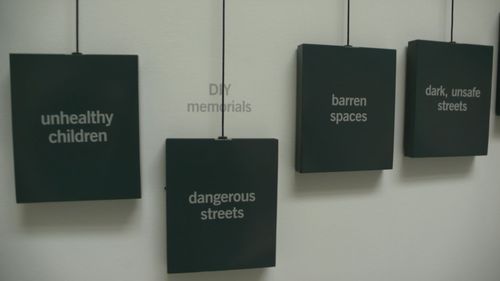 The way it worked for the American Pavillion, you pulled the shades down and the text block rises 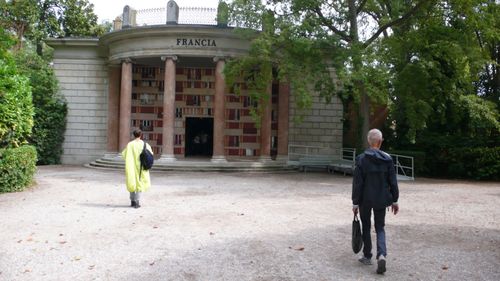 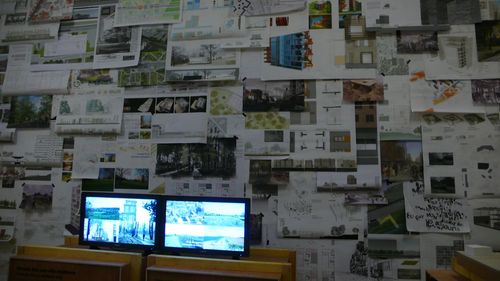 The French Pavillion, there were some talking heads videos