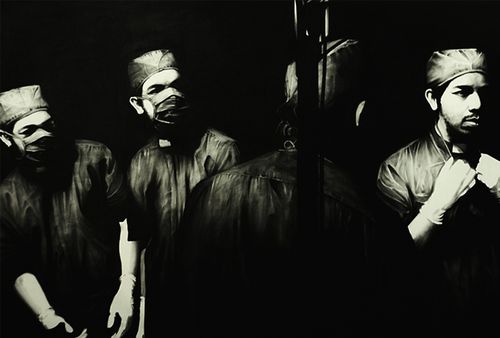 J. Ariadhitya Pramuhendra (b. 1984 in Semarang, Indonesia) is known for his realistic black and white charcoal paintings with realistic portraits and theatrical figurative scenes that evoke Christian Iconography, surreall science and the empowering of self. His works put in question the spiritual validity of authorative organizational structures such as organized religion  and the medical corps. By working on self-portraits, Pramuhendra he harkens back to the long tradition of portraiture and puts himself in a position of authority, and with the power of the robe, appropriates to himself its strengths and weaknesses. 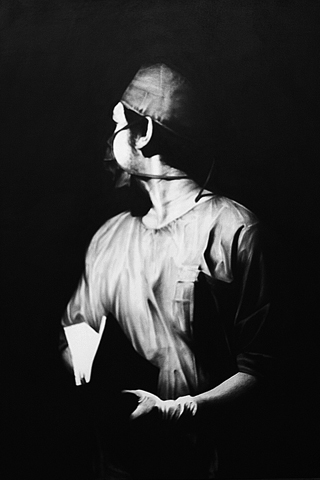 His works are part of those contemporary art practices that explore religion, and religiosity, by pointing at the political organization that is the church, its leaders, its power struggles, and its acceptance or non-acceptance of others. As opposed to a contemporary political or social critique where the artists are both outsiders and heir of the religious culture they dispute, Pramuhendra