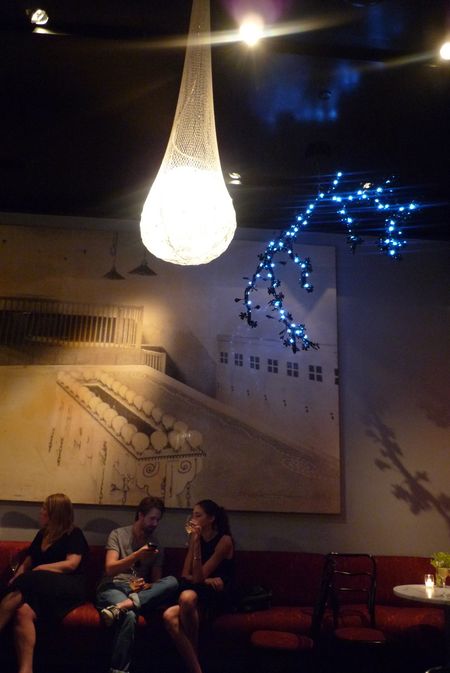 Above: A witty interpretation of a classic chandelier, Light Sock was designed by Diller Scofidio + Renfro. I loved the larva-cocoon look of it.

Last night we attended the opening of Cafe Kristall at Swarovski Crystallized in Soho, which is helmed by Michelin-starred chef Kurt Gutenbrunner. (He also owns my favorite Austrian restaurant in New York, Blaue Gans). The Austrian canapes at the party got me in the mood for my upcoming return to Vienna in September and I definitely want to come back and try the white-asparagus soup and weiner schnitzel. Kurt’s first cookbook, “Neue Cuisine: The Elegant Tastes of Vienna”, was just published by Rizzoli and can be purchased at Cafe Kristall. 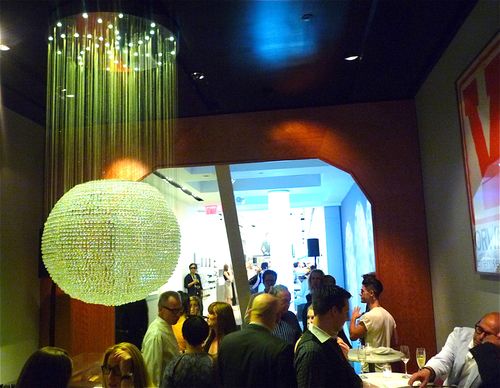 The space was designed by New York-based Swiss architect Christian Wassmann to be modern and Austrian, urbane and comfortable. The arch in this photo is made from faceted cherry wood and it’s a nice juxtaposition to the show-stopping Swarovski Crystal Palace chandelier. (There’s also a small chandelier designed by Tom Dixon called Ball that hangs by the Mercer Street entrance.) 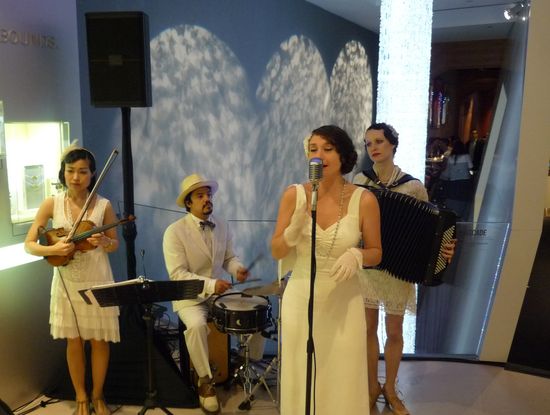 Jazz band Carte Blanche provided the soiree’s music and they were delightful. So much nicer than just another snotty hipster DJ! We needed Marlene Dietrich to croon “The Boys in the Backroom” for this moment: Patrick McDonald, moi and fellow Shaded View contributor Sr. Marcelo Horacio Maquieira who is in town for work visiting from Amsterdam. 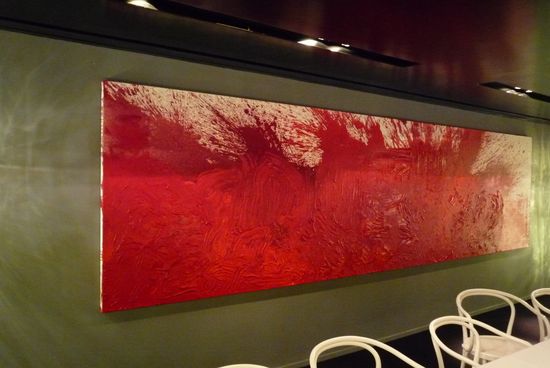 To get you in the mood for a rare steak, the downstairs dining room boasts this vivid splatter painting by famed Austrian painter Hermann Nitsch, on loan from Mike Weiss Gallery. The chairs are by Thonet from Adolf Loos’ design for his legendary Cafe Museum in Vienna (which I visited on my first trip to Vienna, back in 2002). 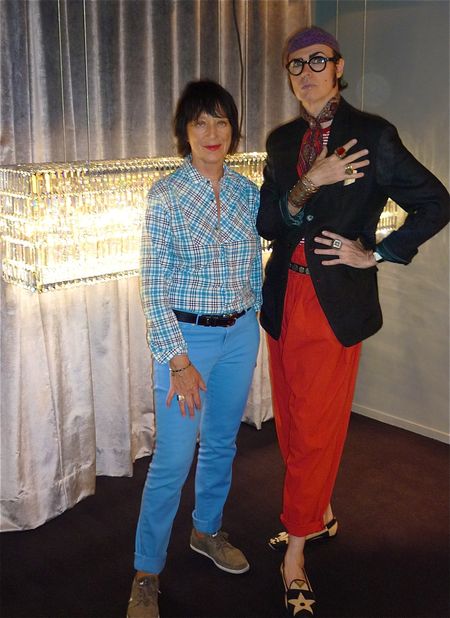 Singer Carole Pope and Patrick McDonald pose in front of a Glitter Box designed by Georg Baldele. The silver curtains are from Backhausen, the traditional Austrian fabric house. 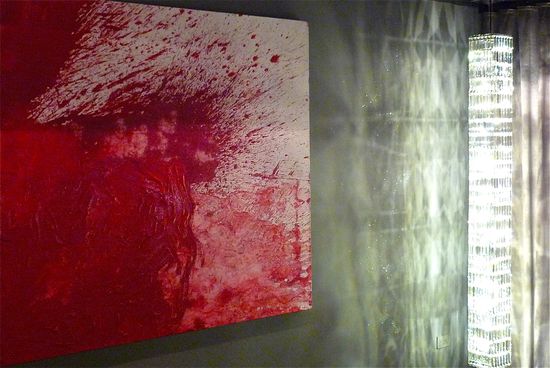 Detail of the Hermann Nitsch painting. 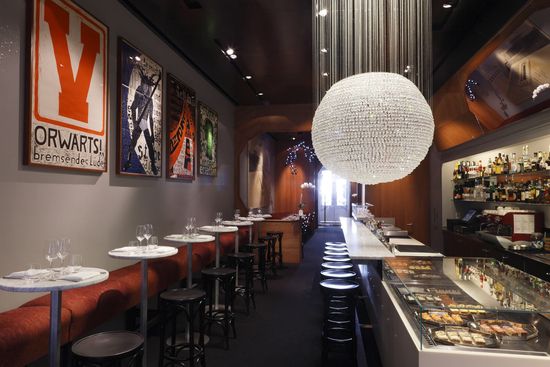 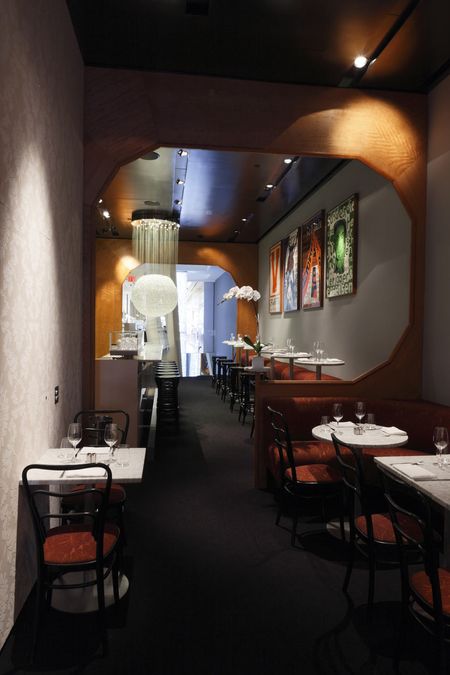 Above: Two photos of the space taken by Adrian Wilson 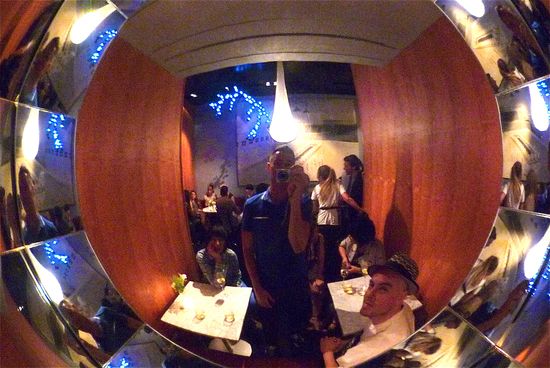 Carole, me and Marcelo reflected in one of the cafe’s wall ornaments.