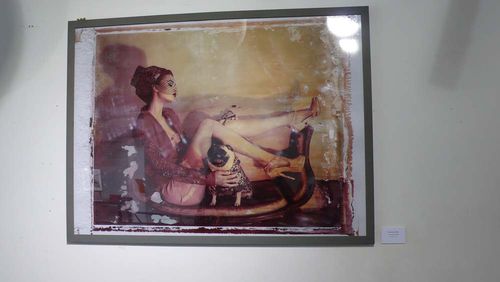 Cathleen Naundorf's large view camera and Polaroid films create a rich photographic work: they come with rich colors, rich effects and most of all rich clothes. It is Haute Couture in a timeless setting, as the notion of it gets lost in the precision of the pieces by Dior, Chanel, Jean Paul Gaultier, Christian Lacroix, and of the Polaroid modifications. Do not ask how long it took the designer to make the dress, or the artist to make the picture, as the count is lost. Among the plaster casts of the Louvre, under the glass roof of an emptied Grand Palais or in front of a wall from which rose petals and leaves emerge, this testimony to Haute Couture will not age. 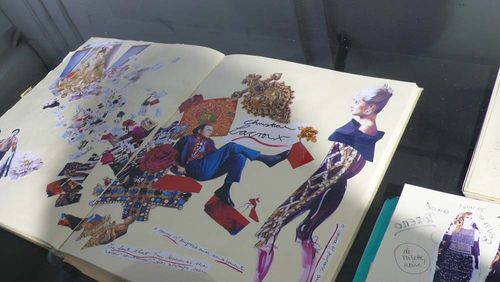 One picture, that of a mysterious young woman in the Louvre disappearing under her wide Dior Haute Couture hat, was being auctioned off by Door Studios to the benefit of The Heart Fund. Meanwhile our shaded crew (Diane, Sayoko, Vincent and me) watched the crowd from a sofa. At some point Diane caught up with her writer friend Prosper Keating, and Silvia arrived wearing a dress that has been passed down in her family for three generations, in the Italian countryside. 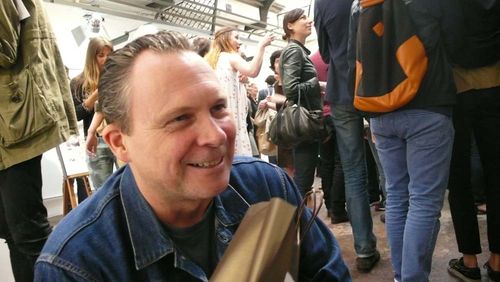 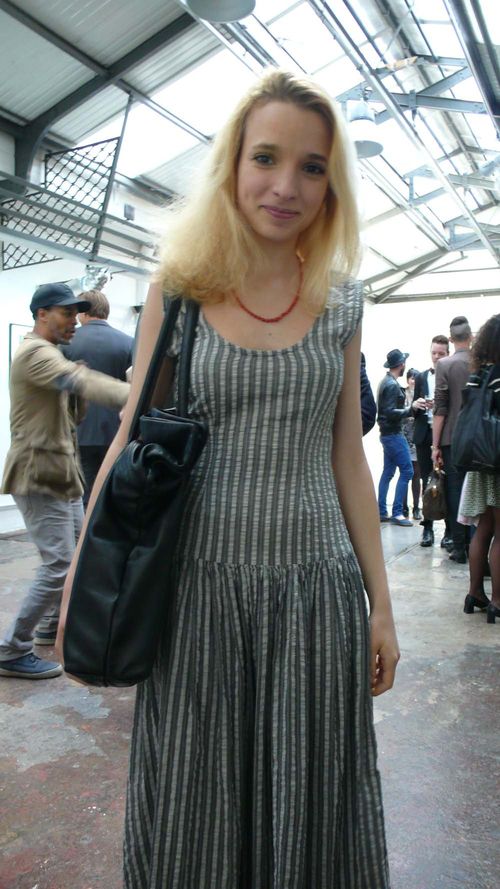