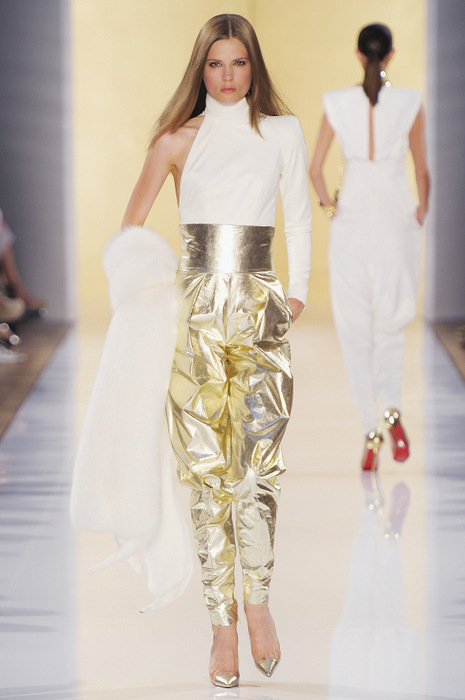 Alexandre Vauthier's sexy glamazons do not seem to fear anyone or anything. This season, his confident creatures went for white, gold and nude tones, giving their sophisticated allure a touch of Arabian chic. The jumpsuits looked stunning and a sense of relaxed opulence defined the whole collection. Think Aladdin Sane meets Bianca Jagger. 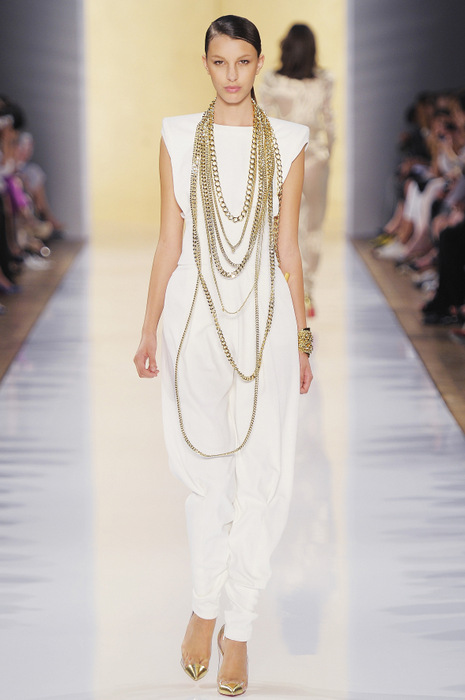 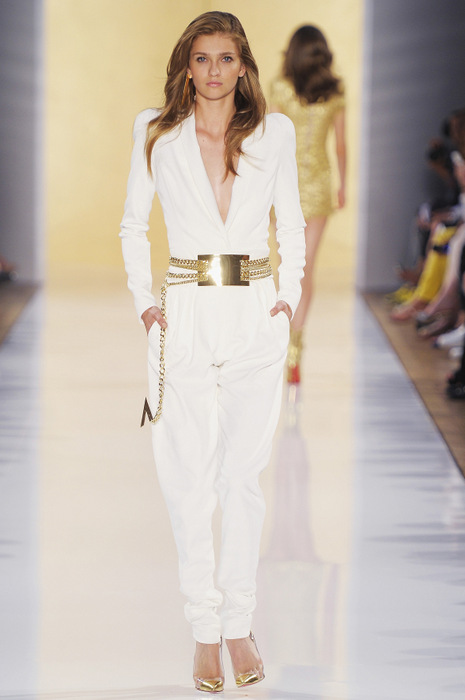 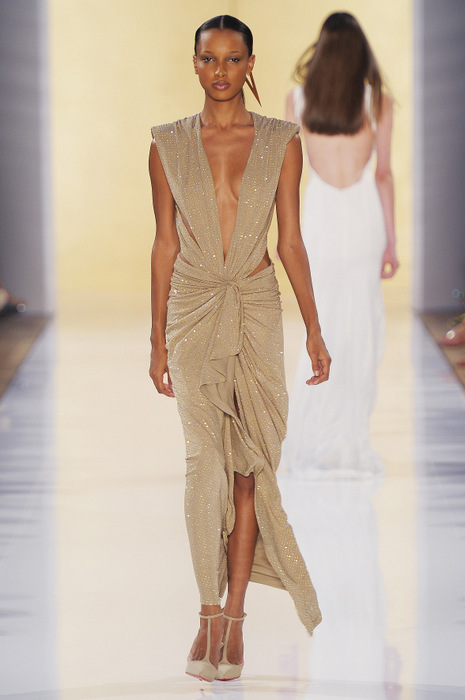