I wanted to send in a few final thoughts on SHOW ANGEWANDTE 12, this being my first time to view the live show in Vienna, I was not certain what to expect. I am however semi-familiar with Wien's design and fashion communities, considering I worked for a celebrated Austrian Creative Director named Alex Wiederin // Buero New York.

It must be said that the influence and inspiration of Bernhard Willhelm and his academic team were immense and the show felt under control, well produced and not your average academic fare.

The show drew an international audience of followers and advisers to emerging fashion, such as Sara Maino my editor at Vogue Italia / .IT and the designer Bruno Pieters (both whom participate on the jury). Together we viewed five diploma graduates – the equivalent of an MA degree and four years of undergraduate works. 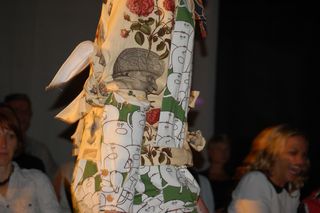 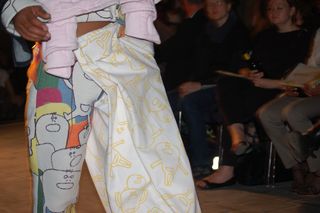 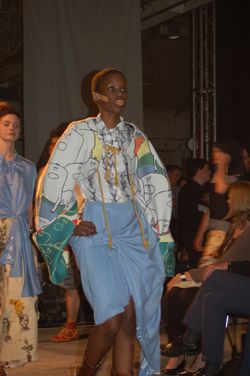 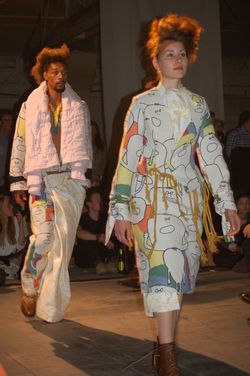 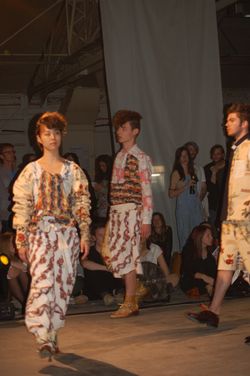 I found the prints in Nonogaki's work superior, seemingly a chance-taker the designer married fun character-based illustrations with soft colors and traditional foldings as well as rolling and draping. A high-ranking talent by my opinion. 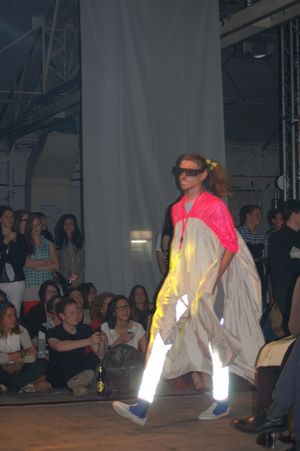 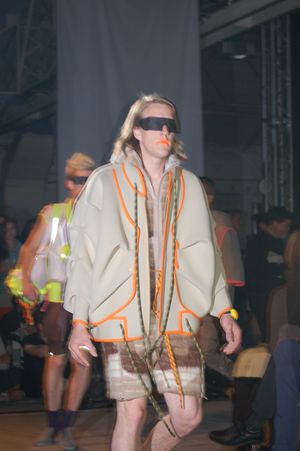 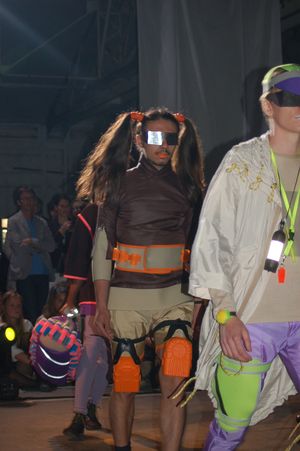 Gruber's work was as if a rave went right; bright colors paired with earth-tones, shining materials paired with textured, chrome wrap-around glasses, parachute draping - keychains, whistles, beads dressed around the neck and even plastic containers at the knee.

A small sampling of the other moments that caught my eye: