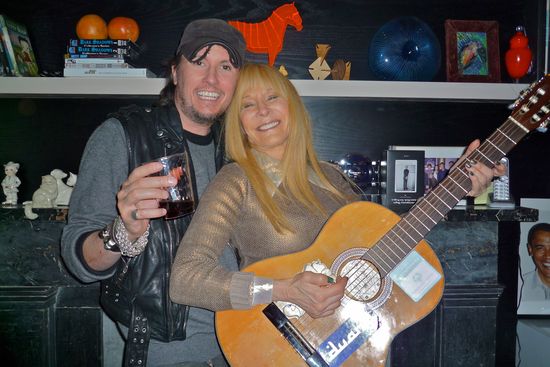 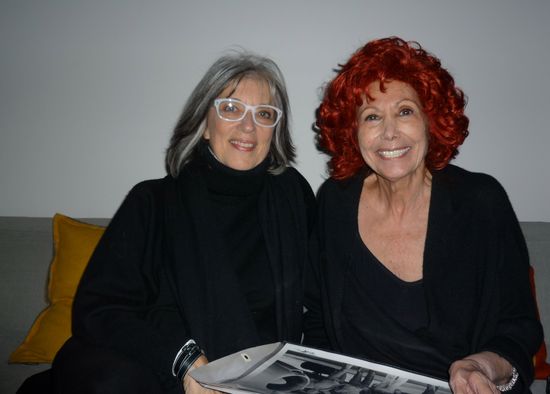 If you’re old enough to remember the ’80s art scene, then you’ll remember Gracie Mansion, who caught up with Annie Flanders. 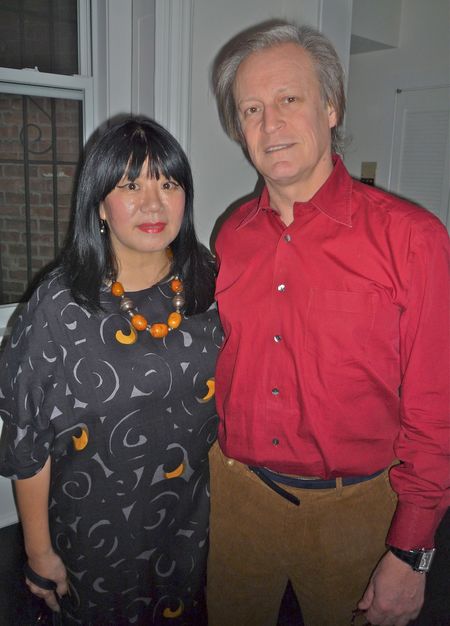 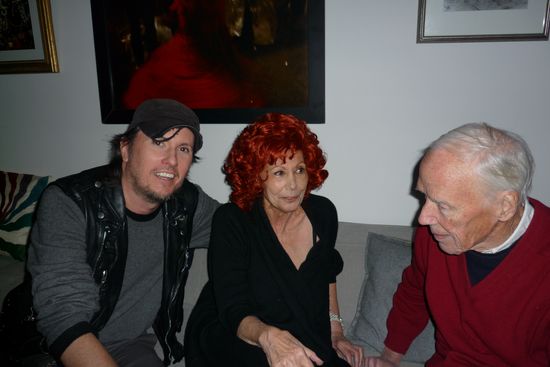 Michael Schmidt, Annie Flanders and Bill Cunningham. I didn’t know that Bill hates getting his photo taken so there was no way he was going to give me a good angle. 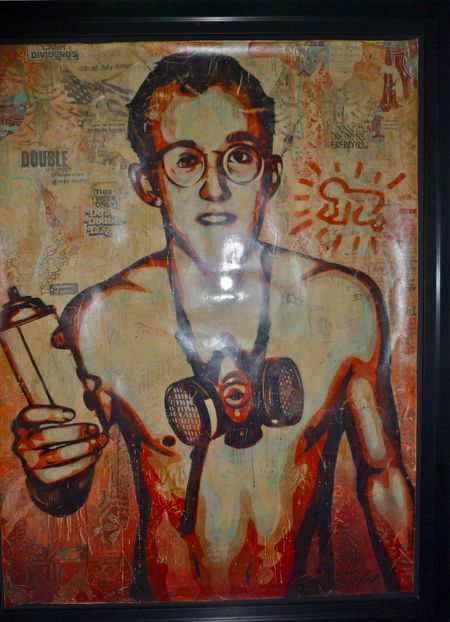 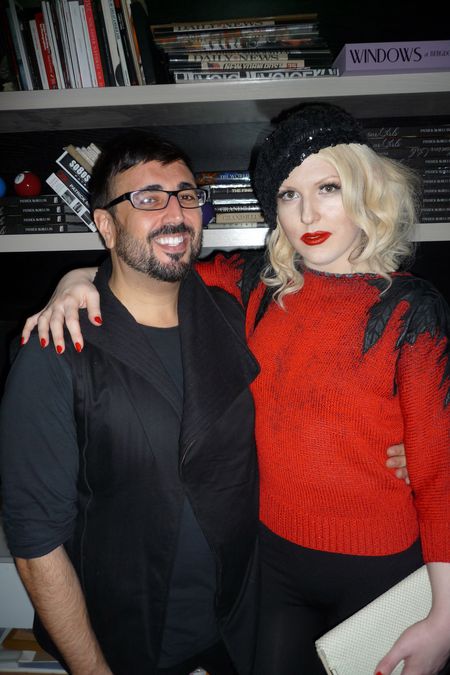 Mauricio “Mao” Padilha and Darian Darling whom I thought was the Ghost of Candy Darling. 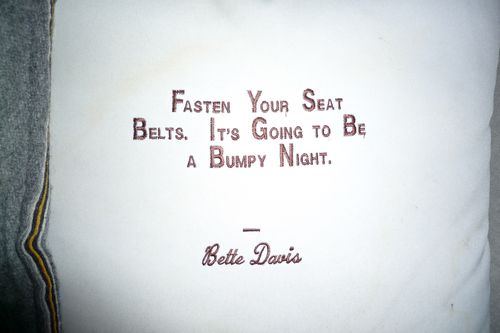 One of Patrick’s throw pillows 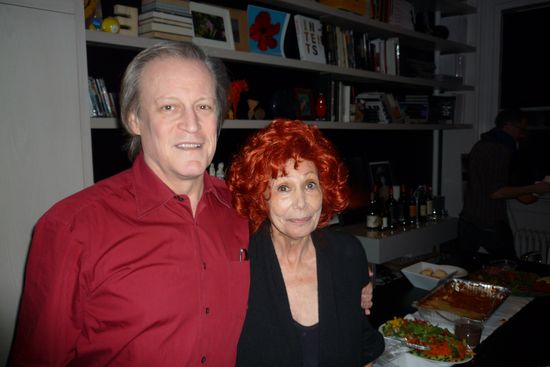 Patrick and Annie. Note the lasagna in the background which was delicious. It’s just not Christmas without lasagna! 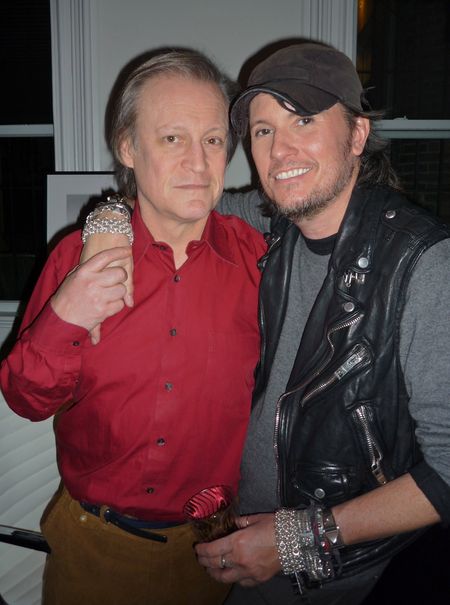 Patrick and Michael Schmidt. Michael recently launched a line of 60 pieces of jewelry, made from Swarovski crystal mesh and other materials, which is sold at Maxfield’s in LA. (Karl Lagerfeld is a big fan of Michael’s designs for Chrome Hearts. You can check out his work here.) 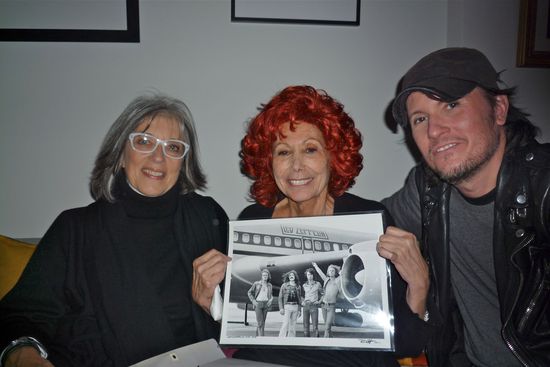 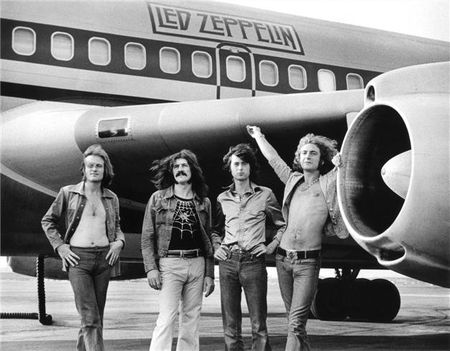 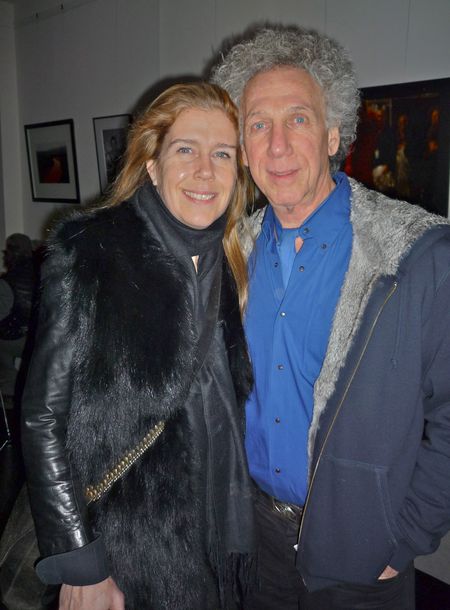 Elizabeth Gregory-Gruen and husband Bob Gruen. Bob has a new book of photos out called “Rock Seen” with a foreward by Debbie Harry. Elizabeth is a designer for Michael Kors but she’s also an artist and you can check out her work here.

I was telling Bob how I recently saw his film on the New York Dolls (shot in 1972) being projected on a wall on 2nd Street and Avenue A. Here’s a clip where the Dolls talk about playing a gig at a gay bathhouse that was decorated like “Marlboro Country.”: 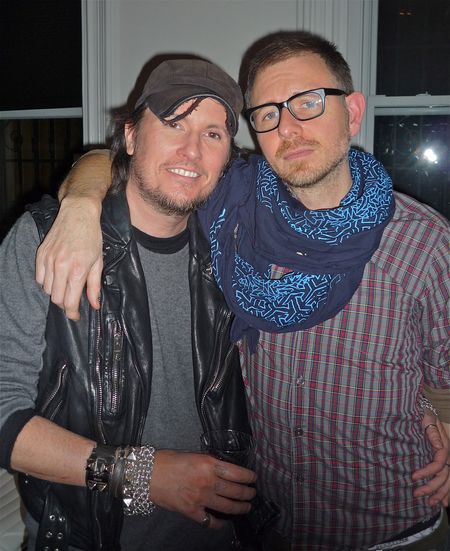 Michael & Jim Morrison who is premiering his new politically-themed gay TV show on the Hear network on January 6. 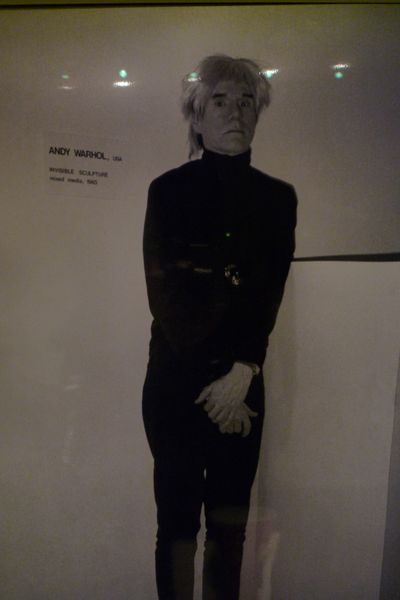 It’s just not a party unless Andy was there. 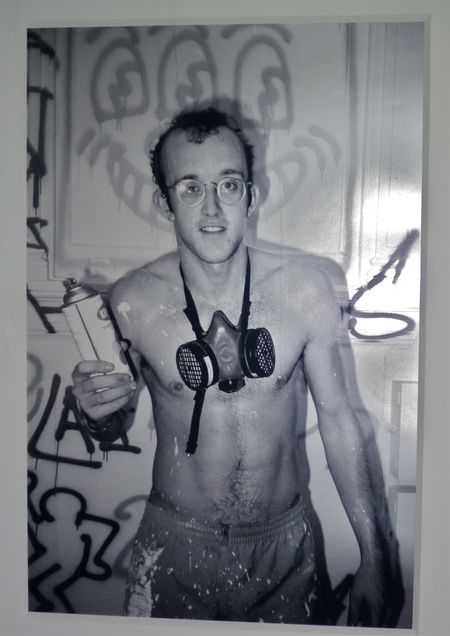 Patrick’s sexy photo of late artist Keith Haring. I have fond memories of the work Keith did for ACT UP and also his bawdy murals in the men’s room at the Gay & Lesbian Community Center. Shortly after his death in 1991, I attended the memorial concert that Grace Jones gave at Palladium where she played for hours and reminisced about her friend. (Of course I was only 10 years old but I had a very cool babysitter.)

Happy Holidays to everyone.