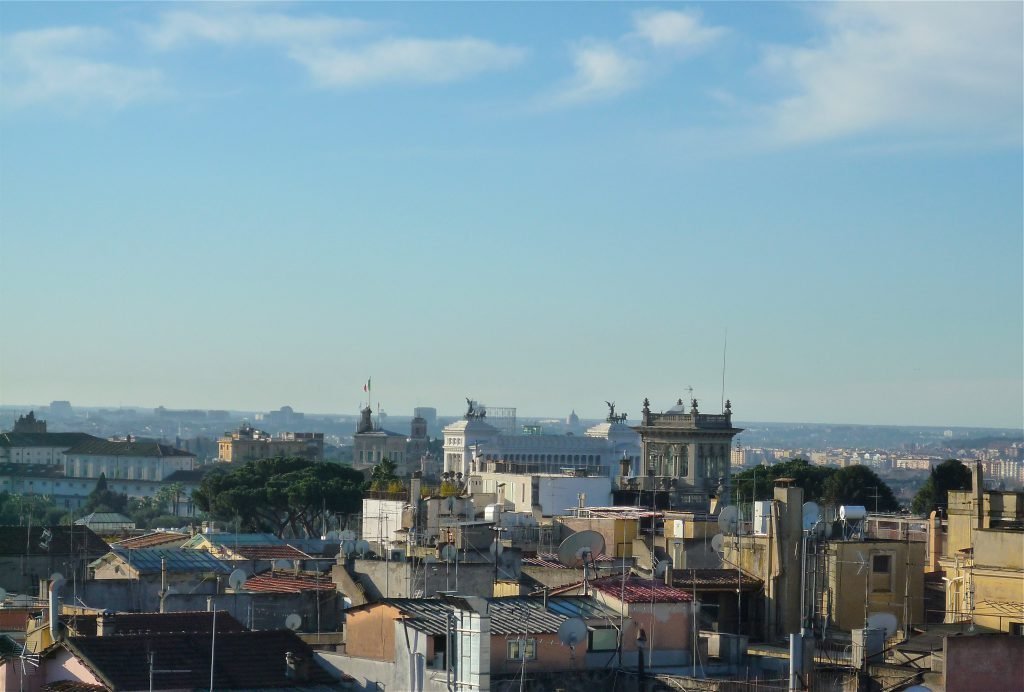 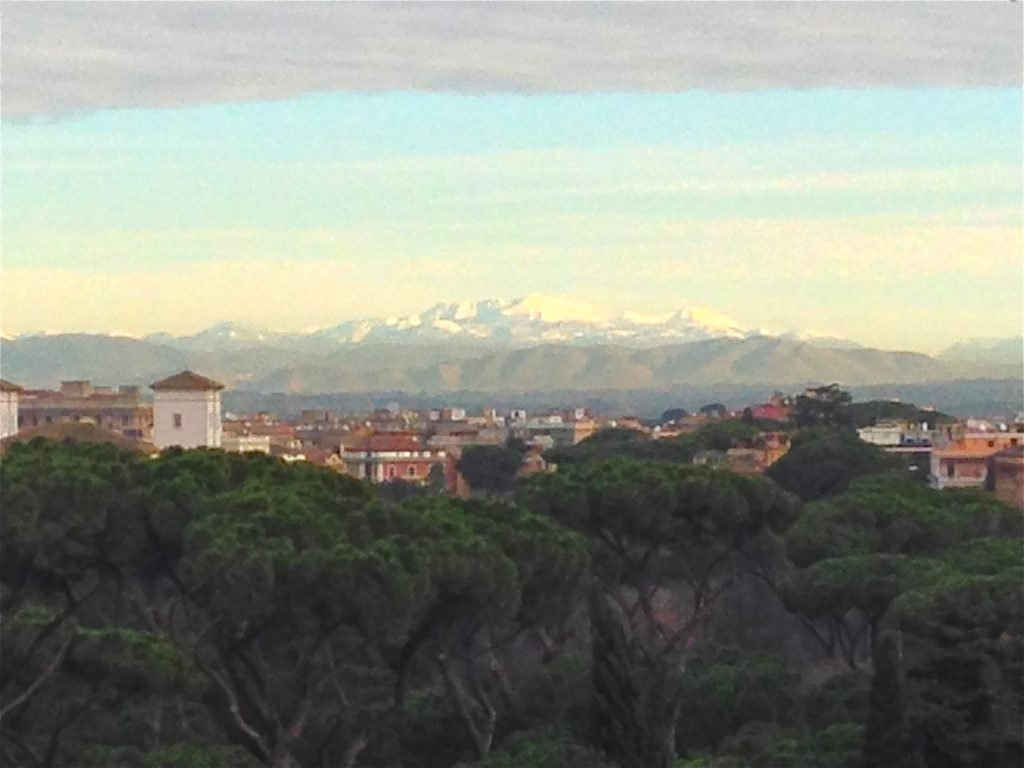 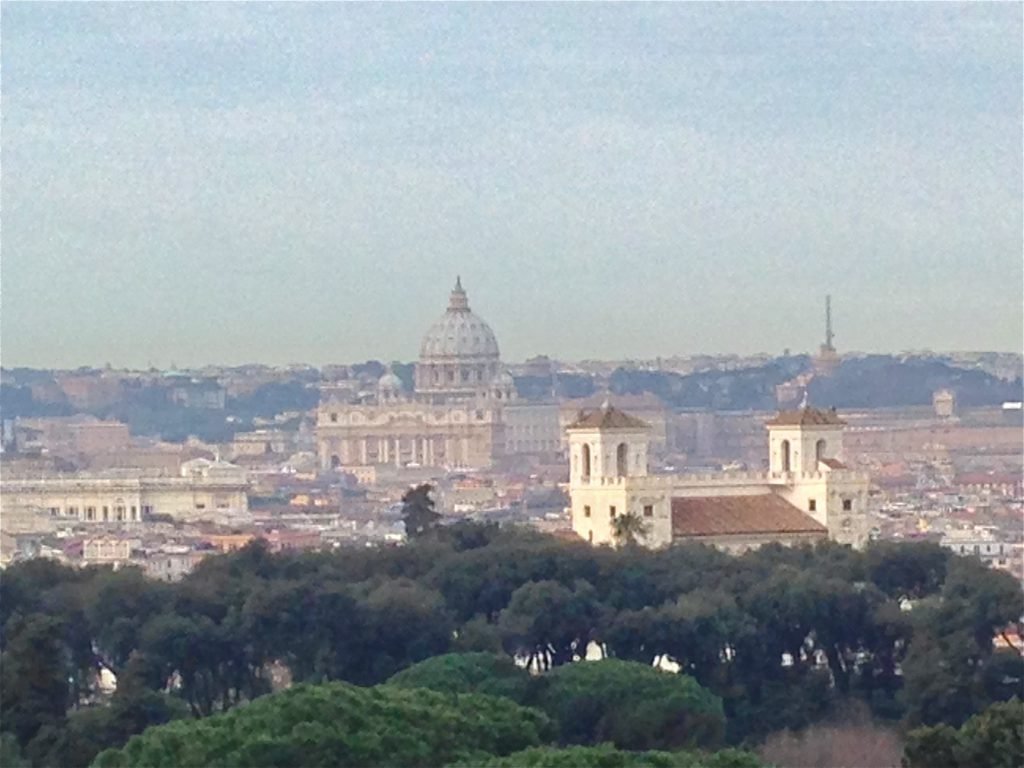 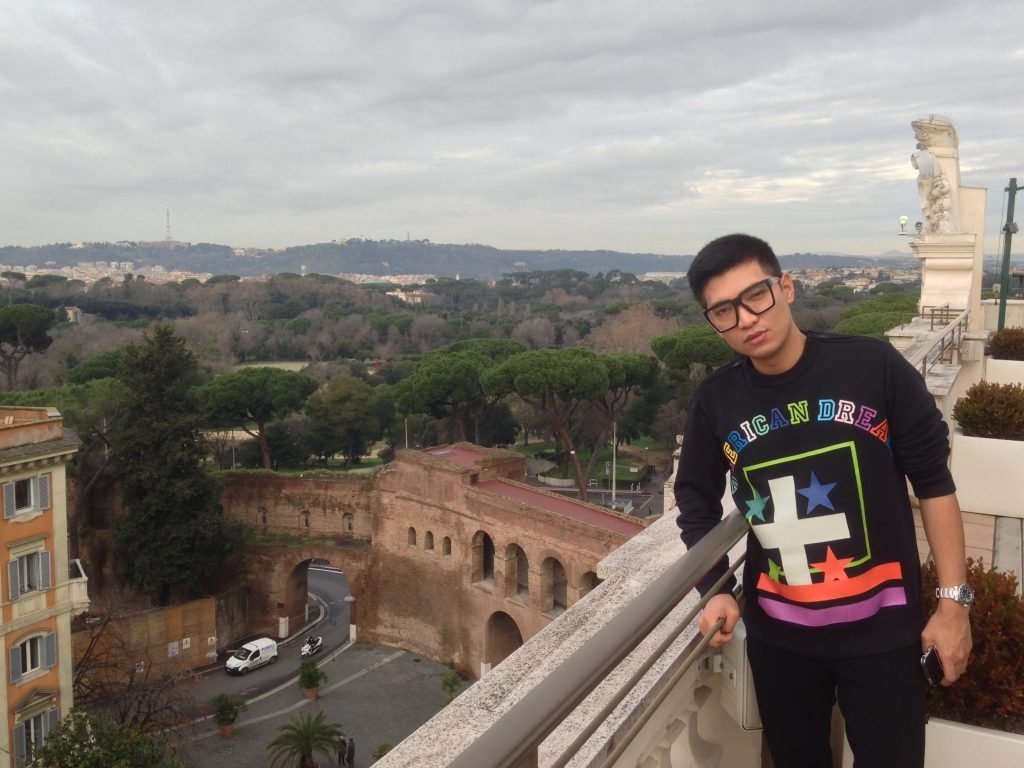 Above: Some of the magnificent views from the rooftop terrace of the Rome Marriott Grand Hotel Flora. On a clear day you can see the Apennine Mountains….and Bryan Boy.

During AltaRoma XXIV in Rome, the visiting journalists all stayed at the marvelous Marriott Grand Hotel Flora on the famed via Veneto. Close to the peaceful Villa Borghese, the location of the Grand Flora is a quiet oasis from the very nearby hustle and bustle of Rome, a mere skip, jump and cartwheel to the Piazza di Spagna (where, unfortunately, you will no longer find the half-naked hippies of Fellini’s ROMA basking languorously in the sun–or Mrs. Stone’s lascivious hustlers, for that matter. What you will find, much to Bryan Boy’s delight, is Prada and other venerable boutiques….should you actually find the modern-day equivalent of Tennessee Williams’ quasi-rough trade and want to buy him a nice suit or, at the very least, some gilded Versace underwear.) 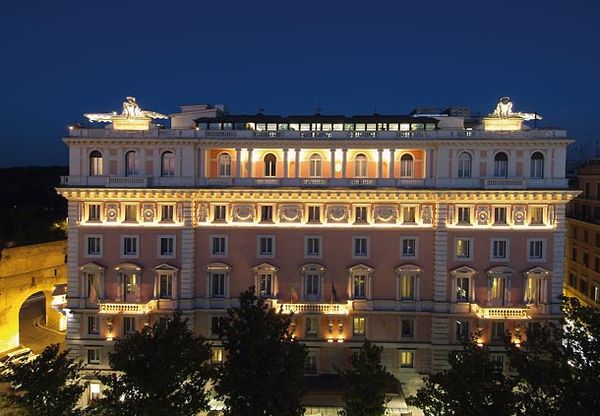 The via Veneto, as I am SURE you are thoroughly schooled on, was the backdrop for the much-ballyhooed La Dolce Vita moment of the mid-’50s to mid-’60s. If you squint, you can see the ghosts of paparazzi being fired at by Anita Ekberg’s bow and arrows. Harry’s Bar, one of the famed watering holes of the era, still sits across the street from the hotel, as if preserved in amber. In point of fact, it was none other than the one-and-only Federico Fellini who used the bar of the Pension Flora as his “office” in the ’50s. Much like how The Fonz used the men’s restroom at Arnold’s diner as his office–only with better cocktails. 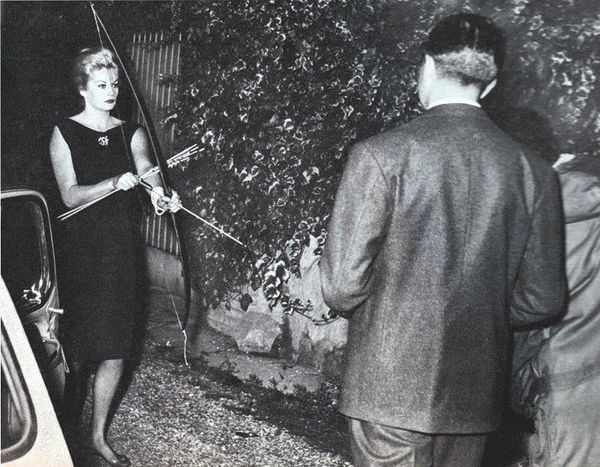 Anita Ekberg during the La Dolce Vita era: Do not fuck with her. 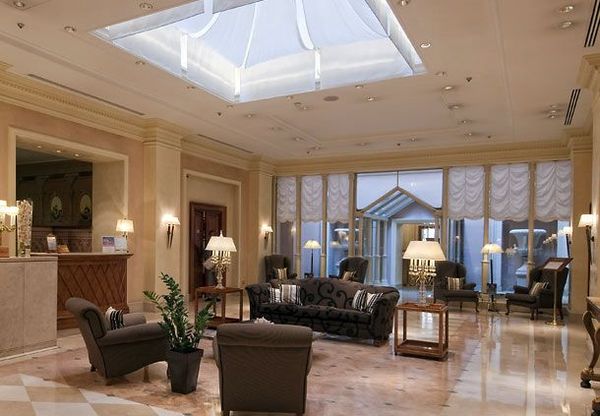 The lobby of the Grand Flora. Back in the day, it was this same lobby that served as a crossroads of culture and social life; where the painters of the Roman school, such as Mafai, Turcato and Vedova rubbed velvet elbows with the likes of Prince Maxmilian of Bavaria, Paul Getty, Cassius Clay and….Joan Crawford.

That’s right, dolls! Joan Crawford used to stay and drink at the Flora. Now you know why this was an ideal place for me to bed down. 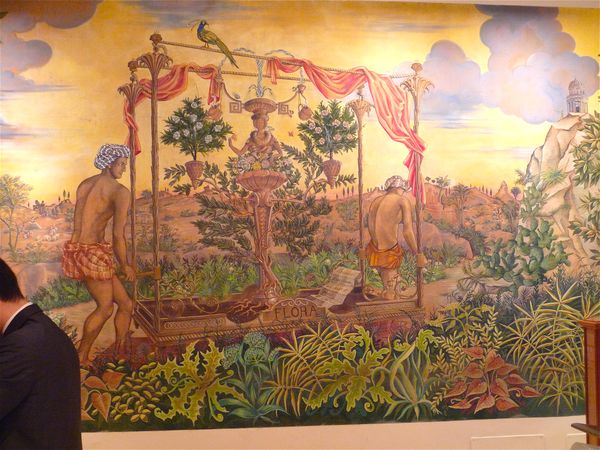 Mural at the hotel’s check-in. 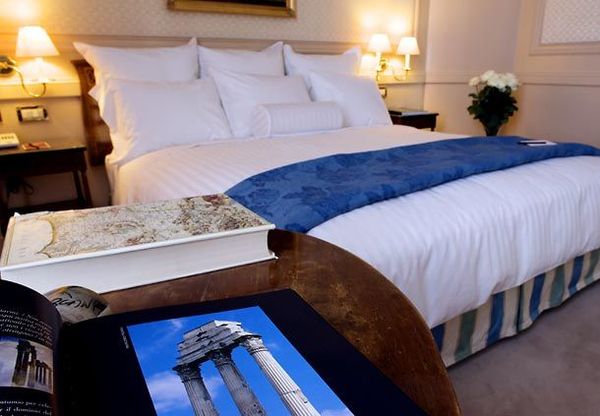 I stayed in a rather spacious room but if you feel like splurging why not spring for one of the suites, pictured here? 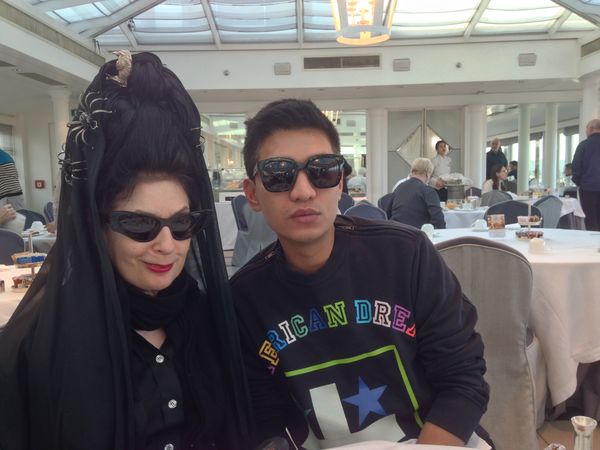 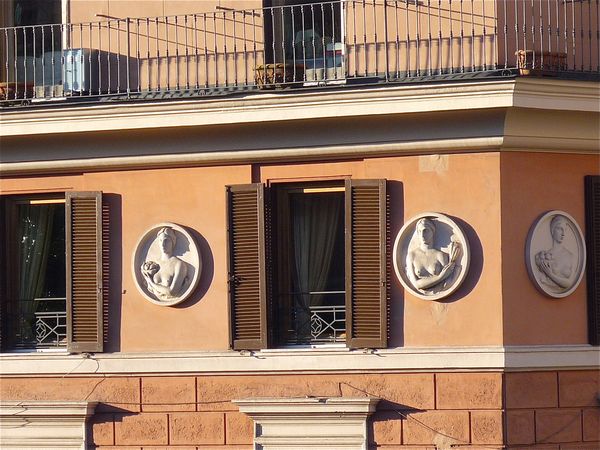 An inspiring, romantic view from my rather spacious room. 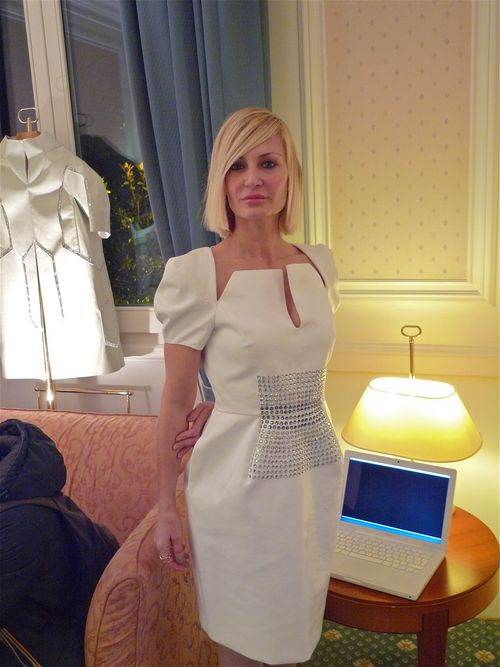 Above: Dress by Alberto Zambelli

The 5th edition of Room Service was staged in some of the rooms and suites at the Marriott Grand Flora. Created and curated by Simonetta Gianfelici, the event is an expression of Italian sartorial and artisanal traditions rendered modern through the work of young designers. 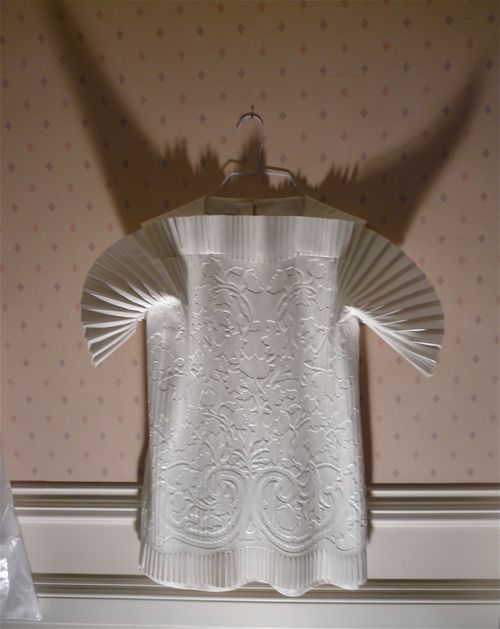 Design by Alberto Zambelli. Winner of the Fashion Incubator award in 2007, Zambelli works between Milan, Tokyo and Shanghai. 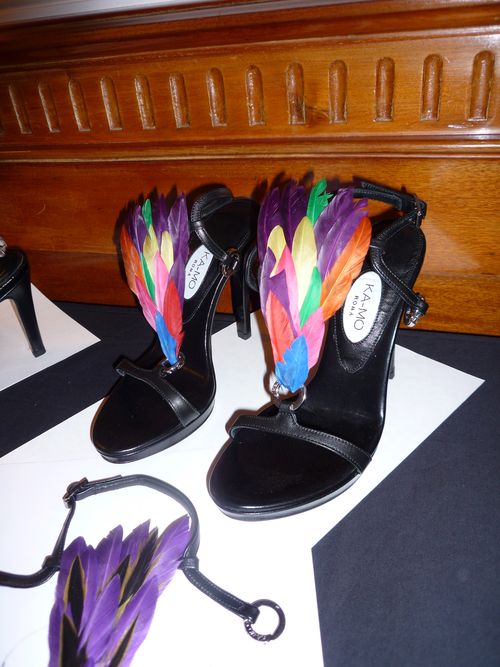 Shoes by KA-MO. Camile Stipa, the brand’s designer, is a former Gestalt psychotherapist. Everything changes in life, always and continuously, before our eyes,” says Stipa. “A woman’s soul makes no exception.” Or sole! 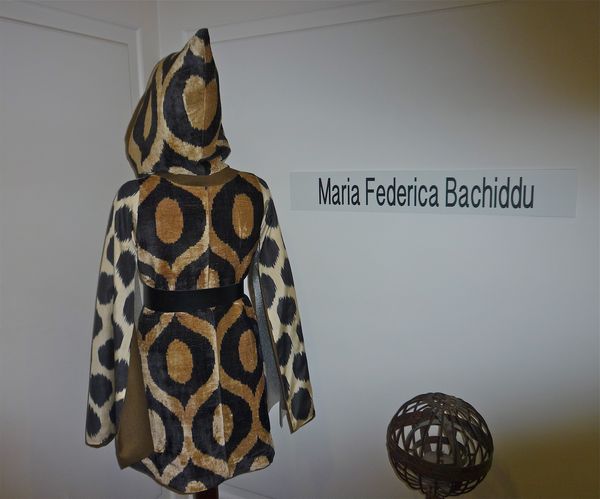 We were all crazy for the capes of Maria Federica Bachiddu. Born in Rome, Bachiddu has worked as an interior designer (she won the prestigious Habitacola Prize in 1991) and now works between Rome and London, redefining the quintessential silhouette of outerwear: the cape.

“The cape has sheltered, concealed and outlined the human figure through history; from ancient Greece to the medieval wayfarer, from Venetian dames to 19th-century dandies, from the Spanish ‘Capa’ to the Napoleonic ‘bournos’, and recently, to the magnificent ample forms of Cristobal Balenciaga.” (If you were lucky, like I was, you caught the outstanding Cristobal Balenciaga exhibit at the Spanish Consulate in NYC a few years ago…) 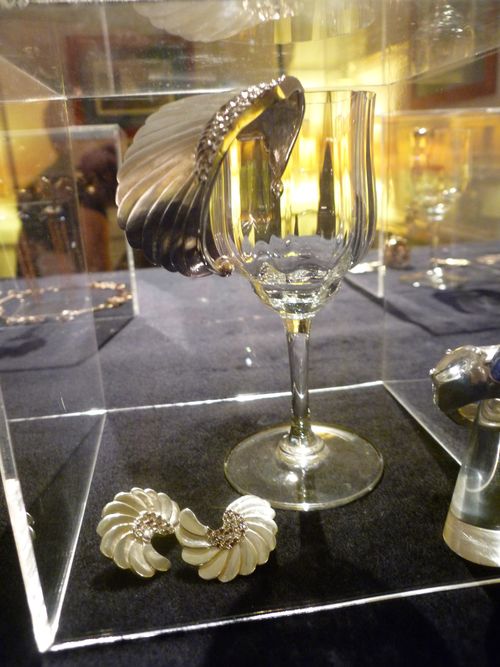 I was mad for the jewelry of Cecilia Capuano. Founded in 2011, the brand’s jewelry combines delicacy with power, precision with audacity. 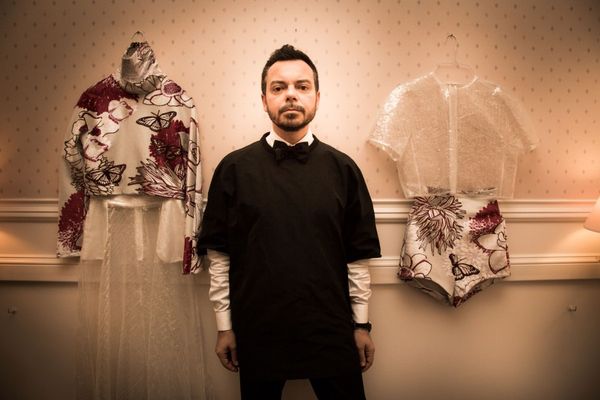 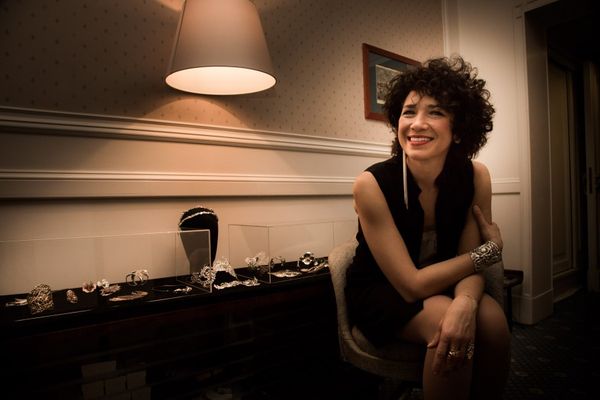 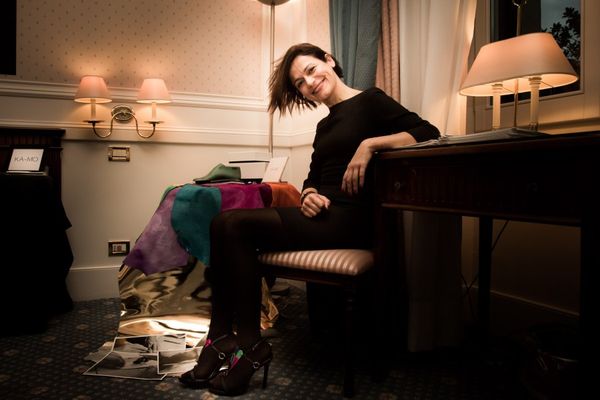 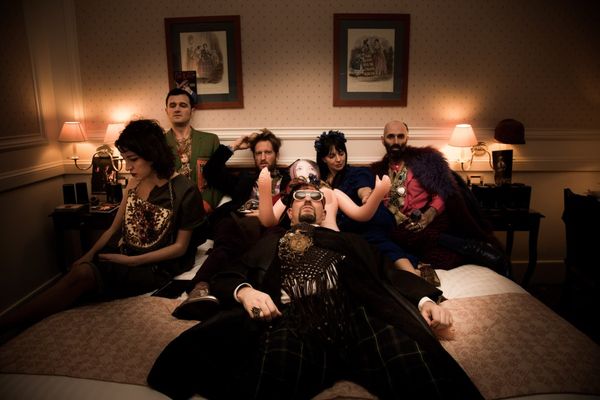