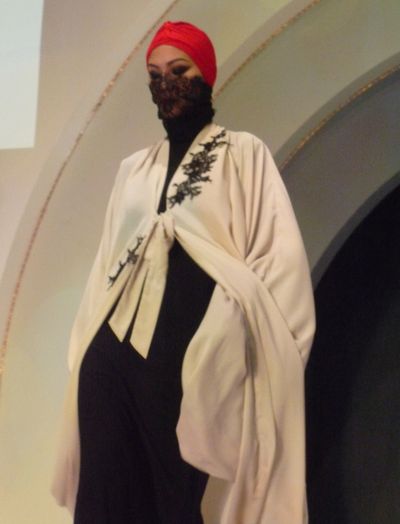 I’m here in Kuala Lumpur (although by the time you read this, I’ll be in Phuket) for Malaysian International Fashion Week, and one of my self-appointed assignments is to report on contemporary Muslim fashion in a country where Islam is the state religion. Of course, Malaysia is more liberal than many Muslim countries, so here women are not required to cover their faces (only their hair–the catwalk look above is meant to reference a broader aspect of Islamic attire).

So I was delighted to find out that the Islamic Fashion Festival, founded in KL in 2006, was being presented at fashion week. The festival, whose slogan is “Discover the Beauty of Modesty”, has a website which provides some intriguing analysis of Islamic fashion: “When she covers herself, she puts herself on a higher level and respect for her intellect, her faith, and personality will take precedence over her beauty.”

Sounds a bit like what American feminists wanted in the ’70s and ’80s, minus the covering-up and faith parts. And then there was the advent of “intellectual fashion” from Japan and elsewhere in the ’80s–the decidely sexless yet beautiful designs of Yohji Yamamoto, Rei Kawakubo and others. But the philosophy of the Islamic Fashion Festival–whose goal is to create a forum for intercultural and interreligious exchange–combines a pre-pro-sex feminist attitude with unwavering religious commitment and political discourse.

“The myth of the conquering sword must be laid to rest; a new iconic narrative must carry the story of Islam. The black hijab itself is emblematically decried as a symbol of oppression instead of being accepted as a cultural and personal expression of modesty….The terrorist’s mask overshadowed the real face of Islam.”

Back in 2001, Spanish designer Miguel Adrover was pilloried by half-baked feminists and misguided Zionists in the New York fashion establishment for both his Egyptian collection (Hal Rubenstein denounced it as “anti-Semitic”) and a subsquent collection inspired by Islamic clothing. The latter had the misfortune of being shown on the day before the 9/11 attacks.

In a surreal moment that I’ll never forget, I had an argument about Miguel’s Islamic-themed collections with Hilary Alexander, who pens fashion for the right-wing rag The Daily Telegraph. We were at the Marc Jacobs party near the foot of the World Trade Center on the eve of the attacks and Hilary was denouncing Miguel’s vision with the usual Western-centric argument about “women’s oppression.”

“When Hussein Chalayan did Islamic fashion he made it modern and sexy by pairing the chador with mini skirts,” she opined. I told her it was unrealistic to think that an ironic gesture shown on a runway in Paris or London would “liberate” Muslim women from their countries’ dress codes. When I pointed out that what Chalayan had done was really postmodern and not “modern” she retorted, “Well, Miguel Adrover’s collection was PRE-MODERN!” and then she turned on her Louboutin heels and stormed away. And there you have it: a prevelant Western attitude. Islam is “pre-modern” and primitive. But fashion will “liberate” us all. (A dubious assertion that “Sex and the City 2” tried to make.)

Immediately after 9/11, people in the U.S. press began referring to Miguel’s beautiful but ill-fated clothing as “the Taliban collection”, demonstrating how very little Americans knew about Islamic culture before 9/11. Miguel essentially became a lightning rod for benighted fashionistas’ fear and anxiety about Islam. I was one of the first journalists to leap to Miguel’s defense.

In an article for DUTCH magazine, I interviewed a bunch of designers about how they were dealing with 9/11 (which happened right in the middle of fashion week). In defense of Islamic clothing, Miguel told me, “There is so much pressure for women to be sexy in America. I think a Baywatch bikini is more oppressive than a galabieh.” I’ve always been struck by how much truth there is in that statement.

Of course, it now must be reiterated that Malaysia is one of the most liberal Muslim countries in regards to women’s human rights. I’m not endorsing the repressive controls imposed on women in Saudi Arabia (or, for that matter, the anti-Semitism that is preached by some of the imams there) and I am still haunted by video footage of women rendered inhuman by burqas and viciously beaten by members of the Taliban in Afghanistan.

Women’s image and identity in Islam differs from country to country. And I do not approve of the meddling by condescending and imperialistic Western feminists and politicians on the issues of women in Islam. Therefore, I am pleased by the discussions launched by the Islamic Fashion Festival in Malaysia and hope they will broaden people’s perceptions in and outside of the Muslim world. 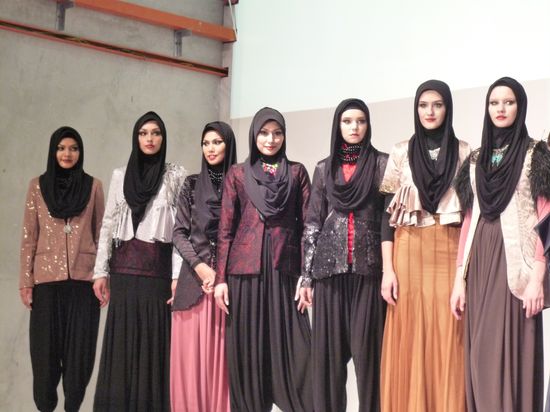 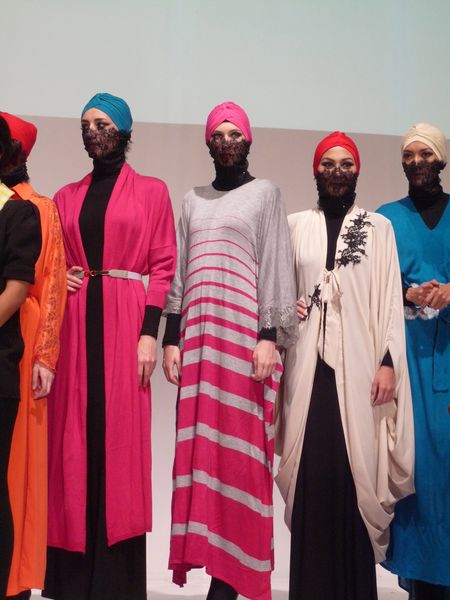 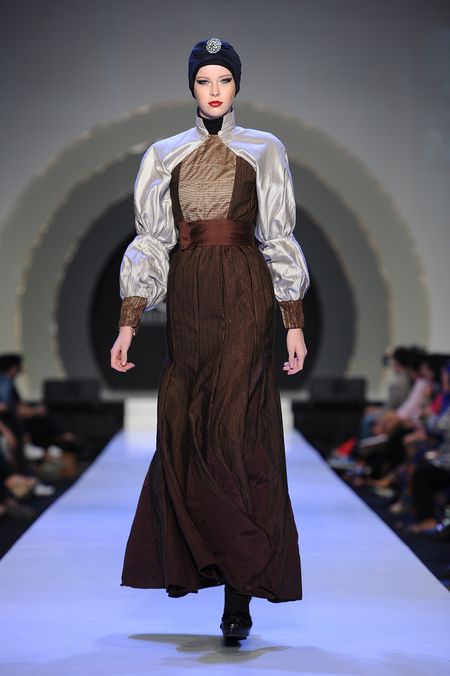 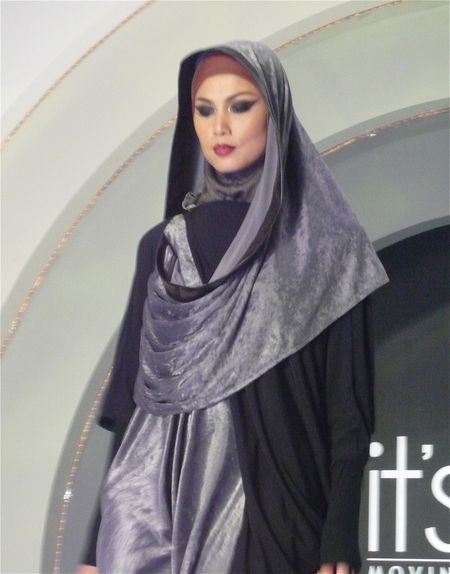 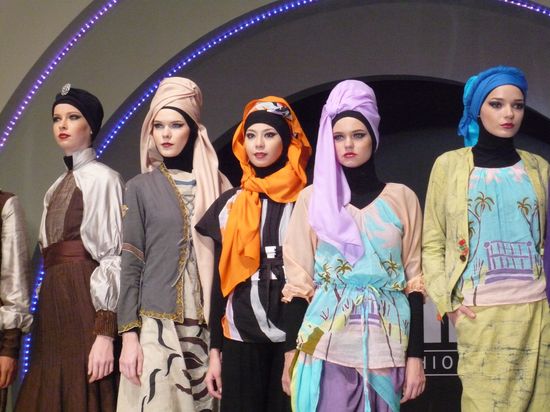 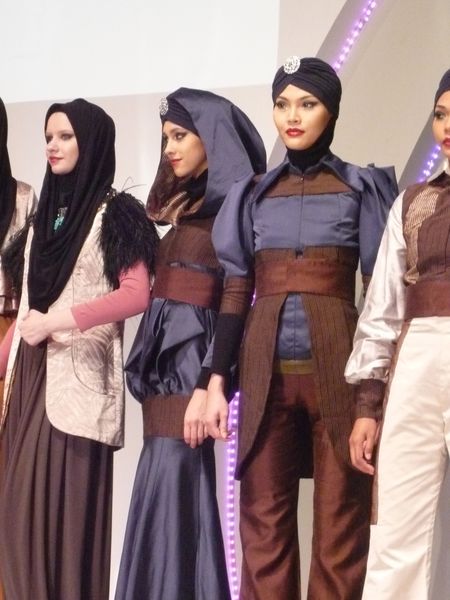 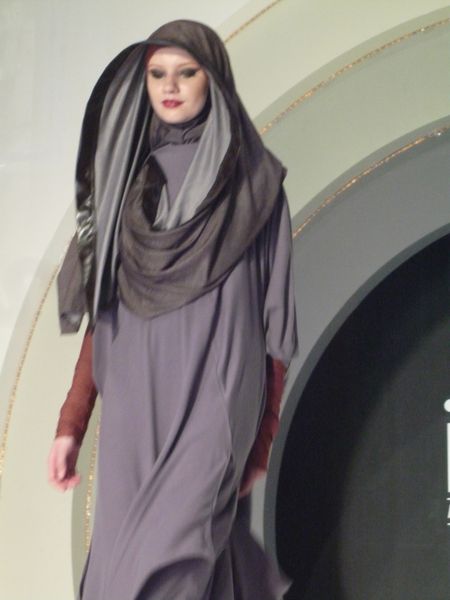 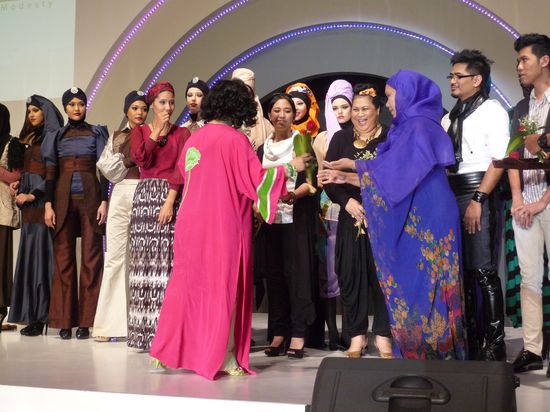