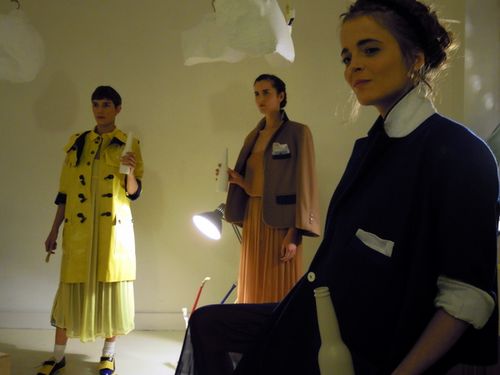 Alice Knackfuss' models posing on the second floor of L'Archiduc

During one weekend in October, Brussels becomes an interactive platform for designers and fashionistas, giving new names the opportunity to showcase their work throughout the city. This year's edition -under the artistic direction of Didier Vervaeren- was a great success, emphasizing the capital's energy and arty approach. I loved C