The last time I went to a haunted house, I was probably around 10 years old, and I don't recall being very scared. The low-budget production values and conventional take on what constitutes 'horror' were disappointing to me, even as a child. These days we're surrounded by all kinds of contemporary horrors that I never could have anticipated when I was younger, many of which would make for an excellent feature in a conceptually ambitious haunted house – a room with a single television, Poltergeist-style, playing Kim Kardashian's E! wedding special on permanent loop for instance, or perhaps being accosted by an actress wearing facial prosthetics to resemble Taylor from the Real Housewives of Beverly Hills… with reality television the thrilling possibilities are endless. 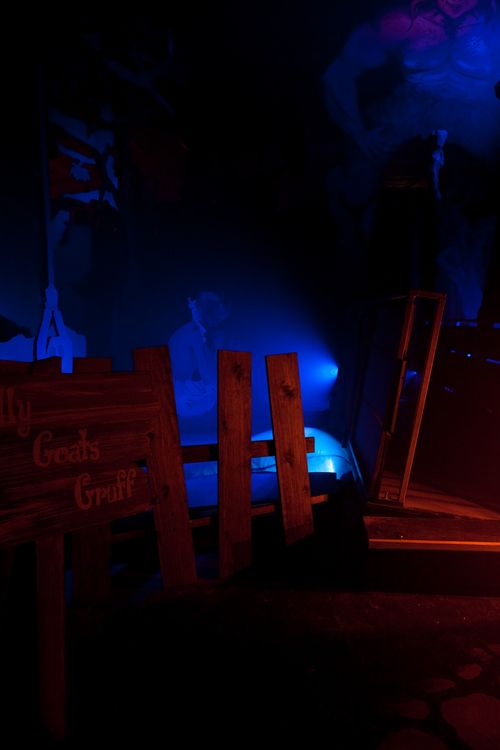 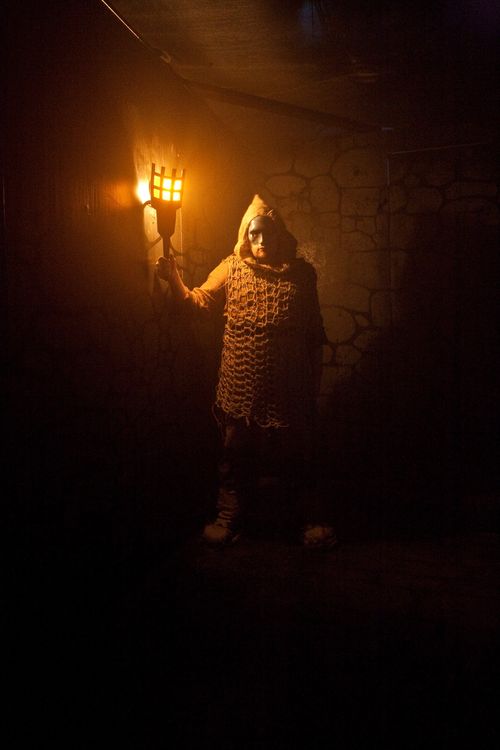 A different kind of creepiness is on display at Haunted: Fairy Tales, this year's iteration of creator and co-director, Timothy Haskell's annual haunted house installation. Set inside the Soto Velez Cultural Center in NY's LES, the journey to the dark side begins with a masked guide whose freakishly long blonde wig identifies her as Rapunzel. Guests wear a blindfold and, holding on to Rapunzel's hair, are led inside. Blindfolds off, they're made to line up in a row, as another set of masked characters attempt to mess with their heads. I won't go into more detail, so as not to spoil the effect, but it's a safe bet to say that at some point(s) you will scream. 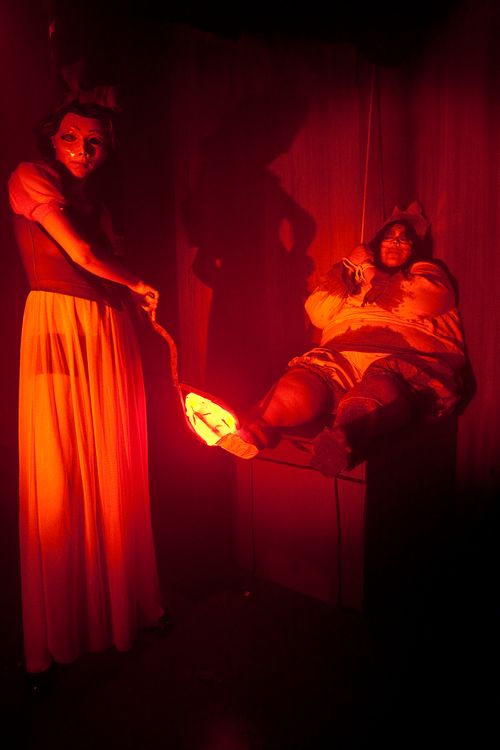 That's not to say that it couldn't be scarier – some of the set design is amateurishly executed, and the grotesque gags seem calculated to appeal to a mass audience (which, to be fair, is probably necessary in order to generate adequate ticket sales), but overall there are plenty of moments where you're not sure what you've signed up for. 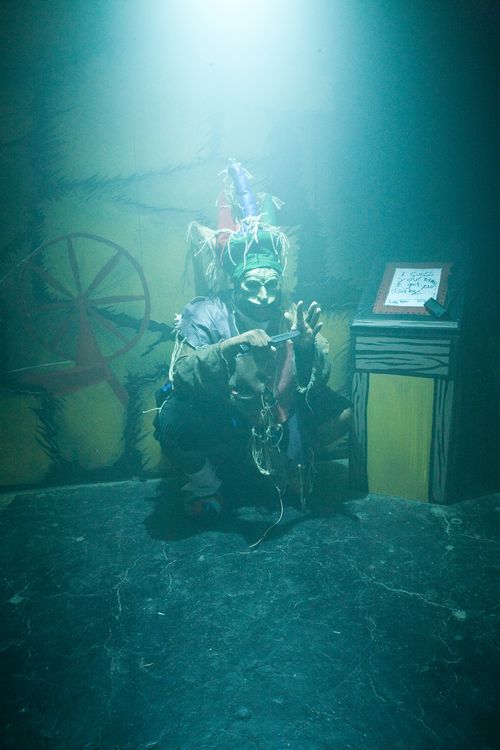 I'll keep the second part of the experience a secret, except to say, expect a much more psychological assault, somewhere between Fear Factor and MK-Ultra.

If you're in NY, book tickets now through November 5th.