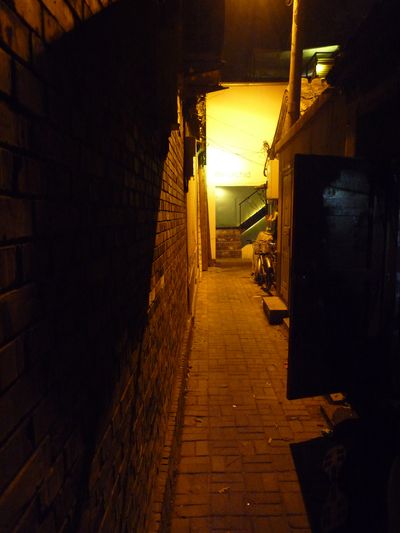 I arrived in Beijing yesterday and I feel so at home here in the Dongcheng District hutongs. I'm staying at The Orchid Hotel which is nestled right in the heart of this ancient 'hood and here's a photo of the very narrow alleyway leading to the hotel. If one ever needs to hide out from the US authorities or a stalking ex-lover, this is the place to do it. I feel so secluded here and also very and comfortable with this area's bustling street culture and down-to-earth locals.

Getting here was like a '50s screwball comedy, or Auntie Mame arriving in the Orient, as I had to schlep my large suitcase up the craziness of Baochao Hutong as the cab would not drive up it. The street was a mad, mid-day chaotic jam of cars, bikes, rickshaws, motorbikes, chickens and pedestrians. My friend Nancy is lucky she's arriving late on Monday as the only obstacles on Baochao Hutong after 7pm are some badminton players and a few bikers. 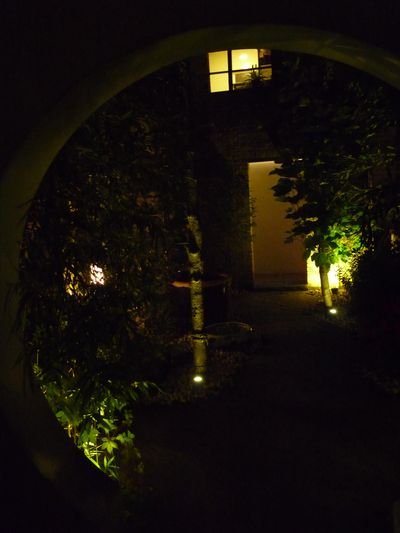 The courtyard of the Orchid Hotel last night. Will take more photos in the daylight. This very intimate hotel has 10 rooms, all different. I'm in one of the courtyard rooms now but Joel the owner mentioned he might move me for a few nights in the room that's perched above the hotel and has it's own private rooftop terrace. 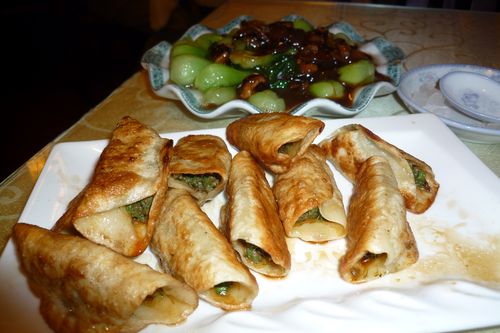 I pigged out at Mr. Shi's Dumplings right across from the Orchid and these were some of the best dumplings I've ever had. Pork and fennel but they were 80% fennel and only 20% pork so they were bursting with the flavor of fresh fennel and not weighed down by too much meat. The sauteed bok choy and mushrooms were delicious as well. 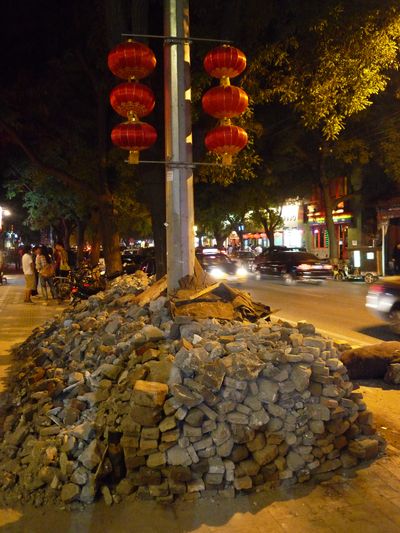 Mounds of grey courtyard house bricks are not an uncommon sight here.

Beijing Design Week starts this evening in Dashilar (south of Tiananmen Square). I'm now going to take a long stroll to the park above the Forbidden City. Internet is very dodgy here but will try to post more later.