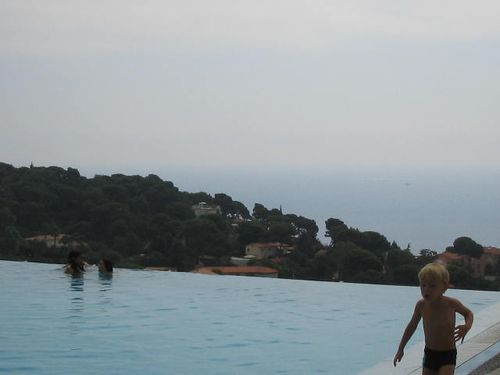 Above: Costa Plana's pool was meant to have an edge disappearing toward the sea that would drain off to create a waterfall, but it was impossible. A wall of flowers was installed instead.

I'm off to Berlin tomorrow and then Vienna Fashion Week next week but before I go, I wanted to share a report from my friend Corey who spent his summer holiday in the French countryside. 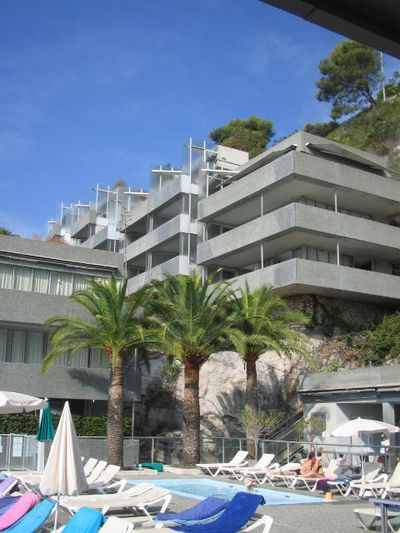 Above: Nouvel aimed for a design of