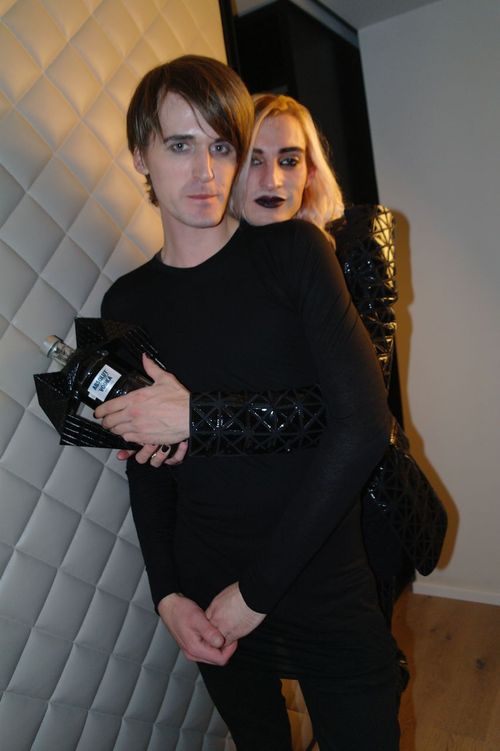 The party started at 19h, my kind of hours, and all I had to do was go a few floors up from my suite at the W London Hotel. I went by myself but felt instantly among friends.  Londoners know how to throw a party. At one point the couch on a lazy susan was spinning wildly, helped by Johnny Woo. 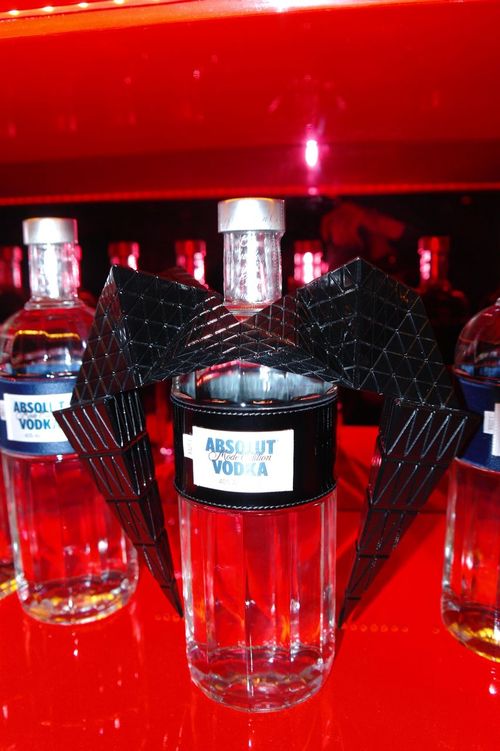 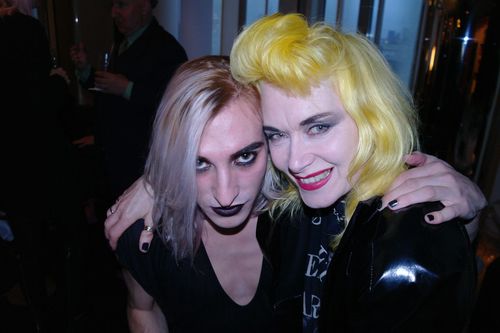 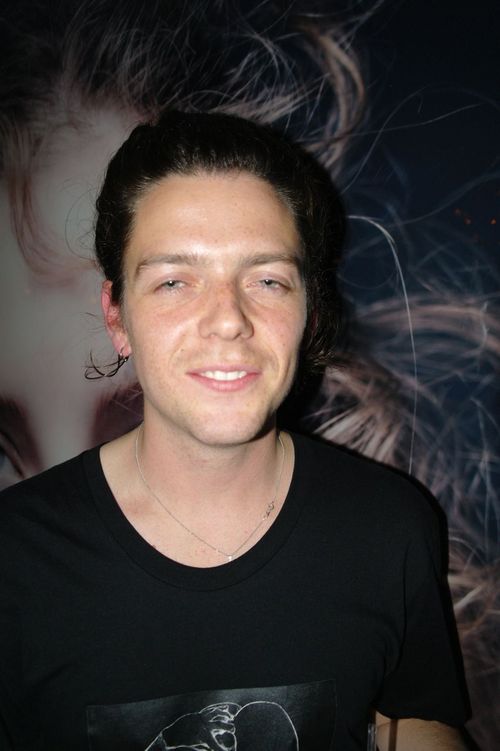 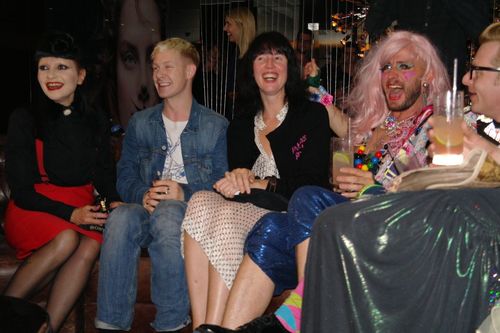 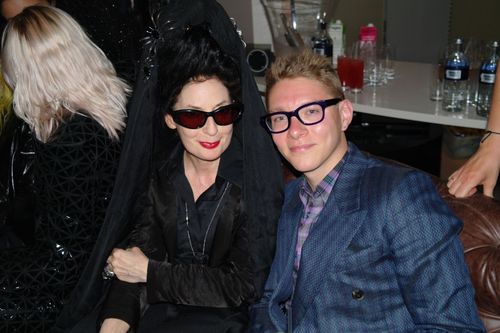 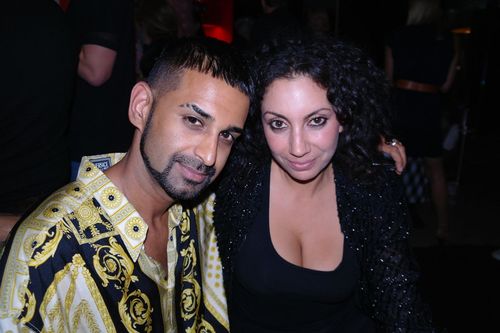 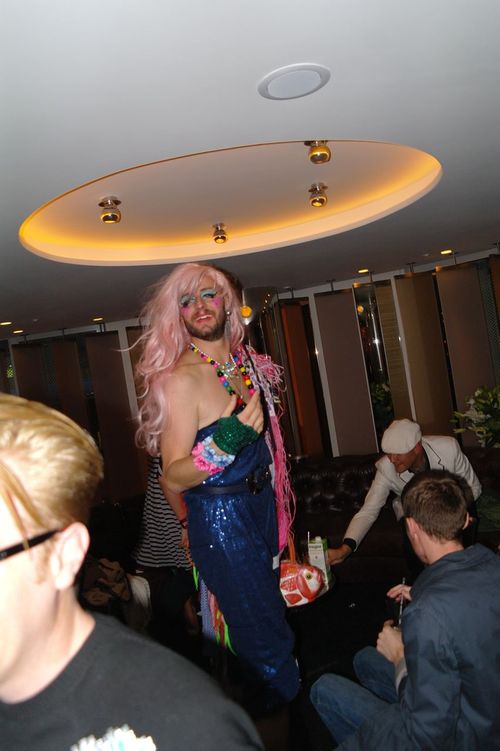 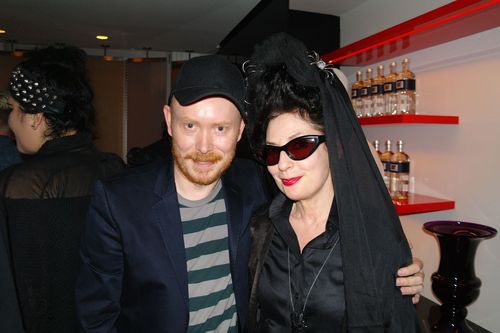 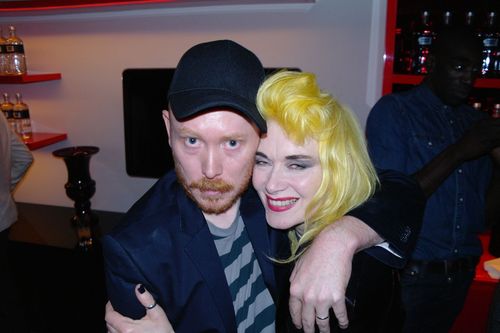 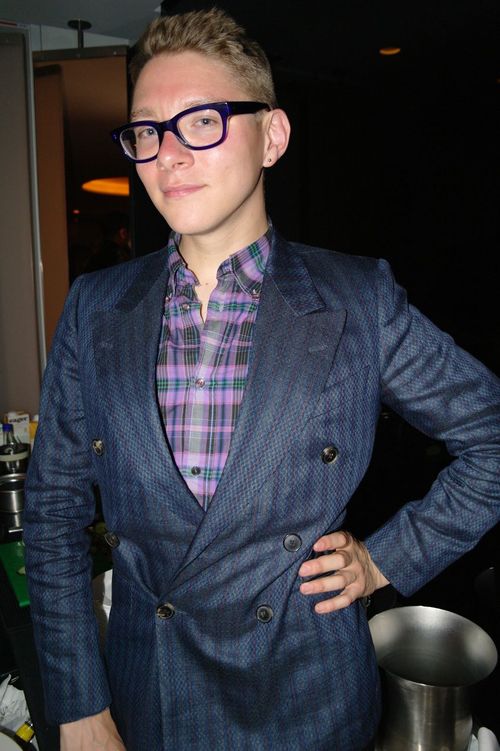 I told Gary Card that he was working a Mr. Pearl look in his hour glass cut jacket. 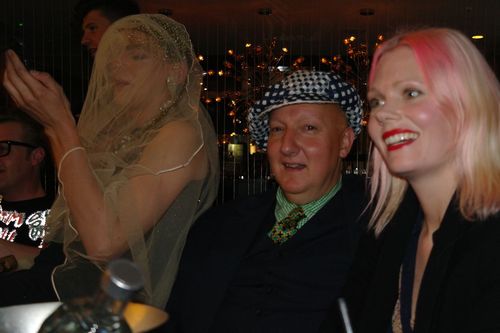 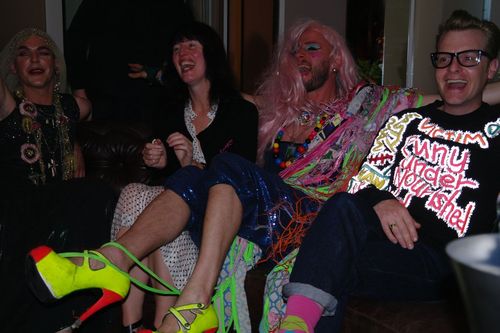