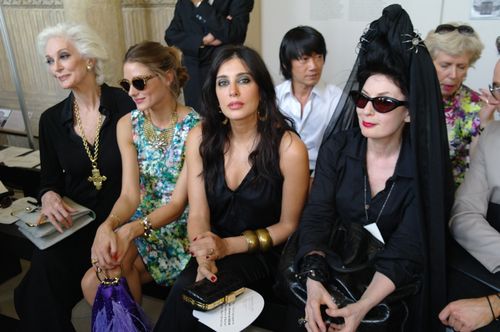 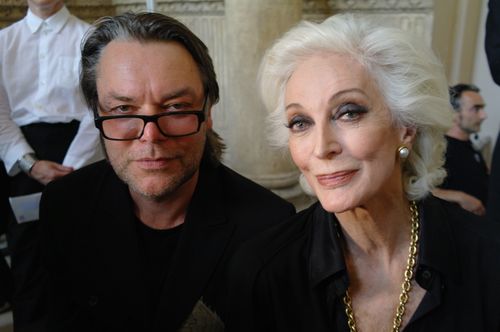 Illustrator David Downton with forever beautiful Carmen Dell'Oreficef> The stauesque beauty was the muse for the collection. She appears as a long and mysterious figure, just like a stroke of black ink topped with a white cloud. 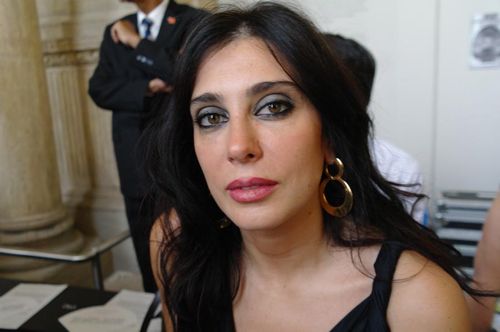 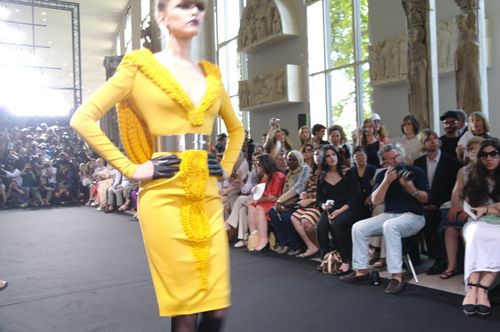 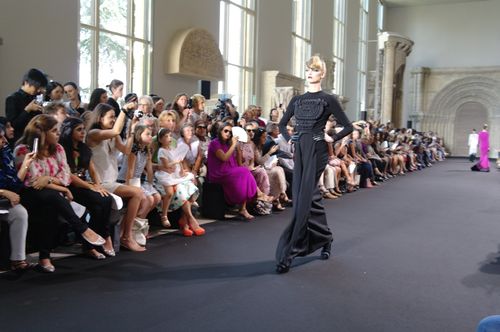 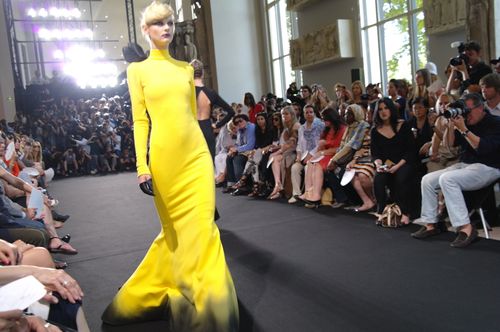 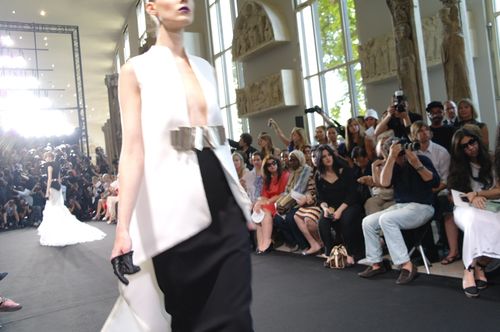 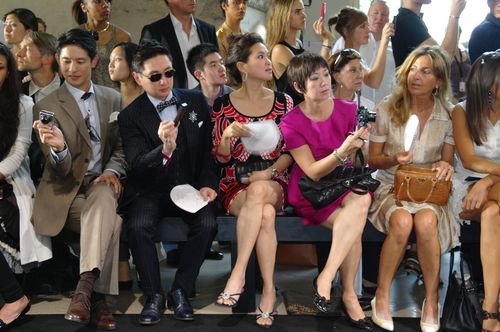 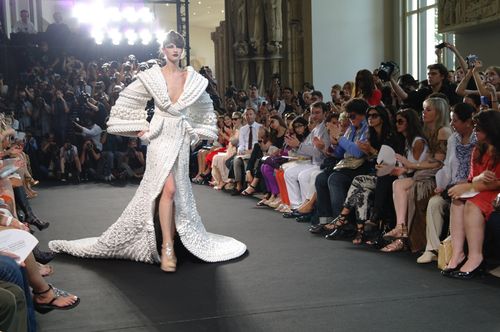 The audience went wild and ended up with a standing ovation, including a very enthusiastic Carmen. 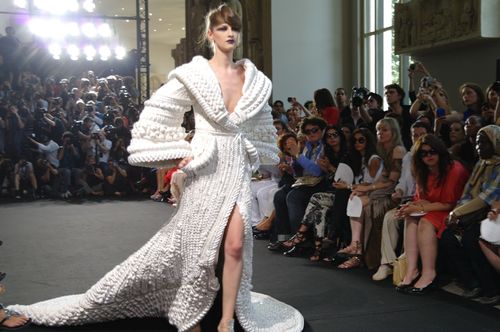