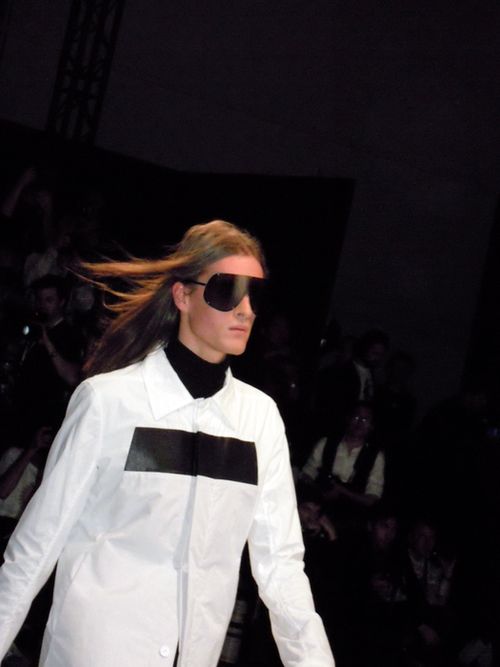 Besides delivering a strong, confident collection, with razor-sharp tailoring and plenty of skirts, Rick Owens came up with the next must-have, as far as stylish shades are concerned. I loved his black wraparound version, reminding me of an eye mask. So Yoko Ono. 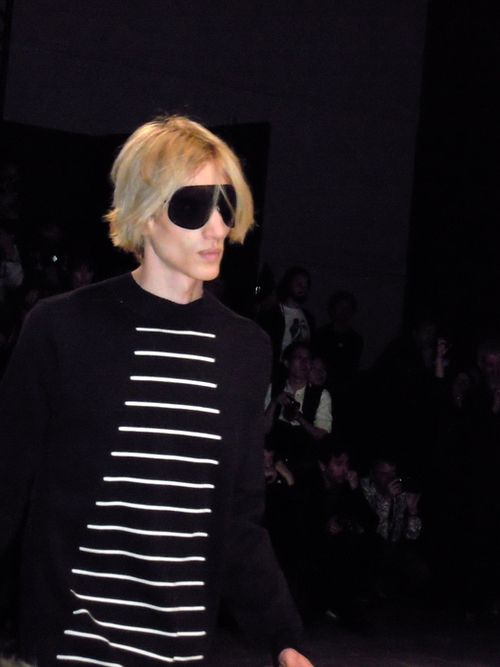