Dear Diane , dear shaded viewers the temporal dimensional is one of the keys of the artistic research  on the 54 Biennale. It happens in the video Clock by the  american artist Christian Marclay, a film screening for  24 hours where the  actors interact with the chronology, and the clocks in the movie always mark the same time of the public on the other side of the screen . 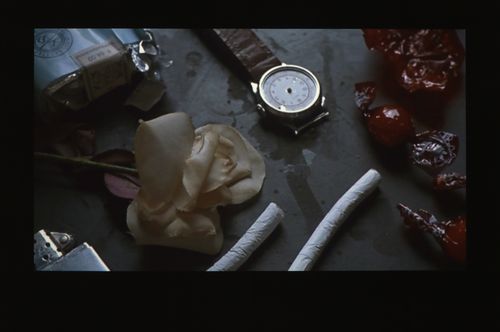 a frame of the video by Cristian Marclay

Chance  the installation at French pavilion by Cristian Boltanski.  " All my life I've been fascinated by the theme of chance, perhaps because I am a sort of survivor . For example in 1990 I did a permanent work in Berlin that questions this theme : there is a house that was hit by a bomb in 1945; it was hit right in the centre and its inhabitants were killed; the neighbours buildings were spared and no one was injured. Why were some killed and others saved? Was there a reason? Was it the will of a  higher power or just a matter of chance? " 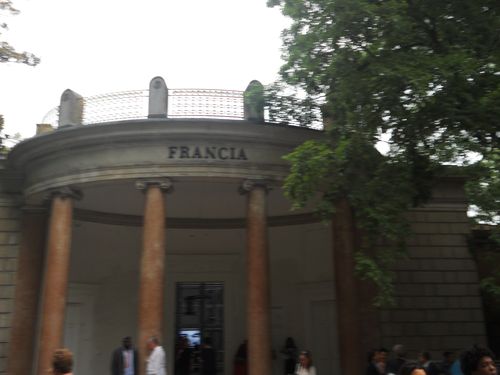 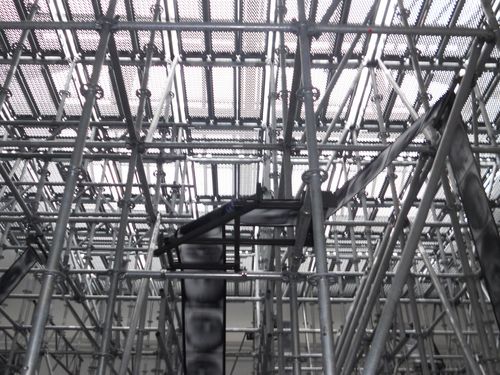 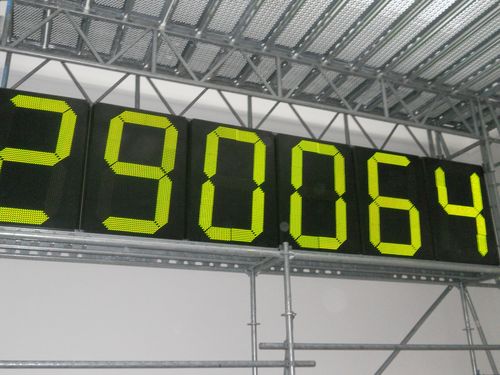 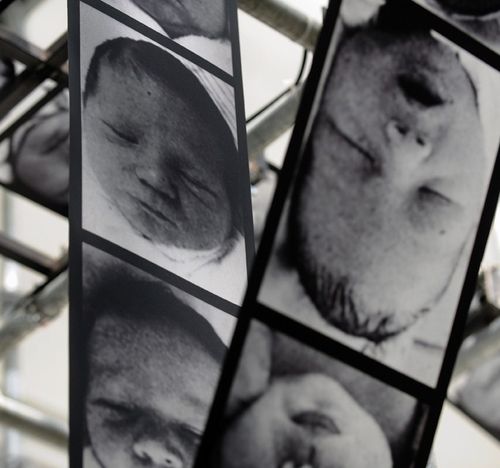 BE NEW :  Christian Boltanski the faces of 60 newborns Polish and 52 deceases Swiss are cut in three parts. They parade over the screen at hight speed and are them recomposed to form almost a milion and half of hybrid beings. Like them we are phisically just like a puzzle of those who have preceded us..

Lat News from Humans : Christian Boltanski, coloured numbers parade very quickly over large computers the green one in the photo indicates of all humans who are born in the world, I didn't take a photo of the red once that indicates the number of all those who die . Anyway, each day on everage there are 200,000 more children born than humans die , as Boltanski said "we will not be replaceable, but we are, happly replaced."